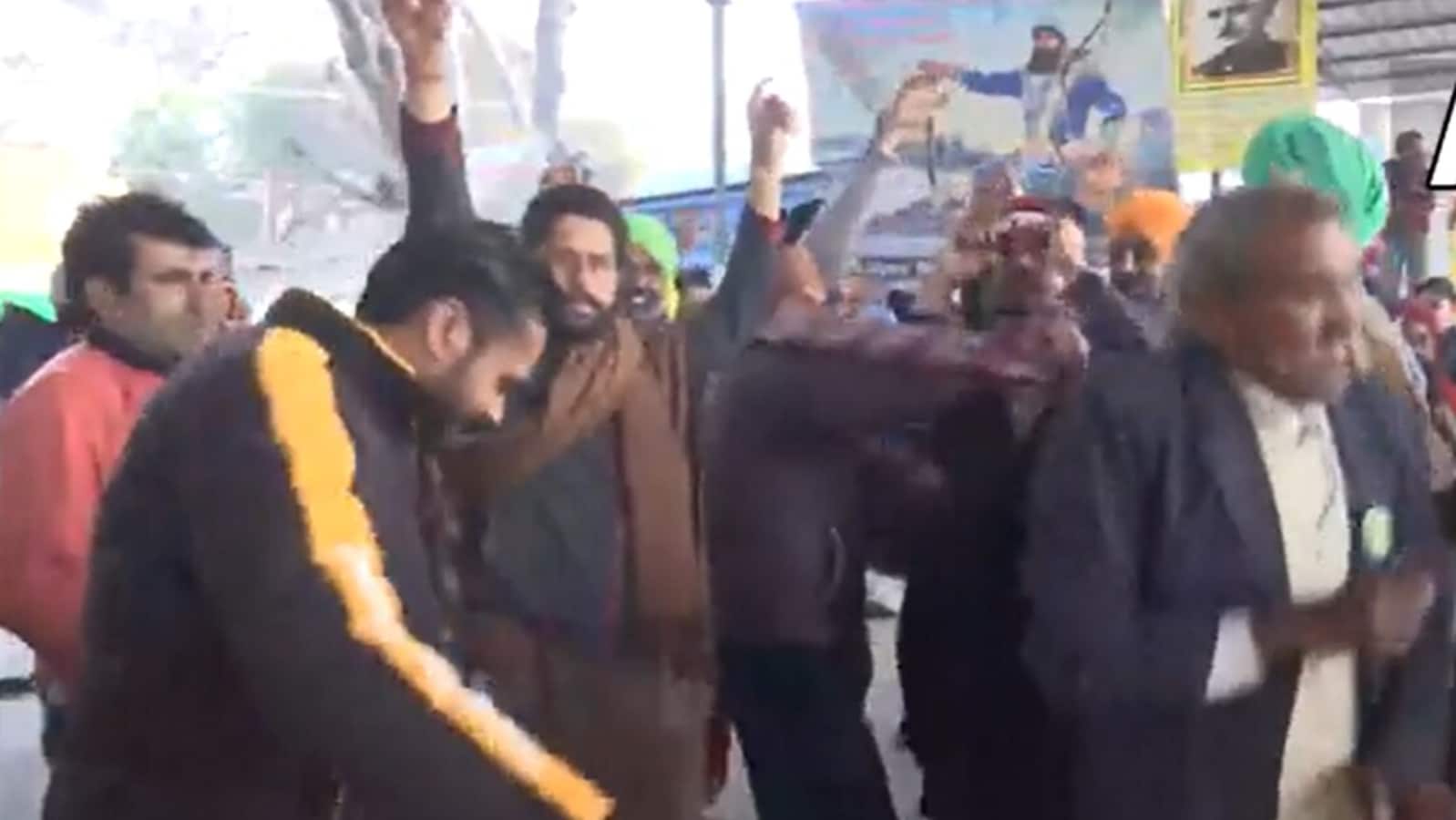 Farmers on Saturday celebrated as they prepared to leave the border points in Delhi following a year-long protest against the three farm laws, which have been now been repealed by the Centre.

In a video tweeted by news agency ANI, a bunch of farmers at Delhi’s Tikri border were seen dancing to a song as they set off for their homes in different states, including Punjab, Haryana, and Uttar Pradesh, after a successful culmination of the movement that went on for about nearly 13 months.

Other visuals tweeted by ANI showed farmers taking down their tents and settlements at the Ghazipur border connecting Delhi and Uttar Pradesh as they prepare to make their journey back to their homes.

Protesting farmers take down their tents at Ghazipur border (Delhi-UP border) as they prepare to return to their homes following the announcement of the suspension of their year-long protest. pic.twitter.com/mSAWOc2WOz

Bharatiya Kisan Union leader Rakesh Tikait informed that a large group of farmers will vacate the Ghazipur Border at 8am on Sunday.

“In today’s meeting, we will talk, pray, and meet the people who helped us. People have started vacating already, it will take 4-5 days. I will leave on December 15,” ANI quoted Tikait as saying on Saturday.

Meanwhile, the farmers have also lifted blockades on highways at the Singhu, Tikri and Ghazipur borders where they have been protesting against the farm laws.

The Centre has not only repealed the three farm laws but has also given a written assurance to fulfil their other demands, including constituting a committee for a legal guarantee on minimum support price (MSP) for crops.

Delhi: Farmers start removing their settlements from the Tikri Border, after the suspension of their year-long protest against the 3 farm laws & other related issues pic.twitter.com/4n0qZe1s3D

Thousands of farmers had been protesting at the borders of the national capital since November 26 last year to demand the repeal of the three farm laws. On November 29, a bill was passed in Parliament to repeal the laws, one of the main demands of the farmers.

Refusing to end their protest, farmers demanded that the government fulfil their other demands that included a legal guarantee on MSP and withdrawal of police cases against them.

The Centre accepted their demands following which the farmers decided to end their stir and said they will go back home on December 11 from the protest sites at Delhi borders.

‘This is real sign of democracy’: Irom Sharmila on Centre’s Afspa...

Policy book calls for reforms along the lines of 3 repealed...

All-party meet in Kerala:Flags, ads to be allowed without hindering traffic