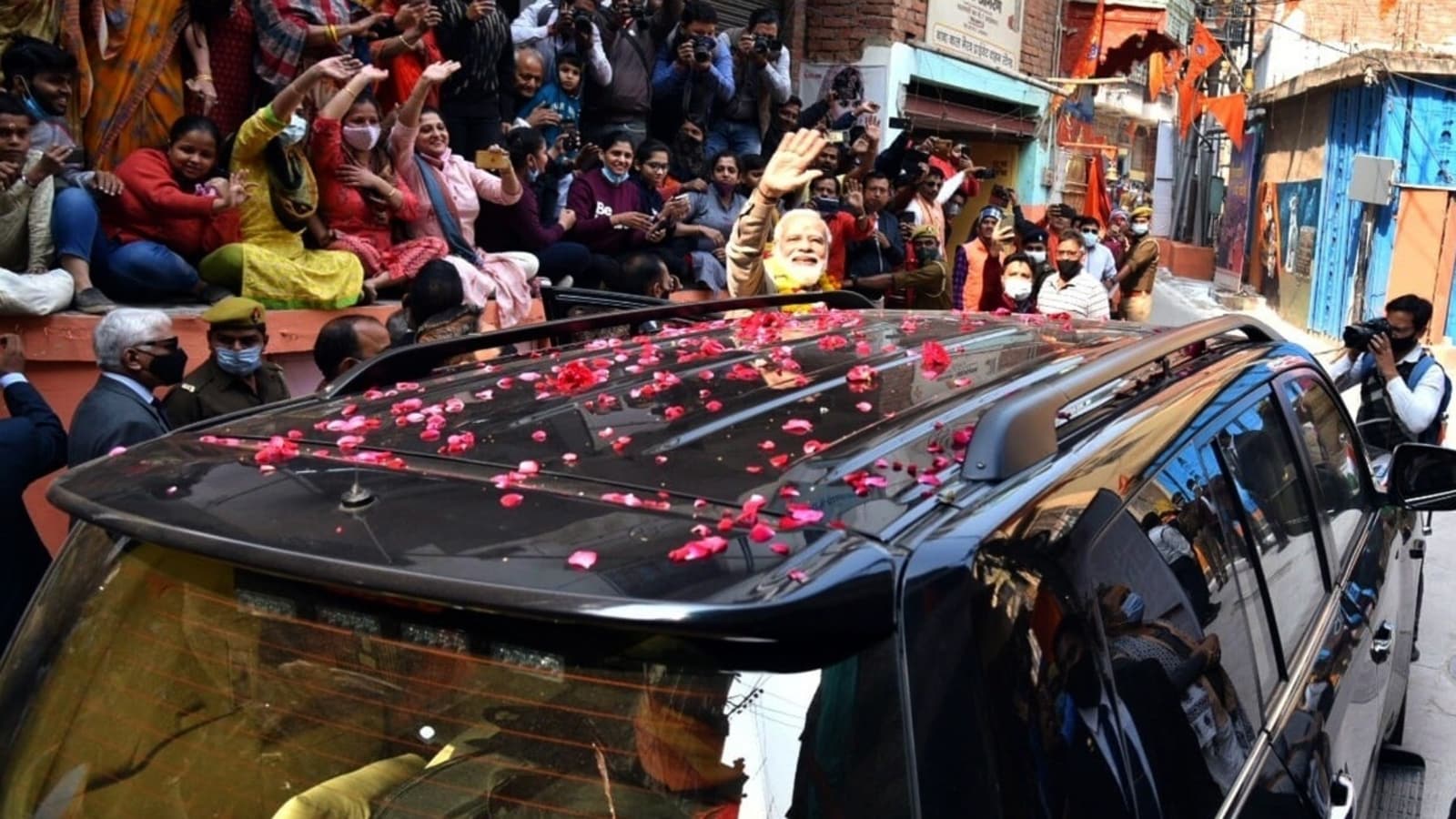 Prime Minister Narendra Modi received a rousing welcome from the residents of Varanasi – his Lok Sabha constituency – where he arrived on Monday to inaugurate Phase 1 of the Kashi Vishwanath Corridor, constructed at a cost of ₹339 crore.

In a video tweeted by news agency ANI, a large gathering of people can be spotted who arrived to welcome PM Modi in Varanasi. Most of them are seen taking pictures of the Prime Minister.

PM Modi, dressed in a white kurta and adorned with flower garlands, is seen waving at the crowd with both arms. As seen in a 17-second-long clip, he later joins his hands to say goodbye and leave.

In another clip tweeted by ANI, residents are seen showering rose petals and shouting slogans of ‘Modi, Modi’ and ‘Har Har Mahadev’ as PM Modi’s car rides past them. When the car stops briefly, a saint offers the Prime Minister a turban and a saffron scarf.

The PM is on a two-day visit to the city to inaugurate Kashi Vishwanath Corridor project pic.twitter.com/155VrYjEpT

PM Modi then travelled in a double-decker boat to the Lalita Ghat from Khirkiya Ghat to visit the Kashi Vishwanath Temple along with Uttar Pradesh chief minister Yogi Adityanath.

On his arrival in the city, the Prime Minister offered prayers at Kaal Bhairav Temple.

“I am overwhelmed. After some time, we all will witness the inauguration of the Kashi Vishwanath Dham project. Before this, I had darshan of Kaal Bhairav ji, the Kotwal of Kashi,” PM Modi tweeted in Hindi.

The Prime Minister is on a two-day visit to Varanasi.

Tea leaves, dry grass — prisoners smoke just about anything to...

AIADMK leader to walk out of jail as HC grants bail...

In Goa, no rift but uneasy peace between Russians, Ukrainians