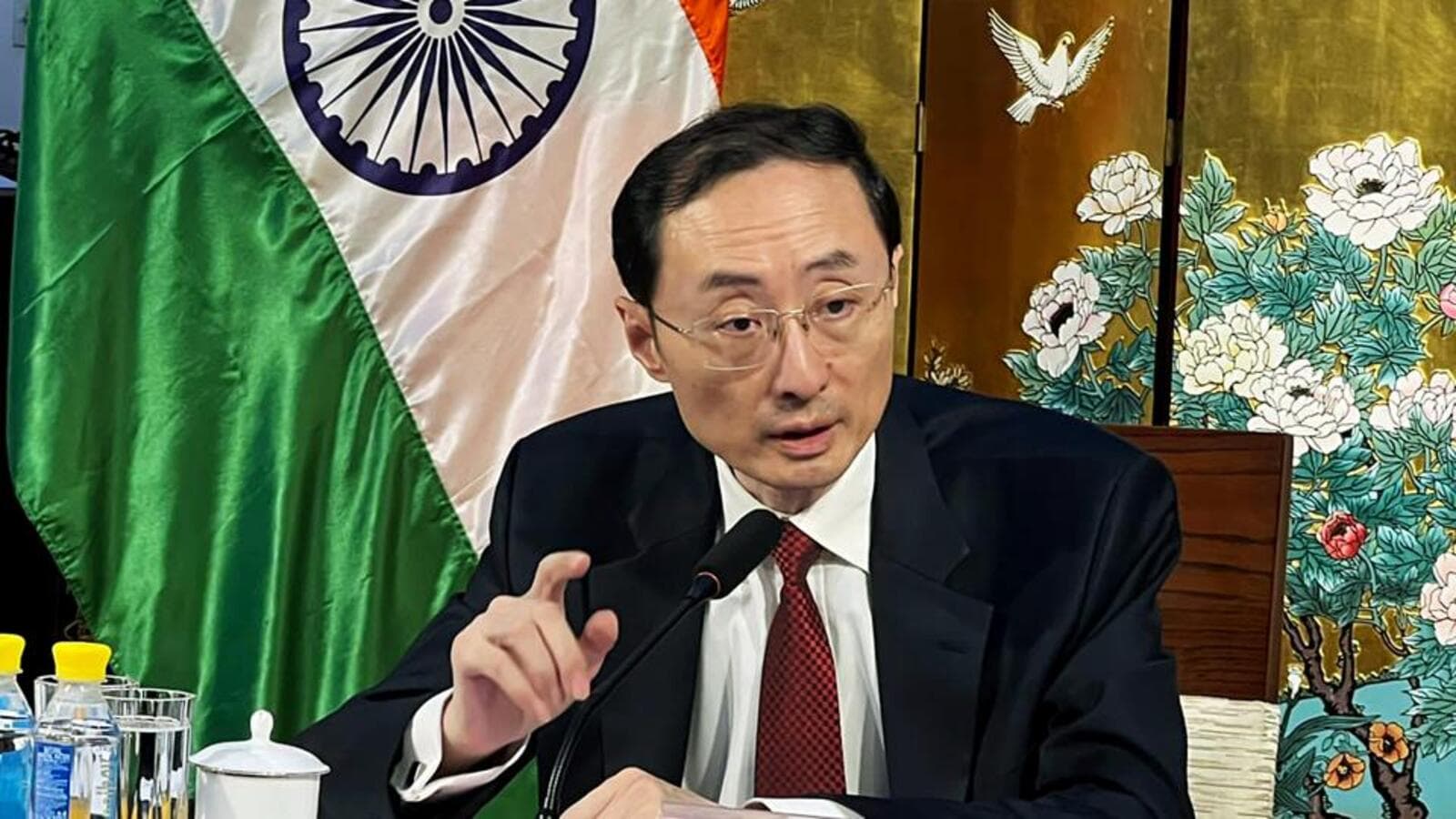 NEW DELHI: China hopes India will reciprocate its efforts to bring bilateral ties back on the right track following the standoff on the Line of Actual Control (LAC), and reiterate the “one-China” policy in light of recent developments in the Taiwan Strait, Chinese ambassador Sun Weidong said on Saturday.

The envoy made the remarks at a media roundtable with a small group of journalists a day after India evaded any mention of the “one-China” policy while opposing unilateral actions to change the status quo in the Taiwan Strait following tensions triggered by US House Speaker Nancy Pelosi’s visit to the self-governed island of Taiwan.

Sun reiterated China’s stated position that the US and Pelosi were solely responsible for the tensions and that Beijing’s response in the matter – including military drills and sanctions on the US House Speaker – was justified and legitimate. He also repeated China’s position that Indian and Chinese troops had disengaged at “most points” in the Ladakh sector of the LAC and the current border situation is “overall stable”.

Responding to a question from Hindustan Times about the gap between the two sides – with Chinese foreign minister Wang Yi talking of a “momentum of recovery” in bilateral ties whereas his Indian counterpart S Jaishankar has said there can be no normalisation of relations till the border issue is resolved – and how this could be bridged, Sun said China hopes its efforts to bring matters back on the “right track” will be reciprocated by India.

“We will attach importance to China-India relations and work hard to bring it back to the right track,” he said. “We hope that this kind of effort could be reciprocated from the other side and we do believe that when we achieve such kind of a target, it will definitely benefit not only both of us, but also the region and the world.”

India and China are locked in the standoff since May 2020, with both sides deploying some 50,000 troops each in the Ladakh sector. A brutal clash at Galwan Valley in June 2020 killed 20 Indian soldiers and at least four Chinese troops, and the two sides have disengaged frontline forces only at Pangong Lake and Gogra despite holding 10 rounds of diplomatic ties and 16 rounds of military talks.

Sun said, “China is making all the efforts to strengthen our communication and deepen our understanding so as to avoid any kind of misjudgement or misunderstanding.”

The Chinese side, he said, hopes India will provide an “open, inclusive environment” for mutually beneficial cooperation. It is also important for both sides to coordinate at the global level on challenges such as food and energy security and climate change, he added.

“It is natural for our two big neighbours to have differences. The important thing is how to handle this,” he said, adding that the two sides should manage differences and prevent them from “becoming new disputes”.

On the issue of Taiwan, Sun reiterated China’s position that it will not renounce the use of force to reunite the island with the mainland and called for understanding of his country’s efforts to safeguard its sovereignty and territorial integrity. In this regard, he called on India to reiterate the “one-China” policy.

Asked about the importance of sovereignty and territorial integrity in the case of both Taiwan and the LAC standoff, Sun asserted that the two issues couldn’t be compared.

The Taiwan question is “purely an internal affair” because the island has “always been and always will be part of China”, and finding a solution is “purely the business of the Chinese government,” with no room for foreign forces, he said.

The India-China boundary issue, on the other hand, is a “historical burden left over by the colonialists”, he said.

Responding to another question on China blocking recent India-US bids to designate Lashkar-e-Taiba (LeT) leader Abdul Rahman Makki and Jaish-e-Mohammed (JeM) leader Abdul Rauf Azhar at the UN Security Council, Sun said China participates in the work of the UN’s 1267 sanctions committee in a “constructive and responsible manner and in strict accordance with the rules and procedures”.

“That doesn’t mean China has changed its position on counter-terrorism measures,” he added.

Vijay Varma on working with Alia Bhatt in Darlings: ‘Glad she...

Kerala SSLC exam result 2022 to be released on June 10

Man murders wife, two-year-old in Chandigarh village, then hangs self

Bengal preps for elections in 108 civic bodies on Sunday; TMC...