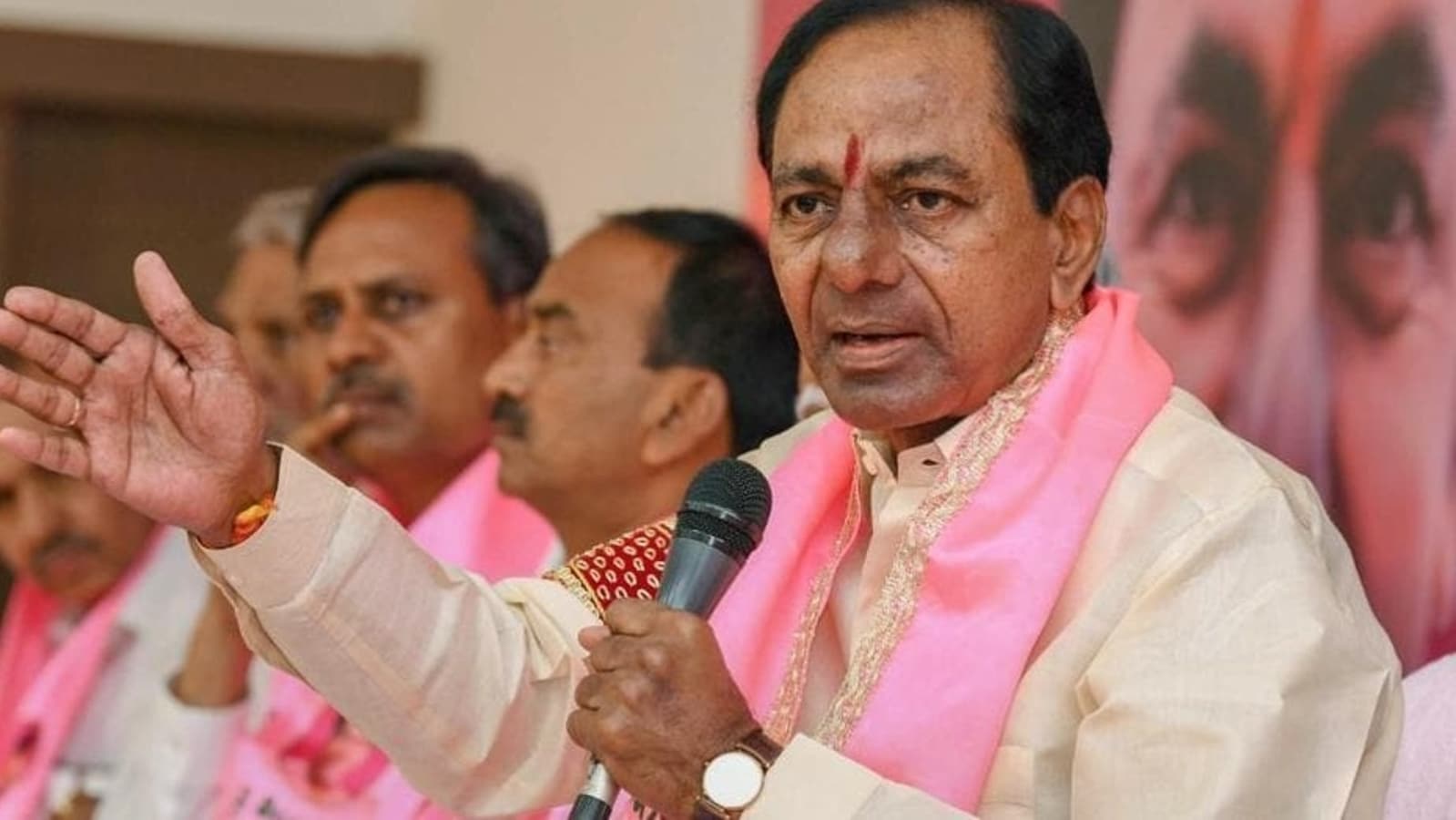 Telangana chief minister K Chandrasekhar Rao on Sunday attacked the Narendra Modi-led Central government, claiming they lied regarding the international crude oil prices. “Crude oil prices were 105 US dollars in 2014 and now it is 83 US dollars. BJP lied to the public saying that prices of petrol and diesel have increased internationally,” news agency ANI quoted Chandrashekhar Rao as saying in Hyderabad on Sunday.

“What has BJP done in the last 7 years? India’s GDP is less than Bangladesh, Pakistan and Centre has increased taxes unnecessarily,” KCR, as the Chief Minister is popularly known, said.

He also raked up a report given by the Pentagon to the US Congress confirming that China has intruded 4.5 km within the territory of Arunachal Pradesh. “China is attacking us in Arunachal Pradesh but Centre hasn’t taken any action,” the Telangana CM said, continuing his tirade against the Centre.

Alleging that the Telangana Bharatiya Janata Party leaders are claiming they would file cases against him and send him to prison, KCR dared the leaders to touch him. “We’ll cut your tongues if you pass unnecessary comments on us,” KCR warned.

We’ll cut your (TS BJP leaders) tongues if you pass unnecessary comments on us. China is attacking us in Arunachal Pradesh but Centre hasn’t taken any action: Telangana CM K Chandrashekhar Rao

KCR further extended his support to farmers’ stir and said his party would not allow the Centre to rest until those “anti-farm laws” are withdrawn.

Hundreds of farmers have been camping at Delhi borders since November last year and demanding that the government repeal the three farm laws –  Farmers’ Produce Trade and Commerce (Promotion and Facilitation) Act, 2020; Farmers’ (Empowerment and Protection) Agreement on Price Assurance and Farm Services Act, 2020; and the Essential Commodities (Amendment) Act, 2020.

No objection to Gita in schools: Siddaramaiah