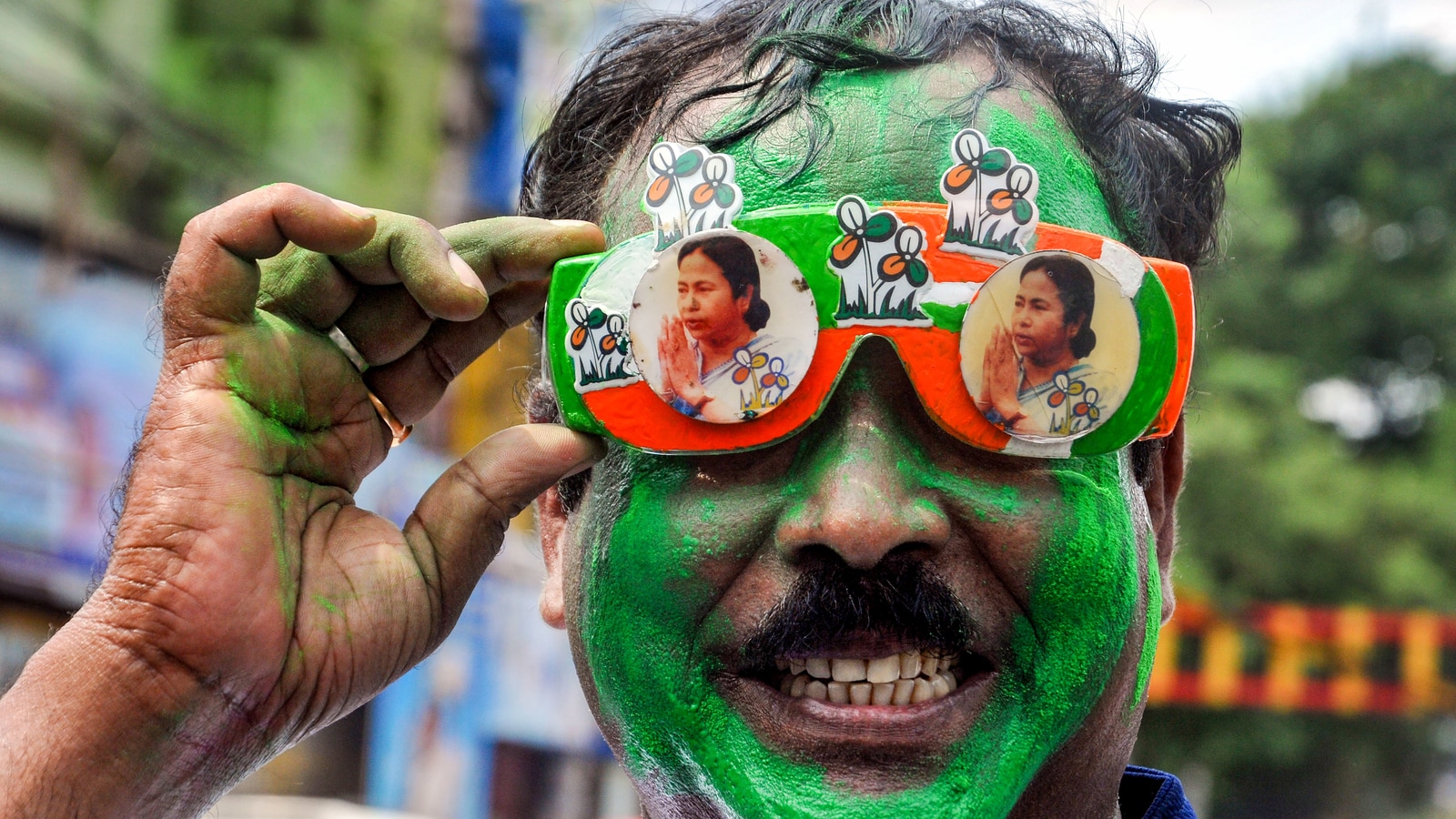 Bypolls to four assembly constituencies in West Bengal, including Dinhata, Gosaba, Khardaha and Santipur, were held on October 30.

The Trinamool Congress (TMC) was leading in all the four assembly constituencies in West Bengal where bypolls were held on October 30, early trends showed on Tuesday morning as the counting of votes continued.

The bypolls were held in four assembly constituencies in West Bengal, including Dinhata, Gosaba, Khardaha and Santipur.

In Dinhata, Trinamool Congress heavyweight Udayan Guha contested against Bharatiya Janata Party’s (BJP) Ashok Mandal to reclaim the seat that the BJP had won by a thin margin in the assembly elections held earlier this year. Guha was leading by more than 14,000 votes after the second round of counting.

The bypoll to Dinhata was necessitated after BJP’s Nisith Pramanik was elevated as a Union minister of state during the recent Union Cabinet reshuffle. Pramanik vacated his seat to be at the Parliament.

Similarly, the bypoll to Santipur assembly constituency was held after BJP MP Jagannath Sarkar gave up his assembly seat to retain the Lok Sabha membership. At the bypolls, TMC’s Braja Kishor Goswami was leading by 6,365 after the first round of counting.

3 days on, no clarity on cause of collapse of Ramban...

In UP, 13-year-old girl allegedly raped by SHO when she went...

How household incomes were affected by Covid