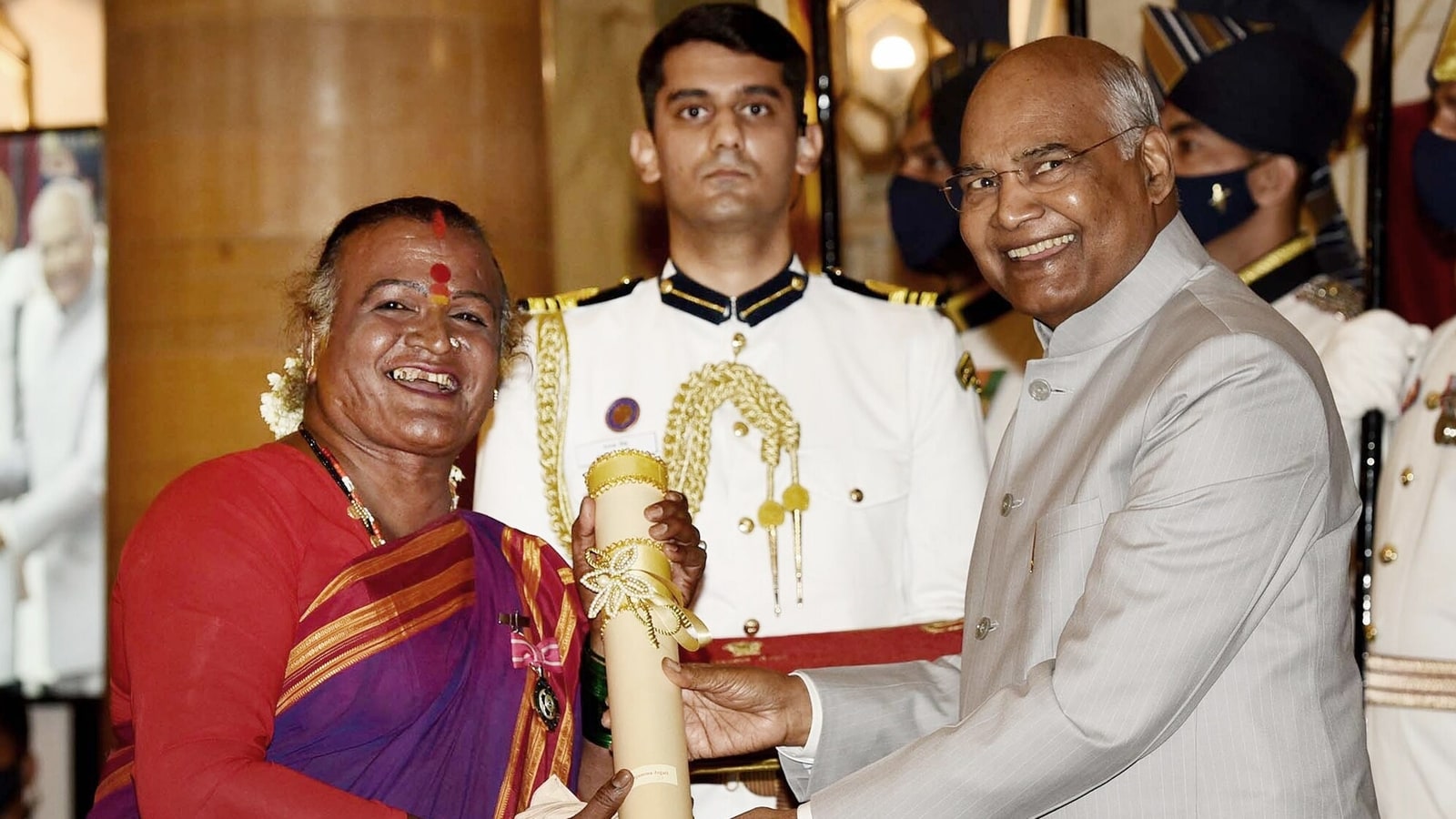 Transgender folk dancer Matha B Manjamma Jogati was honoured with a Padma Shri award for her contribution to arts by President Ram Nath Kovind on Tuesday at a ceremony at Rashtrapati Bhavan. In a clip tweeted by the news agency ANI, Manjamma Jogati is seen performing a unique gesture to greet the President at the ceremonial event. Many people on social media have said that it was to wish President Kovind luck.

Vice President Venakaih Naidu and Prime Minister Narendra Modi were also present at the event along with other senior dignitaries. The Padma awards are conferred on civilians to honour their distinguished service in a field of activity.

Born in Ballari district of Karnataka as Manjunatha Shetty, was part of a Jogappa ritual when she was 15 years old. In this, a devotee is believed to be married to a god or goddess. Following this, Manjunath became Manjamma Jogathi and was restricted from coming back home.

Over the years, Manjamma faced extreme poverty and abuse before finding love for folk dance. She then mastered the art form of Jogathi Nrithya through Kallava Jogathi and began performing across the state.

Manjamma also went on to become the first transgender president of Karnataka Jaanapada Academy, a government body for performing arts in Karnataka.

In Serbia, Putin’s a ‘Brother’ and Russia a fellow victim of...

Ahead of I-Day, DRDO deploys its counter-drone system near Delhi’s Red...

TSTET 2022 Result declared; how to check