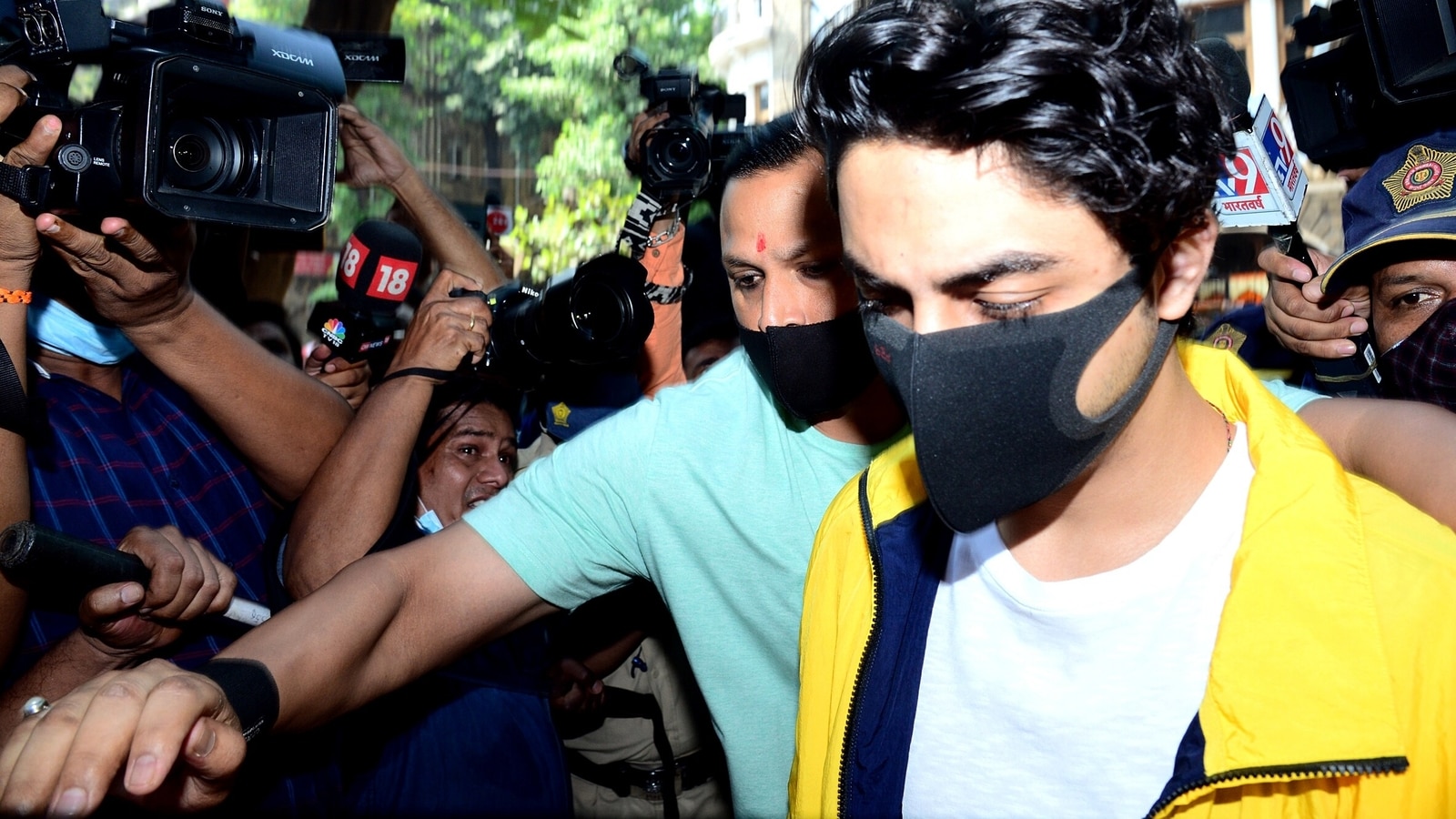 Aryan Khan has to be present every Friday at the NCB office in Mumbai, his bail conditions states. Apart from that, he has to be present whenever the NCB summons him for the purpose of the investigation, it was said. Now the new SIT has again summoned him as they have taken over the case.

As the drugs-on-cruise has now been transferred to a special investigation team of the Narcotics Control Bureau, comprising officials from New Delhi, Bollywood actor Shah Rukh Khan’s son Aryan Khan has already been summoned to appear before this new team probing the case. News agency ANI reported Arbaaz Merchant and Achit Kumar already reached the NCB office on Sunday. It is not yet known whether Aryan Khan has been given any time frame when he has to report to the special investigation team.

Since Aryan’s case is not the only case that has been transferred to this Delhi team, Nawab Malik’s son-in-law Sameer Khan is also likely to be summoned as his case has also been transferred from NCB Mumbai to NCB SIT. The transfer of the case came at a time NCB Mumbai chief Sameer Wankhede is facing a vigilance probe. The central agency, however, said the cases have been shifted because of the national importance of the cases.

Aryan Khan and Arbaaz Merchant, friends from childhood, were arrested from a Goa-bound cruise party on allegations of doing drugs. Achit Kumar was arrested later based on the information given by Aryan and Arbaaz who told investigators that Achit got them drugs. All three of them are now out on bail. According to Aryan and Arbaaz’s bail conditions, they have to visit the NCB office every Friday. In addition, they will have to be present at the NCB as and when required for the investigation.

The Aryan Khan case is now under Deputy Director-General Sanjay Kumar Singh who is heading the SIT. Sameer Wankhede will assist in the investigation, he said.

Apart from the Aryan Khan case, the other five cases that now lie with the SIT include the Samir Khan case (son-in-law of Nawab Malik), the Mumbra case, Jogeshwari case, Dongri case and Armaan Kohli case.

The cruise case took a bigger political turn because of the involvement of Shah Rukh Khan’s son as the Nationalist Congress Party and the BJP are now trading barbs over the case. Meanwhile, some reports claimed Shah Rukh Khan visited Delhi at the weekend and was seen at a private airport in Mumbai as he returned on Sunday.

Bradley Cooper is unrecognisable as Leonard Bernstein in biopic Maestro

Family narrates ordeal of woman who died by suicide in New...

Why caste among Muslims must be studied