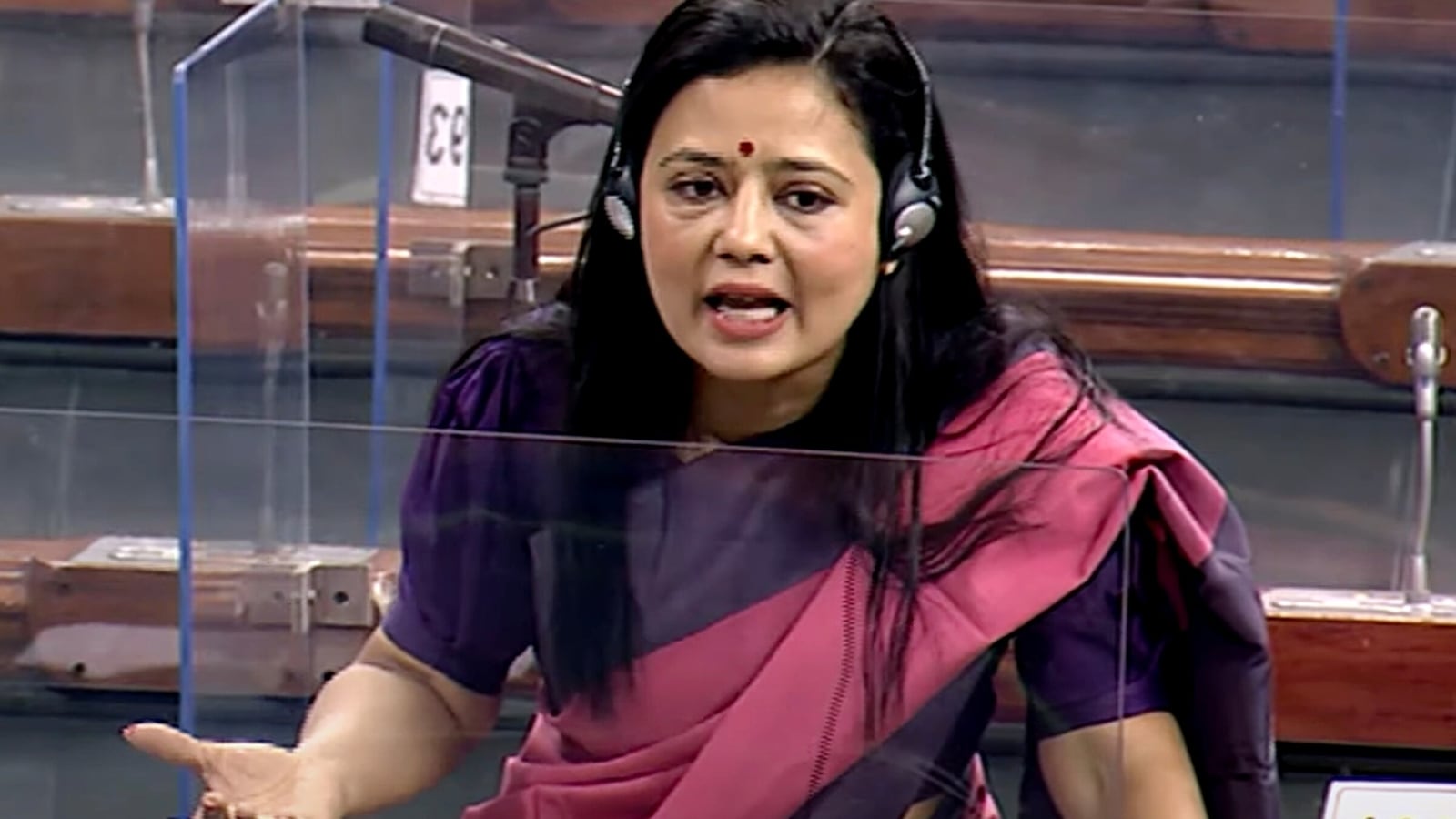 Mahua Moitra will have to join the BJP to contest elections, BJP leader Saumitra Khan said after the video of Mamata rebuking Mahua at an administrative meeting went viral.

Reacting to the viral video of Trinamool supremo Mamata Banerjee rebuking Lok Sabha MP Mahua Moitra, BJP MP Saumitra Khan on Saturday said Mahua will not be able to stay in Trinamool for long. Mamata Banerjee pulls back whoever races ahead of Abhishek Banerjee and that’s why one can only be a worker in the party, not a leader, Khan said.

“She will not be able to stay in TMC for long. Earlier, Arpita was a good MP from TMC, they removed her too because Mamata uses people. Moitra will not be able to get a ticket from TMC after two years,” Khan told news agency ANI adding that Mahua will have to join the BJP within two years.

“Only the position of her nephew can remain forever. Mahua Moitra speaks well, she is progressing which Mamata is not liking. Moitra will have to join the BJP after two years to contest the elections. We are waiting for it and we will see it happening,” the BJP leader said.

Mahua Moitra has an identity in Parliament while Abhishek Banerjee does not have any influence there, the BJP leader said.

A day after the video of an administrative meeting went viral, Mahua Moitra on Saturday retweeted Mamata Banerjee’s announcement of Griha Laxmi Card for women in Goa, of voted to power.

In the viral video, Mamata Banerjee told Mahua there should not be any difference of opinion regarding who will get a ticket as the party will take that decision. “Mahua, let me give you a clear message here. I do not see who is in whose favour or against. I do not believe in the politics of putting up a show on YouTube, paper, digital etc. This kind of politics can not sustain for long. And it is not right to expect that one person will be at one post forever,” Mamata said to which Mahua nodded. Mamata’s comments were regarding the local unit of the party, reports said.

Chris Rock: his comedy and entertainment career, and earlier encounters with...

Demand up, output down: Atta prices at record high

Keeping up with UP | An emotional Amethi welcomes Rahul. But...

Newsmaker | The MLA vs the bulldozer: Brick by brick, the...

UT extends deadline for filing objections to May 6