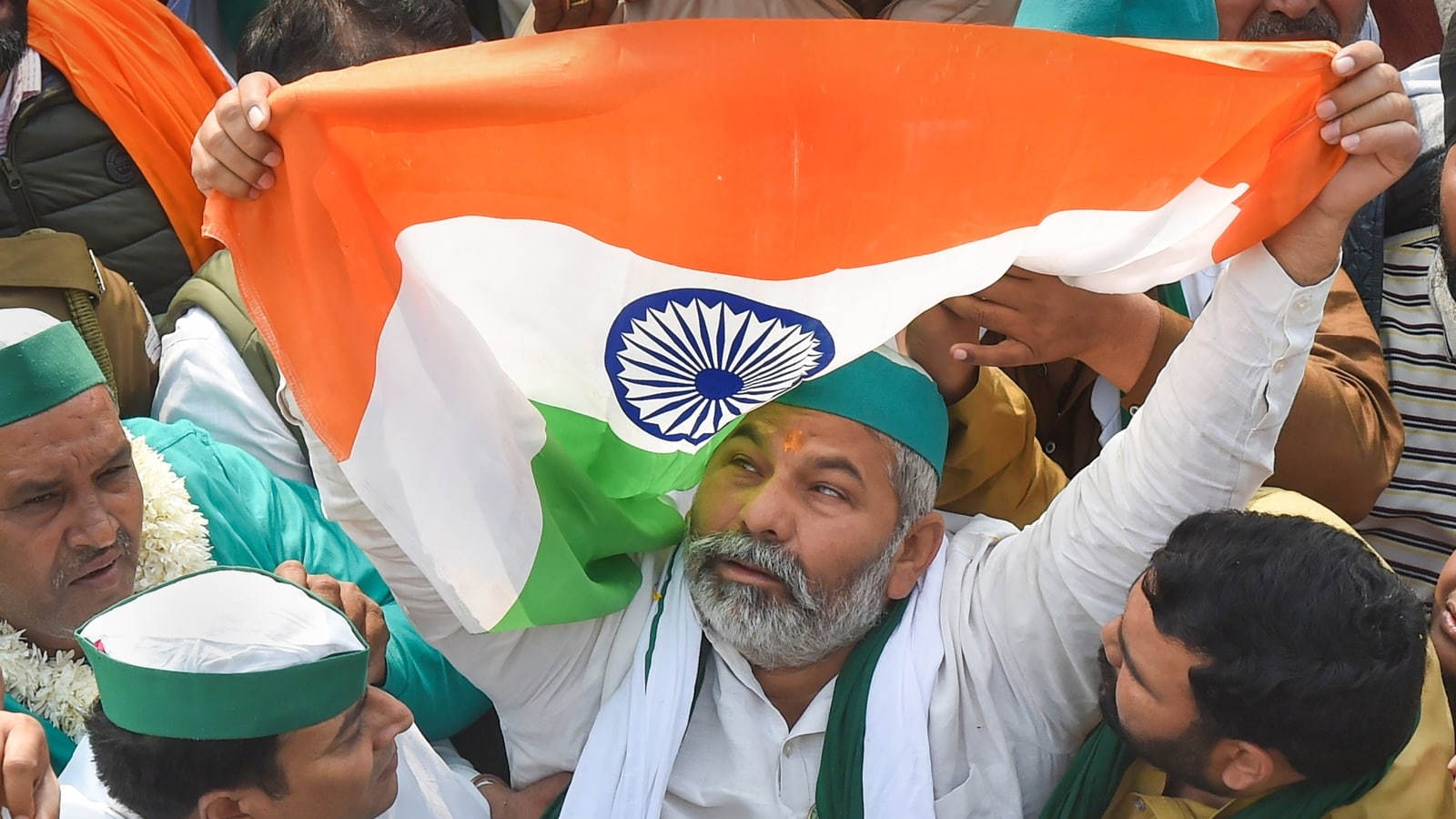 Bharatiya Kisan Union (BKU) leader Rakesh Tikait has said he will not contest any elections as he returned to Meerut after spearheading a year-long protests against now withdrawn farm laws. He also urged political parties to not use his photos or name in their posters. “I’m not going to contest any election and no political party should use my name or photo in their posters,” news agency ANI quoted the farm leader as saying.

Tikait is the national spokesperson of BKU, a farmers’ outfit which is a part of the Samyukta Kisan Morcha (SKM), an umbrella body under which the farmers had banded together to protest against the three legislations. The laws were enacted by the government in September last year, with an aim to open the agriculture sector to the private players.

However, protesters feared that the laws would erode a longstanding mechanism that ensures farmers a minimum guaranteed price for their produce. After the farmers refused to budge from their stand for over a year, the government formally withdrew the laws on November 29. It also sent a letter to farmers promising to form a committee on Minimum Support Price (MSP) and acceptance notice of their other demands.

Following this, the farmers are now heading back to their respective states in large convoys of tractors and trucks, in the same way, they arrived at the Singhu, Ghazipur and Tikri on the outskirts of the national capital a year ago.

Tikait also returned to his home in Meerut on Wednesday. The 51-year-old has been leading BKU supporters at the Ghazipur border since November 28 last year.

Over the course of the time, Tikait was accused of trying to fuel his political ambitions through the protests.

In the past, Tikait served as head constable in Delhi police but quit in 1992-93.

He also tried his hand at elections but lost both times. In 2007, Tikait contested the UP Assembly polls from Khatauli constituency in Muzaffarnagar as an independent candidate. In 2014, he fought the Lok Sabha election from Amroha district on a Rashtriya Lok Dal (RLD) ticket.

Meanwhile, farmers will now hold a review meeting on January 15. “If the government does not fulfill its promises, we could resume our agitation,” the SKM had said in its statement.

On Wednesday, Tikait expressed his gratitude to people who have been supporting the agitation. I am thankful to everyone who has been with us. I also extend my gratitude to the people who ran langars, villagers who brought essentials for us,” he said, according to ANI.

Tikait also asserted that the movement has been suspended and “not withdrawn.” “Talks underway with the Center after withdrawal of 3 farm laws. Our movement is suspended, not withdrawn,” the farmers’ leader also said.

Issue of 68 fishermen’s detention taken up with Sri Lanka: MEA

BJP thanks PM Modi for steps taken to revive economy