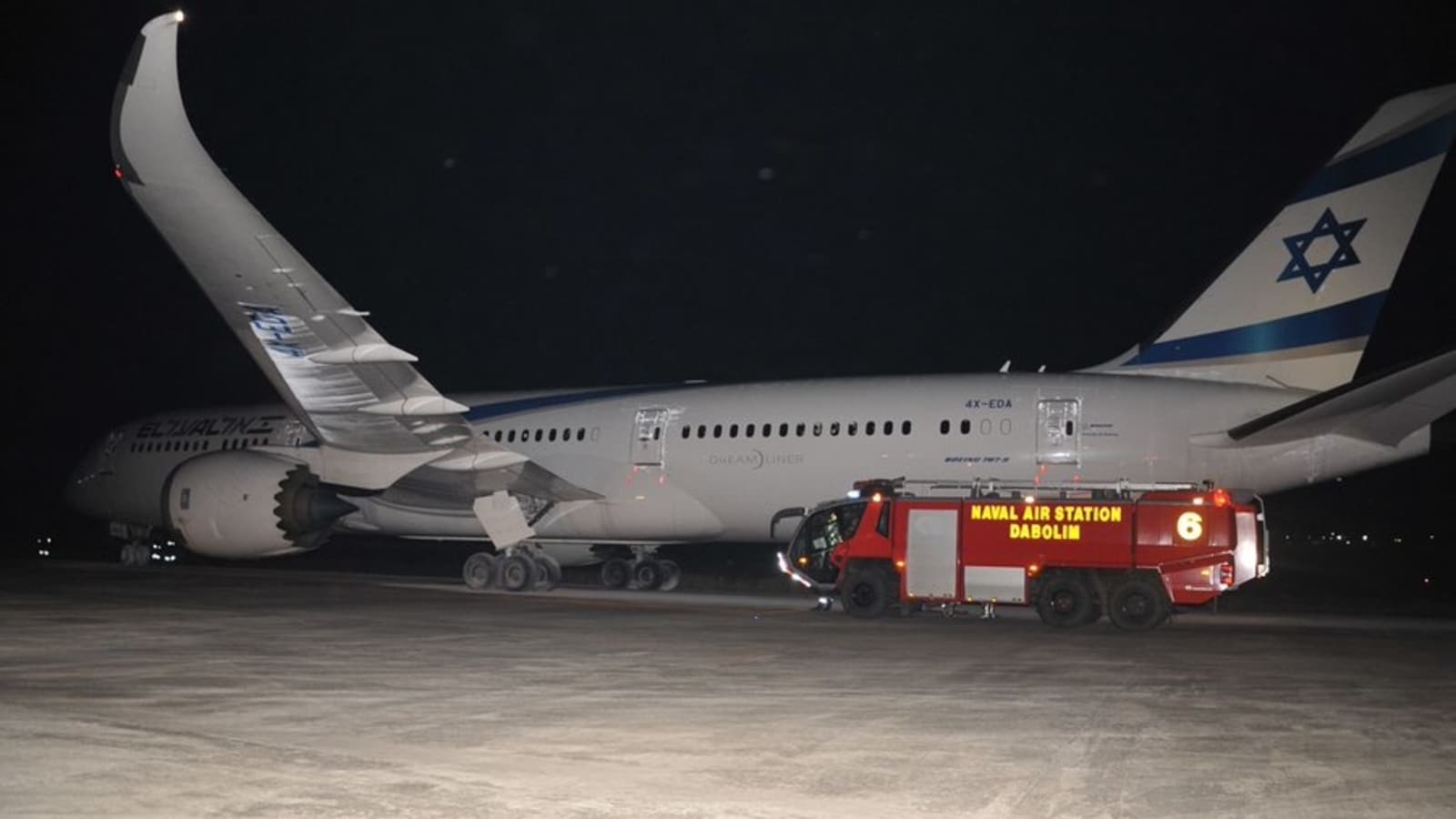 An Israel-bound flight from Thailand made an emergency landing with just one engine at an Indian Navy-operated airfield in Goa in the early morning hours of Tuesday. The Indian Navy said the airfield was closed for ongoing upgradation work but was made available on short notice to facilitate the safe recovery of Flight ELAL-082 en route Tel Aviv from Bangkok with 276 passengers on board.

“In a swift execution of emergency procedures, #IndianNavy operated airfield at Dabolim, Goa facilitated safe recovery of Flight ELAL-082 en route to Tel Aviv from Bangkok with 276 personnel onboard, the flight made an emergency landing in early morning hours of Nov 1,” the spokesperson of Indian Navy posted on Twitter.

“The aircraft had declared emergency citing left engine shut. The airfield which was closed for ongoing upgradation work, was made available at short notice enabling safe recovery of aircraft as per standard operating procedures,” it added.

The pilot of the Boeing 787 plane noticed that the fuel leak indicator light had turned on after the flight made a planned stop in Phuket, reported the Times of Israel citing Israel foreign ministry.

The report suggests that the passengers were allowed to spend the night at a nearby hotel after taking the mandatory RT-PCR test as per the Covid protocol.