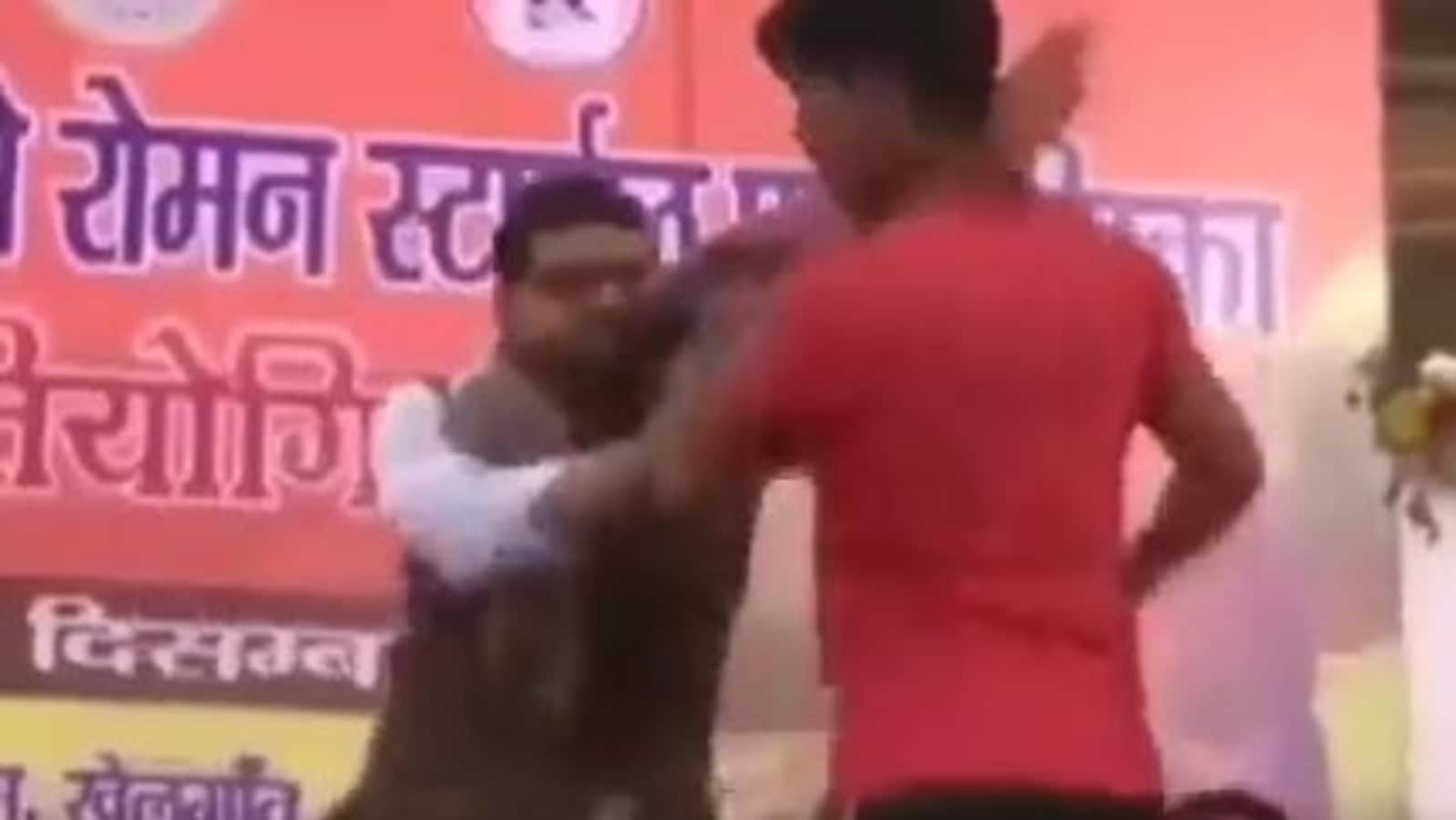 BJP MP Brij Bhushan Sharan Singh has defended his action and said it was a case of age fraud and the wrestler was not ready to accept the fact that he was not eligible to participate.

A video of a BJP MP purportedly slapping a wrestler at the stage of a sporting event in Ranchi has gone viral on social media. The incident took place during the first round of the Under-15 National Wrestling Championship at Shaheed Gannpat Rai Indoor Stadium in Ranchi. Uttar Pradesh MP Brij Bhushan Sharan Singh, who is also the president of the Wrestling Federation of India, was present at the event. The championship was concluded on Friday. It is believed that the slapping incident might have taken place during the inaugural day.

Fresh shocker from the BJP!

Can a public servant (BJP MP) manhandle the common man? What message the BJP is sending to the country? pic.twitter.com/EwQ4LR1FAE

Jharkhand Wrestling Association reportedly said they do not have any details of the wrestler as he was not allowed to participate in the event.

The MP defended his action and said it was a case of age fraud. “This boy came over to the stage and urged to take part in the championship while he was found guilty of age fraud. I didn’t allow him and politely told him to go down from the stage as we already disqualified 5 more wrestlers who were found guilty of doing age fraud and all they belong from UP, not only from UP, I didn’t allow any player who is over age whether he belongs from Delhi, Haryana or any state, If I start doing this on basis of states then I can’t develop wrestling in country,” Singh told ANI.

“Our president clearly told that he cannot take part in this but he starts misbehaving with him and starts arguing to let him allow to play as he belongs to his own state UP but he clearly denied him by saying if he allows him to play then he has to give immunity to other states wrestlers,” Vindo Tomar, secretary, Wrestling Federation of India, said.

Omicron: List of ‘at risk’ countries and situation in India

CPM is runner up in Tripura civic polls that BJP swept,...

Why UGC advice to central varsities on demand-based courses is being...