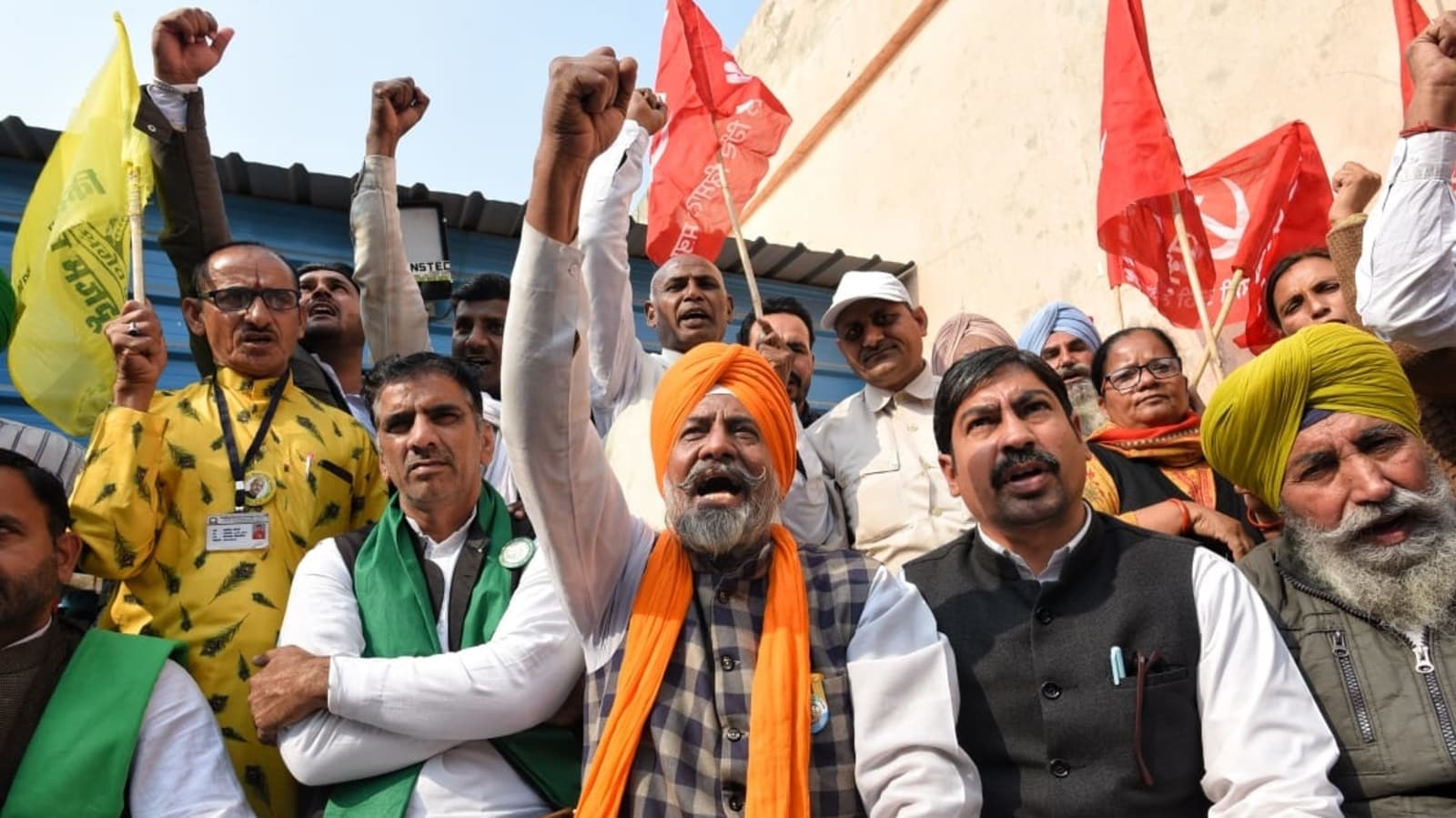 Soon after the government sent an official letter accepting the demands of the farmers, the leaders announce to call off the 14-month-long agitation and vacate the protests sites.

The agitating farmers at various borders of the national capital, protesting against the three contentious agricultural laws and several related issues, have decided to call off their demonstrations on Thursday, soon after the Centre agreed to their demands.

The farmers’ unions have said the protesters will head back home after vacating Singhu border, the epicentre of the 14-month-long protests, near Delhi on Saturday (December 11) before offering prayers at the Golden Temple in Amritsar on December 13.

The development comes hours after the government sent a letter to the farm unions, accepting their demands, including the withdrawal of all agitation-related cases, compensation to the families of farmers who died during the course of the movement against the controversial agriculture laws and continuing the ongoing policy on Minimum Support Price (MSP), among others.

The Samyukt Kisan Morcha (SKM), an umbrella of various farmers’ unions spearheading the movement, said the group would conevene in Delhi on January 15 to review the implementation of government’s assurances.

Last week, the SKM formed a five-member panel to hold talks with the government on the pending demands of the protesting farmers. The SKM leaders met on Wednesday to discuss on the Centre’s olive branch offer.

ALSO READ | A year of farm protests: Joy at Ground Zero, after 358 days

Hundreds and thousands of farmers were various entry points to Delhi since November last year after the government enacted three legislations on agriculture. Even as the contentious laws were revoked at Parliament’s Winter Session this year the farmers asserted that the protests would continue until the government agrees on their other demands.

As Adishakti turns 40, remembering Veenapani Chawla who rescued theatre from...

Biplab Deb resigns as Tripura CM ahead of 2023 state polls,...

His bowling would be a ‘surprise’, claims fit-again Gujarat Titans skipper...

ICYMI: Top 5 News Stories From This Week | The Indian...