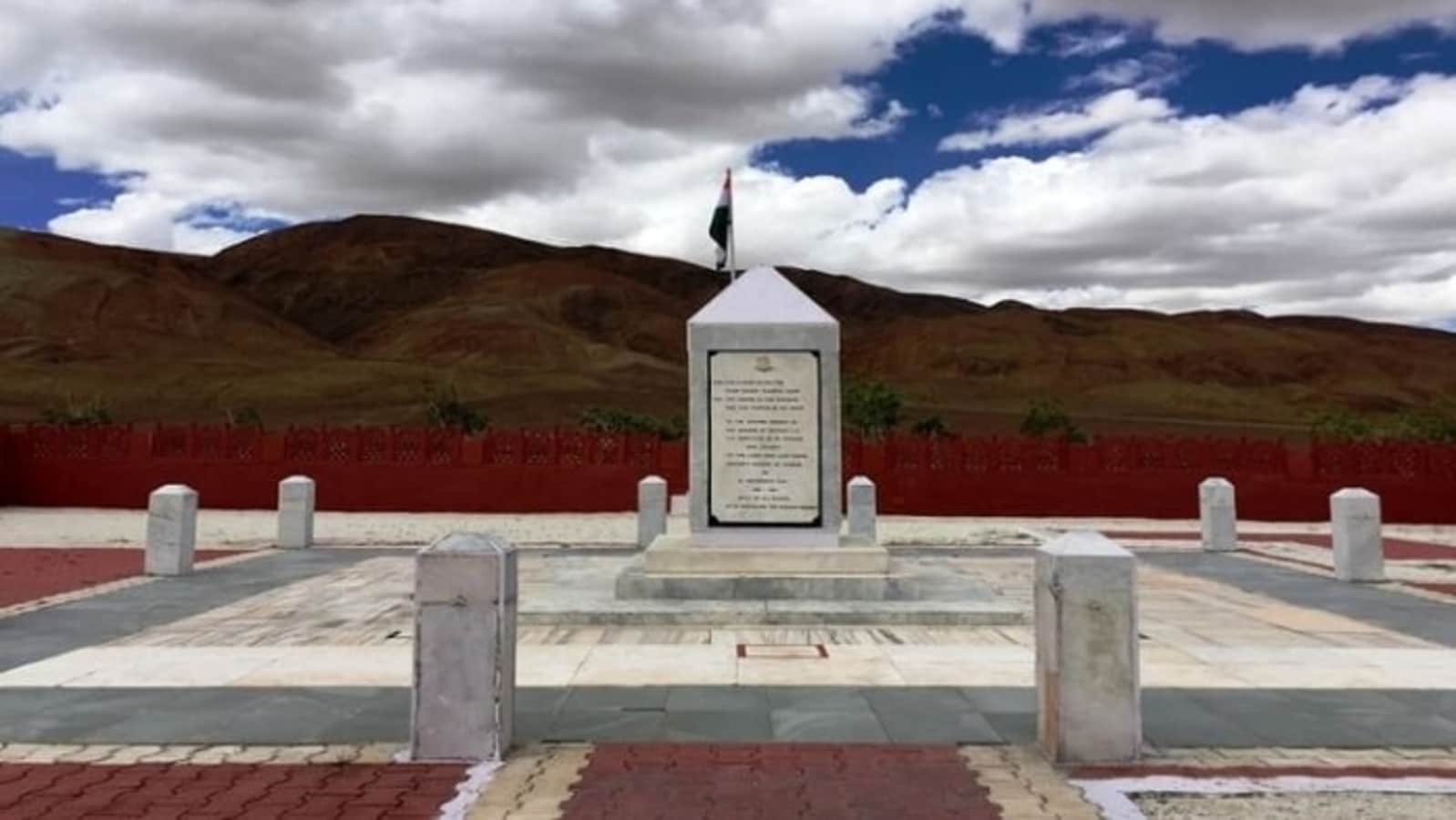 The 18,000 feet Rezang La is a desolate wind-swept pass lying 11 kilometres south of Spangur Gap, from where nearly two thousand Chinese troops attacked mere 114 men of Charlie Company of 13 Kumaon led by Major Shaitan Singh at 4am on November 18, 1962. In the next 18 hours, virtually the entire Shaitan company was decimated but not before the 13 Kumaon inflicted massive casualties on the PLA troops and also saved the Chushul Garrison from being run over by the marauding Chinese.

Today, Union defence minister Rajnath Singh, along with chief of defence staff Gen Bipin Rawat, Vice Chief of the Army Staff Lieutenant General Chandi Prasad Mohanty and Northern Army Commander YK Joshi, will inaugurate a newly-revamped war memorial in Ladakh on Thursday to honour the heroes of the epic battle of Rezang La and the Galwan braves led by Col Santosh Babu who took on the PLA on June 15, 2020 and did not allow the Chinese to forcefully change the LAC line in Galwan sector. Since Army Chief MM Naravane is in Israel on an official visit, Vice Chief Mohanty will be standing in for him.

“The new memorial is like a place of worship and true homage to soldiers who gave excellent account of themselves, worth a visit,” said a senior Army commander.

An auditorium containing the photo gallery to commemorate the battle will also be inaugurated.

The war memorial is being inaugurated on the 59th anniversary of the Rezang La battle when Major Shaitan Singh and 98 of his men from the Charlie company of 13 Kumaon Battalion laid their lives in defence of the Chushul-Dungti-Leh axis in Ladakh sector.

The Shaitan company inflicted so many losses on nearly 400 PLA troops that the Chinese took no prisoners of war at Rezang La on November 18, 1962. The Rezang La battle was fought in freezing temperatures way below zero. Temperatures in Chushul heights are known to touch minus 25 degrees Celsius and more.

According to the official history of the 1962 war, the Chinese attack began at 4am on November 18 with the intention of blocking the road link between Leh and Chushul via Dungti so that the garrison at Chushul was isolated and starved of supplies. The last Indian guns sounded at 10pm on November 18 with only 14 out of 112 ranks surviving to tell the tale.

Major Shaitan Singh and his company major first fought with three-inch mortars, then rifles, bayonets and bare hands without any artillery or air support against the marauding Chinese who attacked the post from two sides.

The move to inaugurate the revamped war memorial in Rezang La is seen as India’s show of strength in the area which is very close to the Chinese territory and is visible from the other side of the Line of Actual Control (LAC).

In Odisha, Dalit panchayat member alleges ostracism after she refused to...