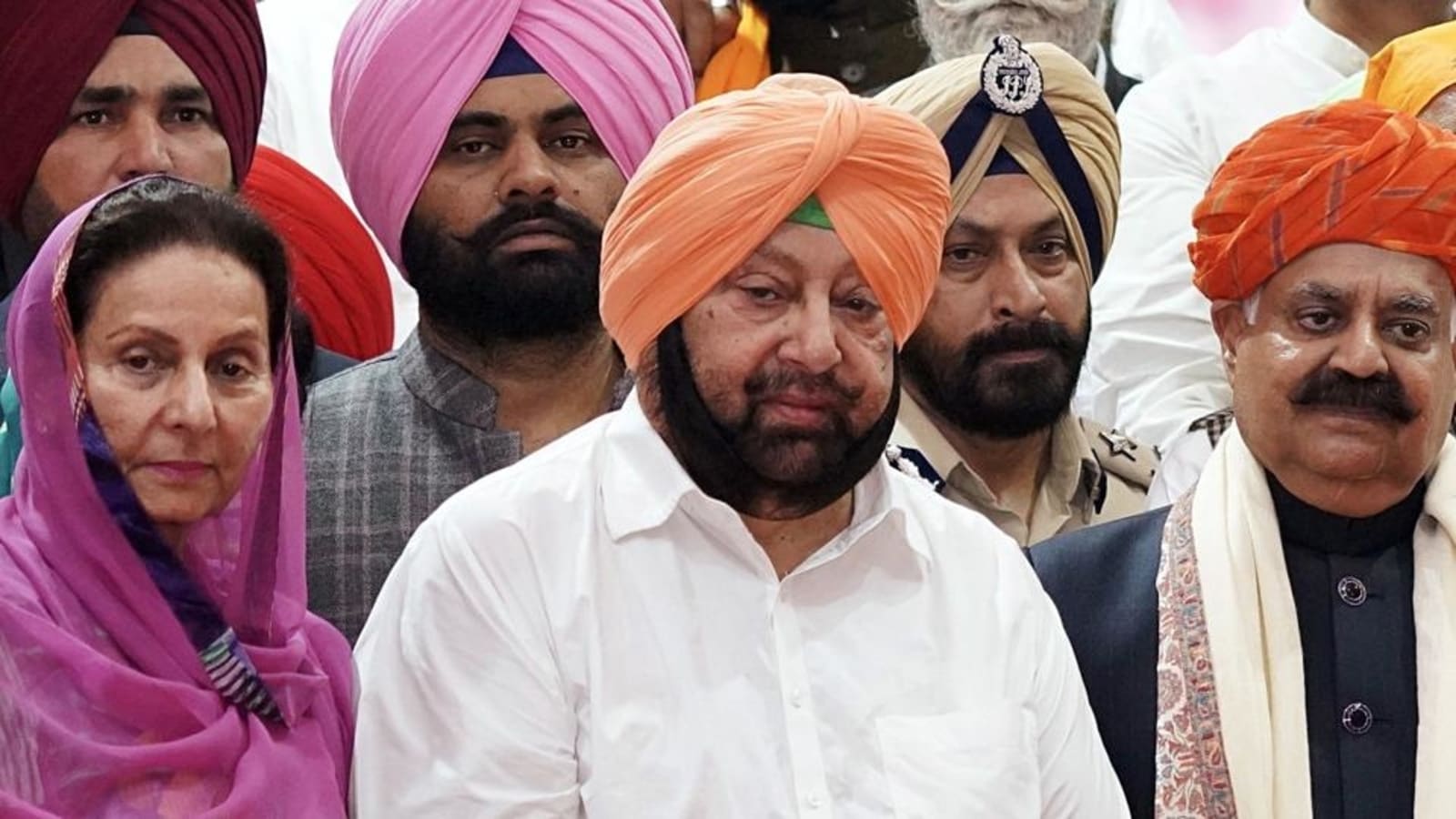 ‘Ever since your husband Captain Amarinder Singh ji resigned from the party and floated his own party…’, Congress Punjab in-charge Harish Choudhary wrote to Lok Sabha MP Preneet Kaur.

The Congress on Wednesday accused former Punjab chief minister Amarinder Singh’s wife Preneet Kaur of indulging in anti-Congress activities and gave seven days to explain her stand on the issue of Amarinder Singh’s exit from the party and her future plans. “From the last many days, we are continuously receiving reports from Congress workers, MLAs, leaders from Patiala and the media about your anti-party activities. This information and news has been coming ever since your husband Captain Amarinder Singh ji resigned from the party and floated his own party: Punjab Lok Congress. We are also made aware of your open announcements in the media about siding with your husband’s party,” party in-charge of Punjab and Chandigarh Harish Choudhary wrote to the Lok Sabha MP.

“Kindly explain your stand on this issue within a period of seven days. Otherwise, the party will be forced to take necessary disciplinary action,” the notice said.

After Amarinder Singh resigned from the chief minister’s post after months of dissidence inside the party and hinted that he would quit the Congress, Preneet Kaur who represents the Patiala constituency in the Lok Sabha said she had no intention to quit the Congress at that time.

However, recently she has hinted that she might join Amarinder Singh’s party as she spoke at an event in Samana. “Captain Amarinder Singh has always stood by the commitment he makes. Main apne parivaar de naal haan (I am with my family),” Preneet said without giving out details of whether she has already decided to join the Punjab Lok Congress or not.

In the upcoming assembly election, the fight for which has been hotting up with the AAP emerging as a bigger threat to the Congress and Amarinder Singh’s party keeping the question of alliance with the BJP open, Amarinder Singh has already announced that he will be fighting the elections from Patiala, which he represented in 2002, 2007, 2012 and 2017.

The tussle between Amarinder and Navjot Sidhu resulted in Amarinder renouncing the chief minister’s post facing heat from the party. Amarinder decided to burn all the bridges with the Congress as he said he felt humiliated by the way the party treated him. He would not join the BJP, he had made it clear. After days of speculations, he floated his own party and kept the option of tying up with the BJP open.

Requires courage when you are treated unfairly: Mithali Raj on feud...