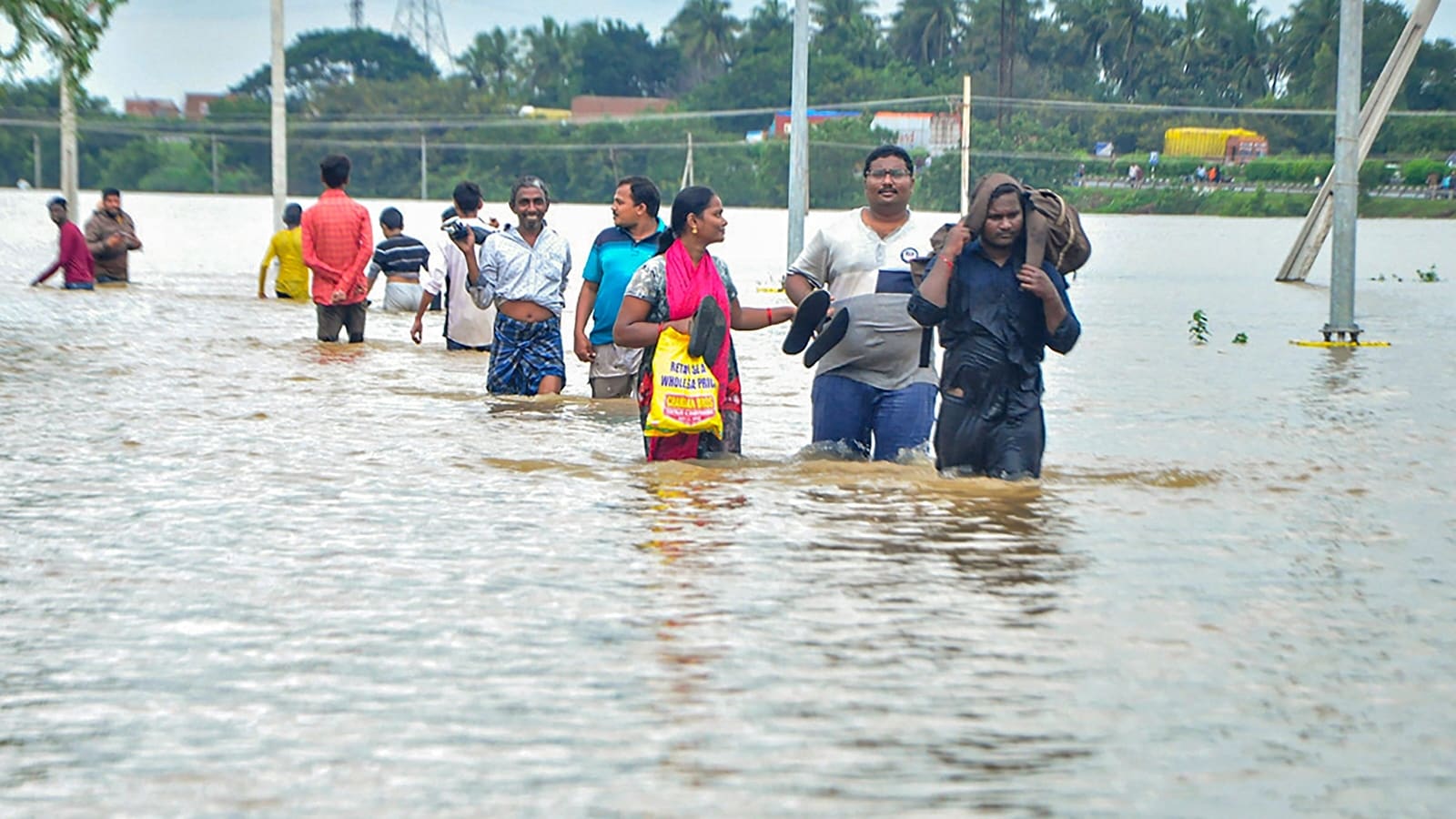 Rivers Penna and Cheyyeru which were inundated swept away several villages and flooded roadways.

Heavy destruction due to flooding in Andhra Pradesh over the past week saw trains and vehicles stranded, people displaced and killed and destruction of property. The death toll due to the recent floods in the state reached 31 on Sunday. Rivers Pennar and Cheyyeru which were inundated swept away several villages and flooded roadways.

The Chennai-Kolkata National Highway-16 was closed after roads were flooded in Padugupadu in SPS Nellore district due to flooding in the Penna river.

More than 17 trains were cancelled on the Chennai-Vijayawada grand trunk route as the flood overflowed on the railway track at Padugupadu. Some trains were also diverted.

Andhra Pradesh disaster management body said the deluge was caused as more than two lakh cusecs of water from the flood flowed out of the Somasila reservoir in SPS Nellore district, news agency PTI reported. Vehicles were stranded on either side of the NH-16 between Nellore and Vijayawada due to the flooding.

Togurupeta, Mandapalli, Pulapathur and Gundlur villages were caught in a deluge as Annamayya project on Cheyyeru river overflowed as two lakh cusecs of water was released. At least 18 people died in the floods and many others were missing as the medium irrigation project breached due to the release of water.

“It was nothing but gross mismanagement on the part of the administration. Didn’t they know about the flood when there was such heavy rain? Why were we not even alerted about the coming danger before it destroyed us,” angry villagers from Mandapalli and Togurupeta were quoted as saying by news agency PTI.

“The river course changed but the dam breach was what caused the real destruction. We still moved some 600 people to safety,” Kadapa district collector Vijaya Rama Raju was quoted as saying by news agency PTI.

‘Common man has already started benefitting from use of renewable energy’

“I did use unacceptable – at times, racist language”, Gary Ballance...

8 arrested so far for aiding shooters in Moosewala murder: Cops