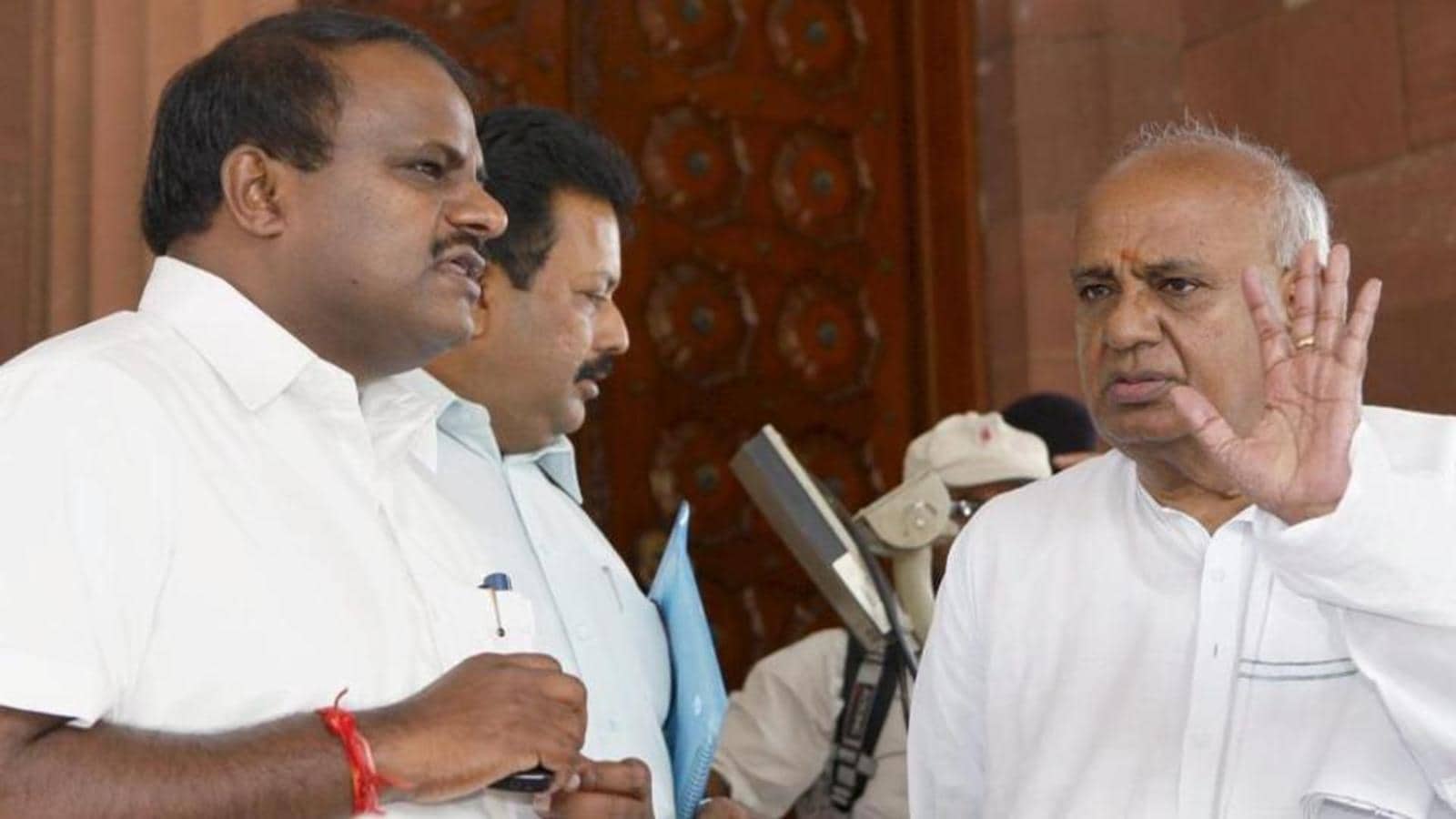 Suraj Revanna, the grandson of former prime minister HD Deve Gowda and son of HD Revanna – a former minister and legislator from Holenarsipura in Hassan district, was among the seven candidates that the Janata Dal (Secular) or JD(S) nominated on Tuesday for the upcoming Karnataka legislative council polls scheduled on December 10.

Suraj would be the eighth member of Gowda’s family in active politics, cementing JD(S) as a family-run outfit.

JD (S) may not be the only ones trying to bring their kin to the Karnataka legislative council – the upper house. Several relatives of senior leaders of the Congress and Bharatiya Janata Party (BJP) too have found name in the lists for the upcoming legislative council polls.

Taking to Twitter, BJP was sharp in its criticism that the Congress practices “family politics” from the national leadership to the MLC polls. “In the JD (S) party, eight people from the same family are in power. But the Congress party is a bit generous in this regard! The Congress has approved family politics from the AICC national president’s post to MLC candidates,” the BJP said in a post on Twitter.

The Karnataka Pradesh Congress Committee (KPCC) on Monday announced the names of the candidates for the upcoming MLC polls. The list included some candidates who are closely related to the senior leadership of the state Congress. Sunilgouda Patil, a Congress MLC from Vijayapura who is looking to be re-elected to the upper house, is the brother of former minister and legislator M B Patil. Similarly, Bheemanagouda Patil is the son of former minister Basavaraj Patil. Bheemanagouda’s brother Rajshekar Patil is an MLA and the other brother Chandrashekar Patil is an MLC. Channaraj Hattiholi, the candidate from Belagavi, is the brother of Congress legislator Lakshmi Hebbalkar; S Ravi is the relative of state Congress president DK Shivakumar.

Shivakumar on Tuesday hit back at the BJP. “Let them (BJP) take out the list (of candidates). Who have they given (tickets) to in Coorg, Dharwad and other places? Let them hold a mirror to their own list,” Shivakumar said on Tuesday.

The BJP has also nominated candidates closely related to active politicians. Pradeep Shettar, a sitting MLC from Dharwad is the younger brother of former chief minister and legislator Jagadish Shettar; Hanumant Nirani is the brother of Murugesh Nirani, Karnataka’s Minister for Large and Medium-scale Industries; Suja Kushalappa is the brother of Madikeri legislator Appachu Ranjan, who is a BJP parliamentarian. Recently, the BJP decided to replace Sunil Subramani who was a sitting MLC and the other brother of Ranjan.

Political analysts said the concept of political families have the same kind of acceptance as business families where party workers accept leaders introducing their children or kin into the electoral battlefield.

“Assembly elections are more a public election. But one can function in MLC elections through a friend’s network. That is why several independents make it to the upper house,” Narendar Pani, faculty at the National Institute of Advanced Studies (NIAS) and political analyst said.

Trying to push for kin in the assembly elections have a greater impact on the probability of power whereas the MLC elections are easier in terms of managing expectations and do not have a very wide ranging impact, analysts added.

The decision to take the “back-door” entry – an expression used for entering the upper house – is a safer bet as it is easier to manage expectations and any fallout or disgruntlement may have very minimal impact on the probability of securing power like in the case of assembly seats, analysts said.

“Deve Gowda has brought family into politics which inturn has brought politics into the family,” said a Bengaluru-based analyst, who wished not to be named. He referred to the battle between Gowda’s two sons –HD Kumaraswamy and HD Revanna – who have both fought hard for dominance within the JD (s) that has led to a widening rift within the party.

Senior leaders such as BS Yediyurappa, Siddaramaiah and Mallikarjuna Kharge are also among others who have their sons as legislators or parliamentarians.

Tripura to open 22 anganwadi centres in resettlement colonies for Bru...

CBSE class 10,12 results: Students not happy with marks can apply...

Varavara Rao is stable, should be back in jail, NIA tells...