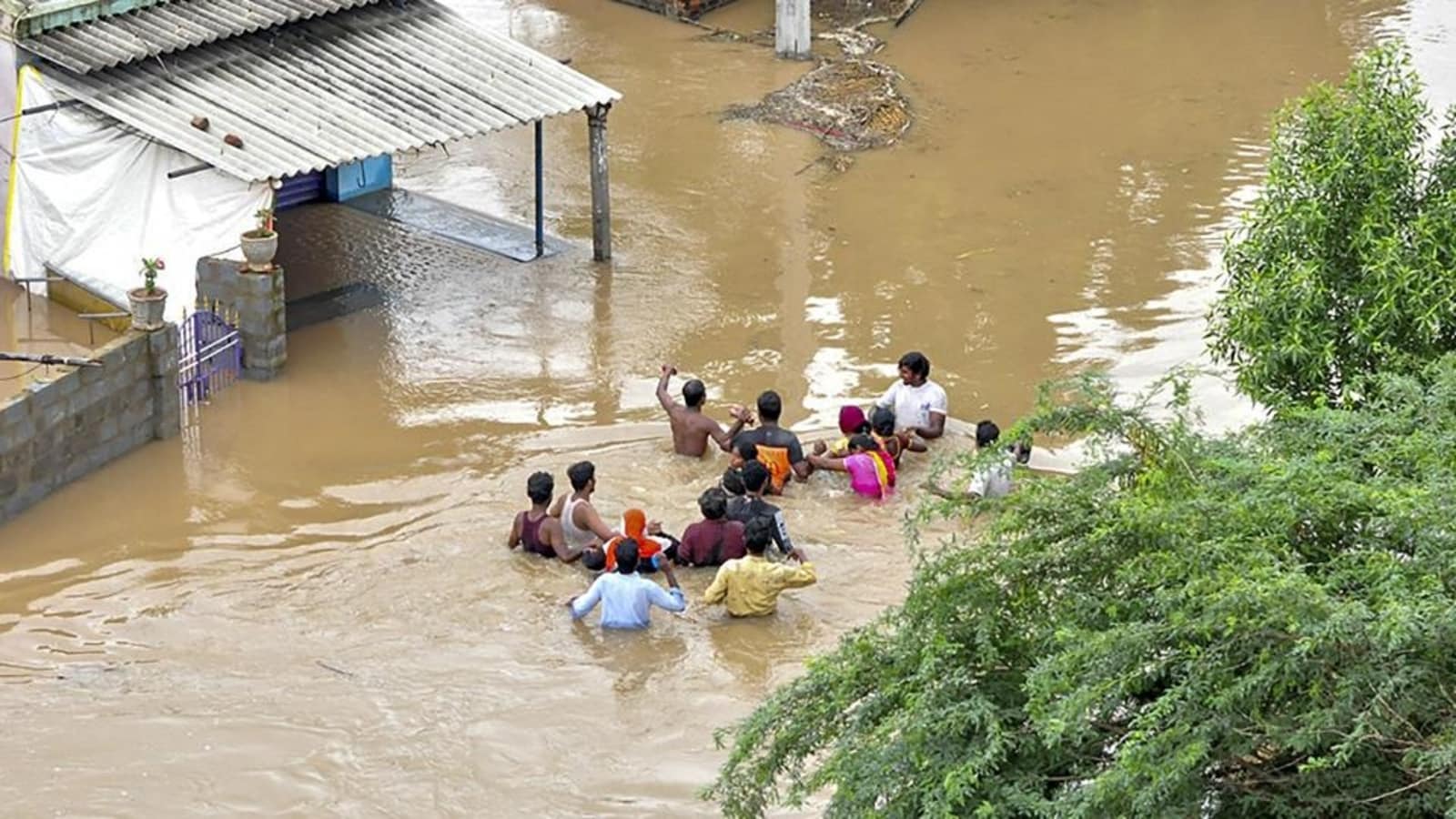 Several parts of southern India have been battered by extreme rainfall, which has led to loss of life and property, and flooding in Andhra Pradesh, Karnataka, Tamil Nadu and Kerala. The rainfall has been triggered by frequent formations of low pressure areas in the Bay of Bengal, and cyclonic circulation in the Arabian Sea.

In Andhra Pradesh, 34 people have died in rain-related incidents and 10 more remain missing. The state government has announced an ex-gratia of ₹five lakh for the family of each of the deceased persons.

The India Meteorological Department (IMD), meanwhile, has predicted more rainfall in these states till November 26.

The IMD also predicted that isolated heavy to very heavy rainfall is also likely over Tamil Nadu, Puducherry and Karaikal on November 24 and 25.

Here are the latest updates on flood situation in the southern states:

• Andhra Pradesh agriculture minister K Kanna Babu said that crops in over eight lakh acres were damaged in the deluge, pushing as many as 5,33,345 farmers into distress.

• Over 50,000 persons have been lodged in relief camps in Chittoor, Anantapuramu, Kadapa and SPS Nellore – the four worst-affected districts.

• The Chennai-Kolkata National Highway 16 was cut-off due to heavy rain on Saturday night. It was partially restored in Monday. The railways cancelled three trains due to water-logging at the bridge in the Padugupadu-Nellore section.

• Karnataka has also witnessed incessant rain, which has caused huge losses to standing crops, chief minister Basavaraj Bommai said. He also toured the affected areas and instructed the officials to transfer the compensation amount for crop loss to farmers.

• Bommai also said that floodwater from the Mudavadi irrigation tank has cut-off road connectivity in the area. About 790 houses have been completely or extensively damaged. Thirty four bridges too have been damaged.

• The rain has caused extensive damage to Bengaluru Urban, Bengaluru Rural, Tumakuru, Kolar, Chikkaballapur, Ramanagar and Hassan districts. Around 92km of roads was damaged in Bengaluru Urban district, according to government data.

• Tamil Nadu has received 61 per cent excess rainfall due to the ongoing spell of the Northeast monsoon. On Monday, a sudden spell of heavy rainfall in some parts of Chennai resulted in water-logging in places like T-Nagar. Officials said that some parts of north Chennai, were under water since Sunday as heavy rains in Andhra Pradesh prompted excess water from the Kosasthalaiyar river in the north region of the city being released.

Maharashtra: With roses and chocolates, students get rousing welcome as state...

People have high awareness of health warnings on cigarette packets, but...

State to raise loan worth Rs 2,000 crore to fund development...

Alliance Air flight with 55 passengers goes off runway at Jabalpur,...

Congress may name Kanhaiya Kumar as national spokesman amid focus on...