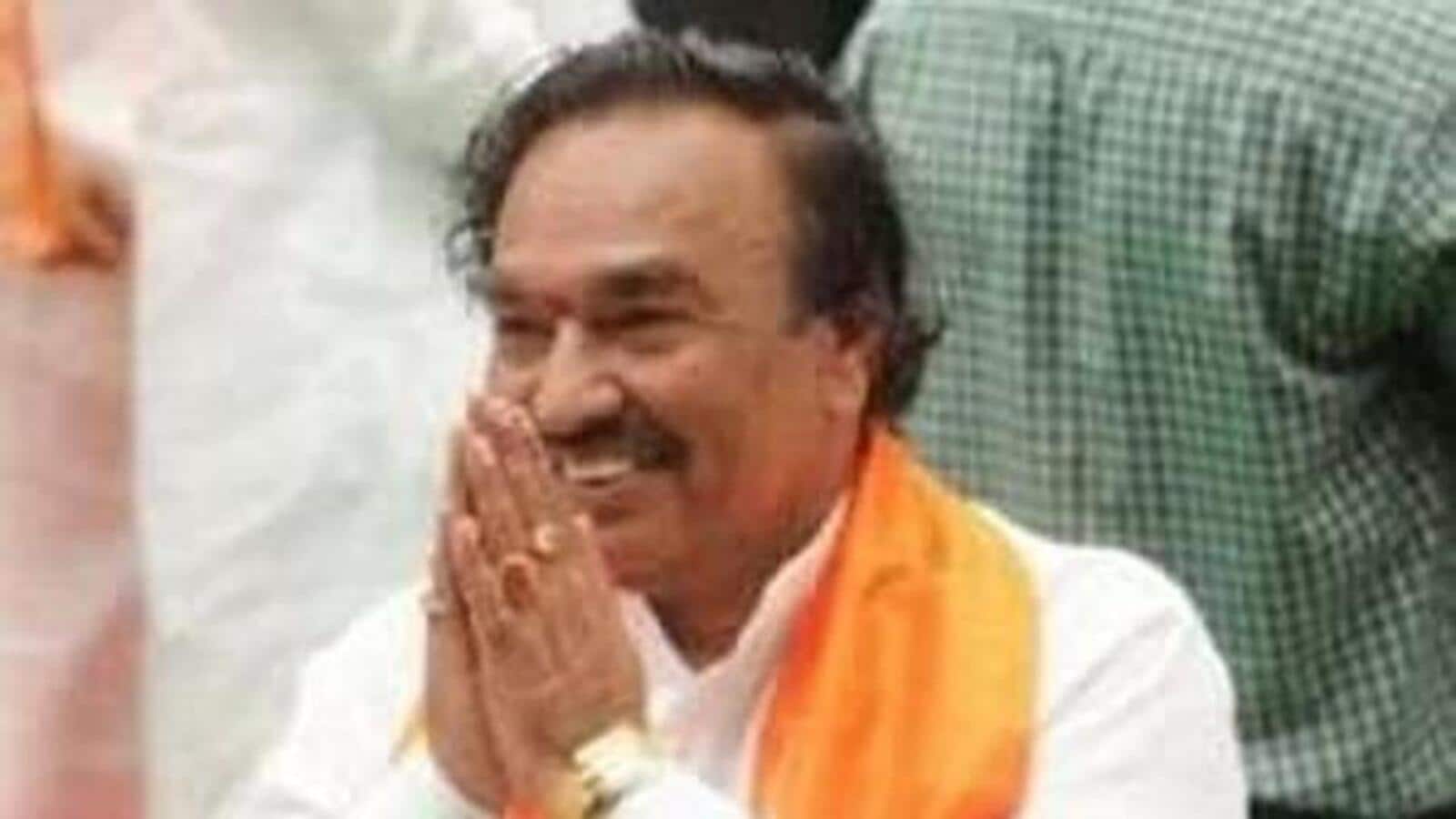 “The person who says that he only believes in democracy, has also cheated the court and Constitution as he criticised them (in hijab verdict). He does not believe in religion and is anti-Hindu,” Eshwarappa said.

The BJP leader was reacting to Siddaramaiah’s statements on the headgear worn by seers, which he likened to that of the hijab, stating that there was no problem with one section wearing it but problems were being created for the other.

Eshwarappa lashed out at Siddaramaiah stating that he does not even have his own constituency. Siddaramaiah was forced to contest from two seats in 2018 despite being the sitting chief minister. He lost in his home seat of Chamundeshwari and won in Badami in Bagalkote district.

“He (Siddaramaiah) does not have a constituency. That’s why he is contesting from Chamrajpet which is Zameer Ahmed Khan’s constituency. Since the constituency has more Muslims and he wants to win from there, he is criticising the Hindu society. He will pay for this,” Eshwarappa said.

“The BJP is responsible for the hijab controversy. Muslim girls wear dupatta on their heads. What’s wrong with that? Don’t Hindu women cover their heads with cloth? Swamiji’s (Hindu seers) too put a cloth over their heads. Do you question them?” Siddaramaiah had said to reporters at his native village of Siddaramana Hundi in Mysuru on Friday.

Siddaramaiah has since clarified that he did not mean to offend anybody and the BJP was trying to twist his statements as part of their polarising agenda.

UT Khader, the deputy leader of the opposition and Congress legislator on Sunday said that Siddaramaiah has always respected seers and religious leaders from all faiths.

“The only work the BJP has is to twist Siddaramaiah’s statements. All seers share a cordial relation with Siddaramaiah and likewise. I wish to tell the people that in his five years as chief minister, not a single seer protested over anything. But now seers are protesting almost everyday for something or the other during the BJP government,” he said.

Prashant Kishor says he could not have added much value to...

Tamil Nadu requests Kerala to give permission for felling trees at...

Punjab youths will get jobs on merit, without bias, says Bhagwant...

KGF 2 star Yash: ‘Prashanth Neel came as a blessing to...