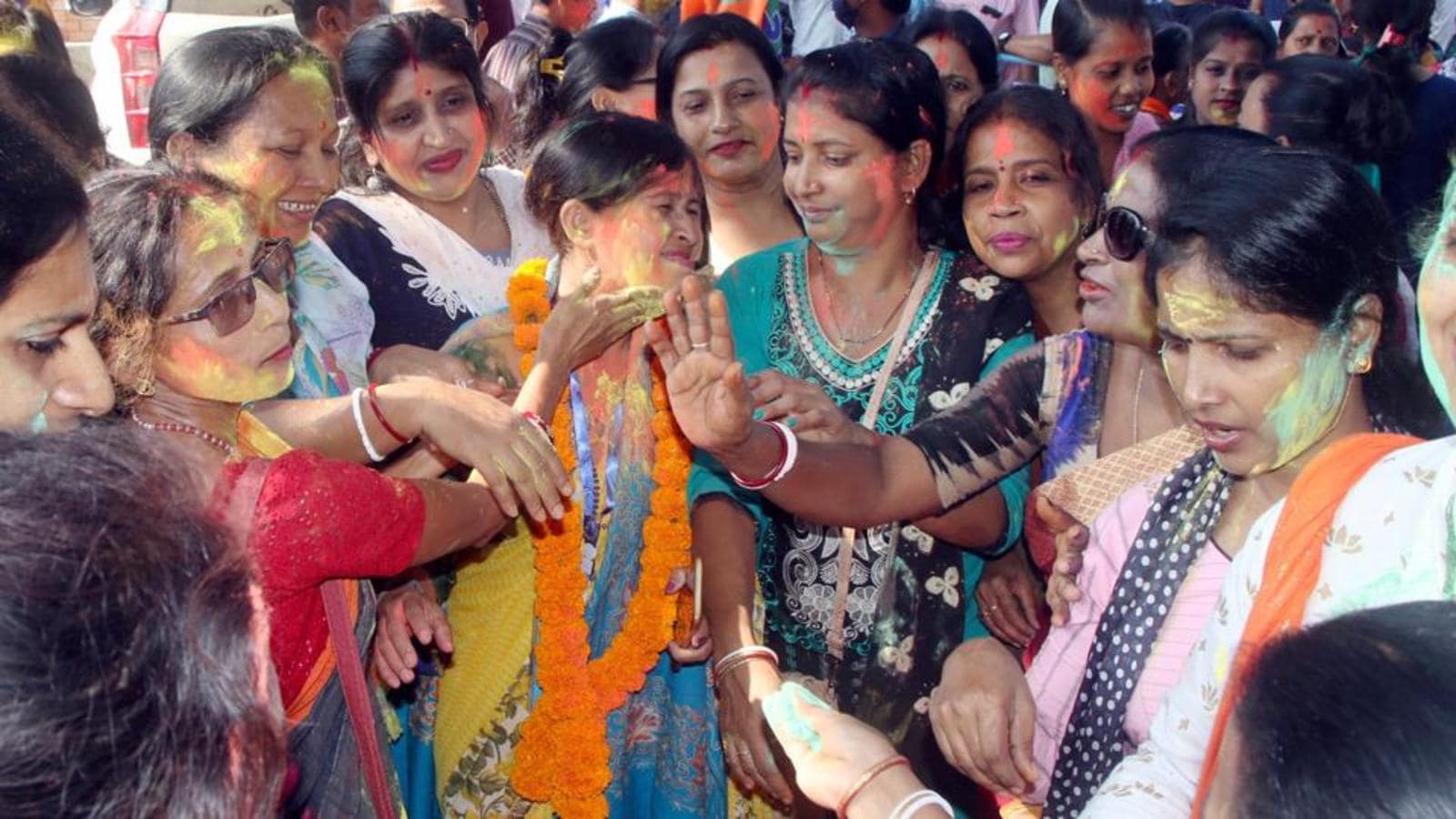 The Bharatiya Janata Party (BJP) registered a landslide victory in the Tripura civic polls that were held in 14 urban bodies, including the Agartala Municipal Corporation, results of which were declared on Sunday.

The BJP won all the 51 seats in AMC besides sweeping 11 other urban bodies, according to the State Election Commission.

Trinamool Congress came in second, winning a single seat at Ambassa Nagar Panchayat and another seat in the panchayat was bagged by royal scion Pradyot Kishore Debbarma’s party TIPRA Motha.

The CPM got three seats in three urban bodies including Ambassa and Kailasahar Municipal Councils and Panisagar Nagar Panchayat.

“This victory is historic. People of Tripura people from both the majority and minority communities have voted in favour of development under our Prime Minister Narendra Modi. The people have given the correct answer by casting their votes and also replied to those who hatched conspiracies to insult and demean our state,” Tripura Chief Minister Biplab Kumar Deb said after the results were declared.

Trinamool Congress leader Rajib Bhattacharjee said, “BJP would not have won if fair polls had been conducted. However, the Trinamool Congress has emerged as the opposition party bagging the second highest number of votes despite large scale booth-rigging, false voting and violence unleashed on our supporters.”

The CPM earlier, sought fresh polls in five municipal bodies and boycotted the counting in these areas on Sunday.

The Teliamura Municipal Council was put under Section 144 from Sunday afternoon after at least 12 people including three police personnel and Trinamool Congress men were attacked by some unidentified miscreants.

“Some unidentified miscreants attacked our vehicle while we were escorting polling agents and candidates to their homes. Three people among them sustained minor injuries,” a police official said.

He further added that the police resorted to mild baton charge to disperse the mob, in which nine people including three police personnel and six miscreants were injured. Later, the local administration imposed Section 144 in the area till further notice.

‘Two and a half hours to cover 5 km stretch’: Bengaluru...

Price rise debate in Lok Sabha on Aug 1, likely in...