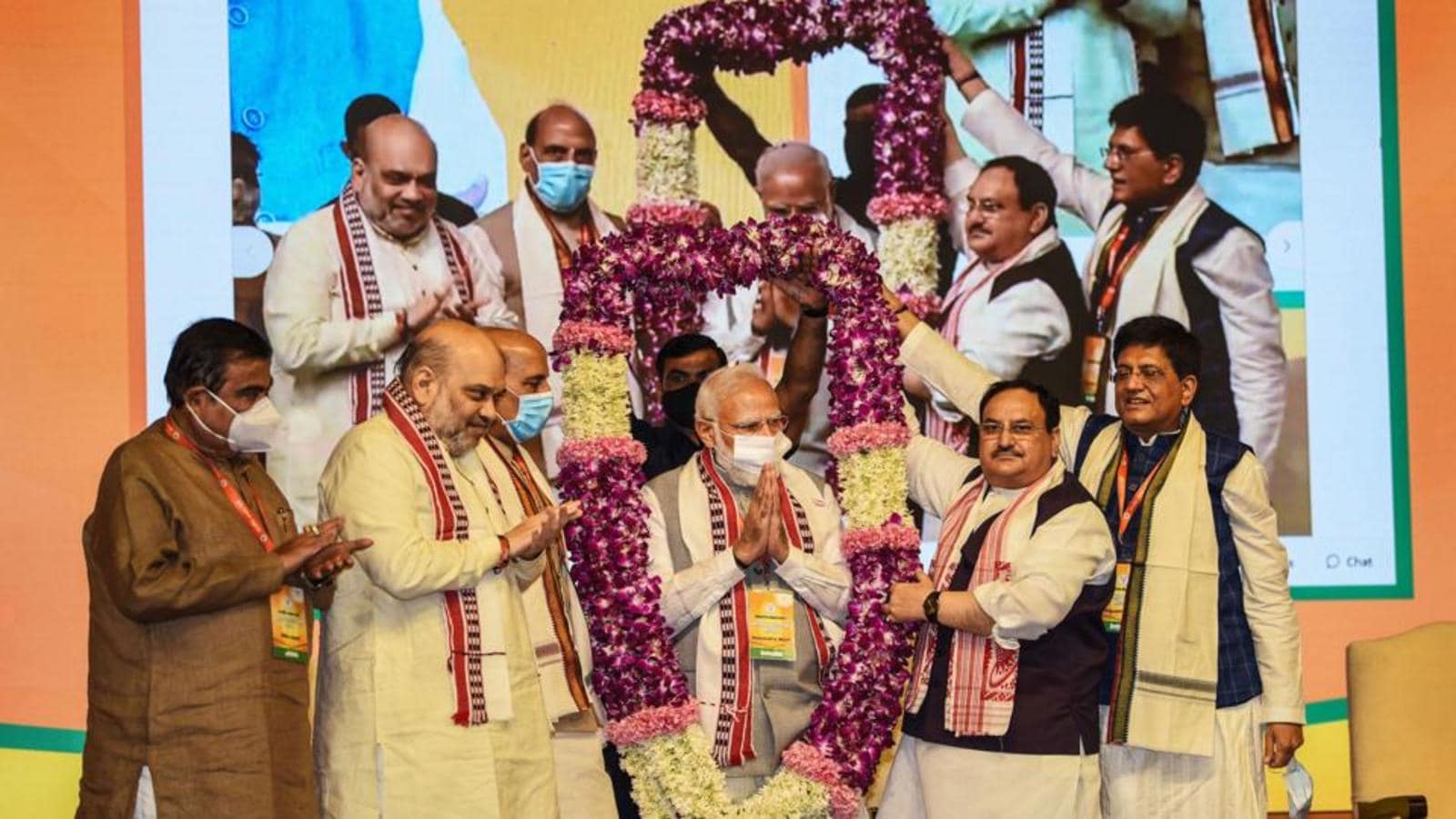 The Bharatiya Janata Party on Sunday thanked PM Narendra Modi for his “foresight and efforts” to bring the nation’s economy back on track following the setback during the Covid-19 pandemic .

Union minister Dharmendra Pradhan said the PM was thanked at the party’s National Executive Committee (NEC) meet on Sunday for “decisive decision making” that ensured free food to 8 million people every month after the Covid pandemic set in.

“All the past presidents of the party, felicitated Prime Minister Narendra Modi. In our country, the consumption of masks and PPE kits, oxygen and medicines went up and no efforts were spared by the Union government to make provisions for increase in consumption. In January 2020, we got the first [Covid-19] positive case and nowhere in the world did anyone know what to do; within nine months task forces were step up, the PM visited the labs and encouraged the scientists and the result is that 30% of the population has been given both doses [of anti- Covid vaccines] and the [World Health Organization] WHO has given its nod to the India-made COVAXIN,” he said.

BJP’s NEC is meeting after two years. It is the key decision making body of the party comprising chief ministers of BJP ruled states, state unit presidents and other functionaries.

“Whenever there has been a tragedy of this scale, economy is disrupted, transportation is affected and hunger strikes, the biggest challenge is to meet the need for food, but because of the PM’s foresight, we rolled out the biggest food programme which gave 80 crore people ration every month including 5 kgs of grain and pulses,” he said.

He said the decisions taken by the Union government helped bring the economy back on rails and businesses were growing. “The biggest example is the increase in the collection of GST,” Pradhan said .

Pradhan said party had used technological platforms for the first time, allowing 218 of the 342 members to be present at the NEC meeting virtually. Party veterans LK Advani and MM Joshi too had joined from their respective residences.

The NEC also thanked the PM for repealing article 370 from Jammu and Kashmir and implementation of the Citizenship Amendment Act, 2019.

“When CAA was passed; people said all kinds of things. …when the Taliban took over Afghanistan, PM’s foresight was proved right. The categories [of eligible people under the law] we had planned to help, have been given security within the constitutional framework,” he said. India has committed to fast tracking citizenship for persecuted minorities from the neighbouring countries which includes Sikhs from Afghanistan.

“People say many things about the farmers’ agitation. In 2014, farmers used to get ₹23,000 crore in the budget, however, in the last budget, the amount reached ₹123,000 crore. The MSP [minimum support price] of all agricultural commodities has been increased and the government has demonstrated the highest responsibility,” he said.

Talking about the steps taken to address the concerns of Sikhs in particular; Pradhan said the Modi government did four major things, the gurudwara were allowed FCRA grant; the langars have been exempt from GST, and ₹120 crore had been spent for the Kartarpur corridor completion.

Expert panel recommends emergency use authorisation for Corbevax for 5-12 age...

Ganesh festival: Must for people to immerse PoP idols in artificial...