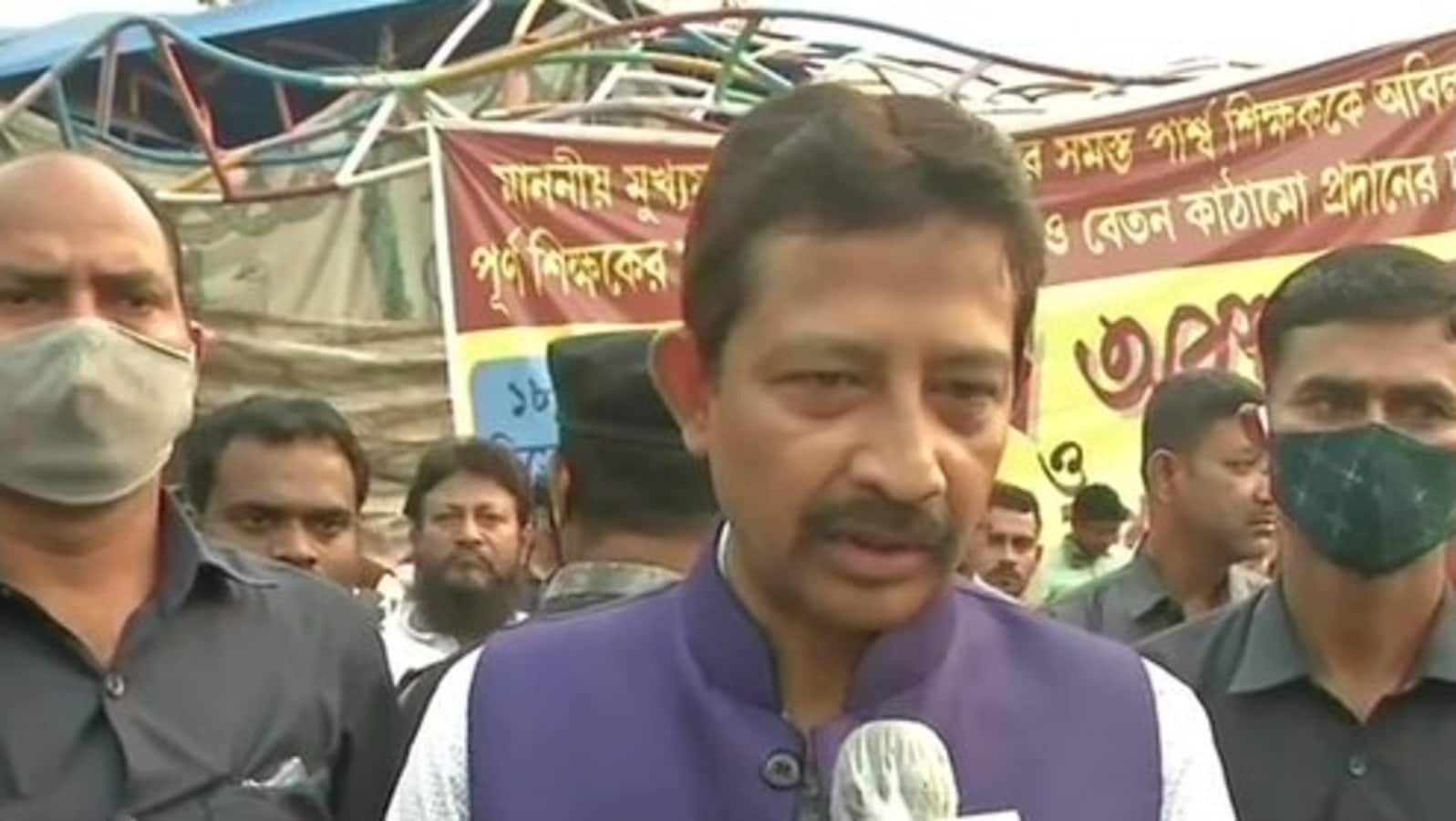 Rajib Banerjee is likely to be re-inducted into the party along with Ashish Das, a former BJP leader from Tripura, at a public meeting of the party’s general secretary Abhishek Banerjee in the hill state.

Bharatiya Janata Party (BJP) leader and former minister in the Mamata Banerjee government Rajib Banerjee is all set to rejoin the ruling Trinamool Congress on Sunday.

Rajib is likely to be re-inducted into the party along with Ashish Das, a former BJP leader from Tripura, at a public meeting of the party’s general secretary Abhishek Banerjee in the hill state.

The former minister had switched over to the saffron camp months ahead of the Assembly election in Bengal, but had been singing a different tune after facing defeat from his traditional Domjur seat as a BJP candidate.

His return to the TMC would only add to the embarrassment of the state BJP unit, which has seen a large number of turncoats and old leaders making their way to the ruling camp, as his name was recently included in the national executive committee of the saffron party earlier this month.

Many BJP leaders were upset about the decision of the national leadership and questioned the move stating no input was sought from the state unit.

Ever since the TMC’s thumping victory in the Assembly election that brought it back Mamata Banerjee to power for the third straight term, several turncoats, including Mukul Roy and Sabyasachi Dutta, a two-time mayor of Bidhannagar municipality, have rejoined the ruling camp. A number of BJP leaders, including former Union minister Babul Supriyo, have also joined the TMC.

What to (and not to) watch this weekend: McEnroe vs Borg...

In J&K L-G conference, boycotts, walk-outs by some elected officials

Heavy rainfall likely over parts of northwest India in next two...

Rahul Gandhi wrote to SRK when Aryan was in jail, said,...

Amid concerns over XE, consortium tasked with studying Covid says no...

‘Life in the Shadows’ by Chitvan Gill: Stories of tragedy, hope...