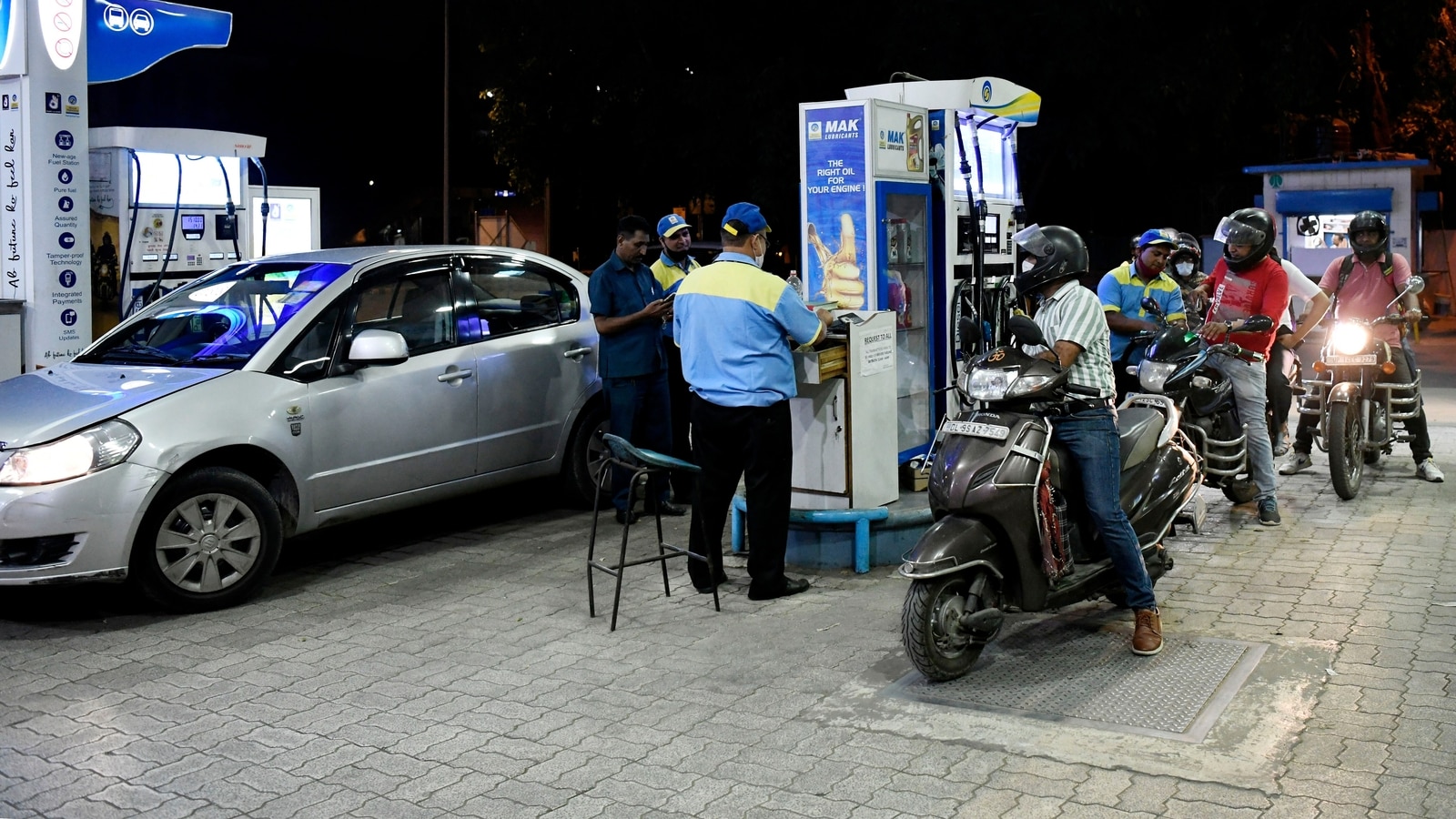 Late Saturday night union finance minister Nirmala Sitharaman made announced the excise cut and a ₹200 subsidy for those buying LPG cylinders under the Ujjwala Yojana scheme. She said revised fuel prices would ‘give relief to the common man’ in the face of rising prices of petrol and diesel, as well as cooking oil, food grains, vegetables, and other essential goods. The news was welcomed by prime minister Narendra Modi – who said ‘it is people first‘ for his government – but received with skepticism by some others.

The Karnataka government ‘will consider’ further reductions in petrol and diesel prices in the state, chief minister Basavaraj Bommai said Sunday, a day after the centre slashed additional excise duty on both by ₹8 and ₹6 per litre, respectively. “The (centre’s) decision has come on Saturday night… let’s see, we will consider it,” Bommai told reporters in Bengaluru as he was leaving to attend the World Economic Forum at Switzerland’s Davos.

The chief minister – expected to lead the ruling BJP in next year’s assembly election – pointed out in November 2021 Karnataka cut sales tax on petrol and diesel, reducing by ₹13.30 per litre and diesel by ₹19.47 per litre.

In Tamil Nadu – where the DMK and its ally, the Congress – are in power finance minister Palanivel Thiaga Rajan pointed out that Saturday’s excise duty cuts had only partially offset multiple price increases over the last two years.

“Exorbitant increase in taxes by Union Government only partially reduced through cuts and taxes continue to be high compared to 2014 rates. Therefore, it is neither fair nor reasonable to expect States to reduce their taxes,” he said.

Chidambaram hits out at minister over VAT cut request. Then admits mistake

He did, however, say it was ‘heartening’ that the centre had ‘finally heeded’ repeated requests to reduce taxes. Like Bommai he pointed out that in August 2021 the state cut petrol prices by ₹3 per litre.

Tamil Nadu’s main opposition party – the AIADMK, which is a BJP ally – has reminded the ruling DMK of its poll promise to reduce fuel prices.

Kerala, like Tamil Nadu, is unlikely to cut state taxes but prices will still drop due to the centre’s cut – by ₹2.41 per litre for petrol and ₹1.36 for diesel.

Rajasthan has done so; chief minister Ashok Gehlot has said the Congress-ruled state will reduce VAT. “… petrol will be cheaper by ₹10.48 and diesel by ₹7.16 per litre in the state,” he tweeted.

From 6 am fuel prices in Odisha were lesser by ₹2.23 per litre for petrol and ₹1.36 per litre for diesel in addition to the centre’s cuts. This means petrol in Odisha now costs ₹102.25 per litre and diesel costs ₹94.86 per litre.

Petrol and diesel in Madhya Pradesh capital Bhopal have come down to ₹108.63 and ₹93.88 per litre, respectively, a fuel association rep told PTI. Station owners have warned of losses over lack of relief for existing stock.

As Centre slashes excise duty on petrol, diesel, these are the latest prices

The state has thanked the centre for the rate cut, but the opposition Congress has demanded reductions by ₹20 and ₹26 per litre for petrol and diesel, arguing that central excise duty be brought down to 2014 levels.

In Goa petrol will now cost ₹97.17 per litre and diesel will cost ₹89.74 per litre, an industry stakeholder was quoted by PTI. However, sources told PTI no further cuts in VAT are expected since doing so ‘might hurt the economy’.

In Uttar Pradesh, opposition leader and Bahujan Samaj Party chief Mayawati has called on the Yogi Adityanath government to announce a cut in VAT as well, saying ‘it is the responsibility’ of the state to do so’.

With input from ANI, PTI

BJP leader among seven named in FIR after man beaten to...