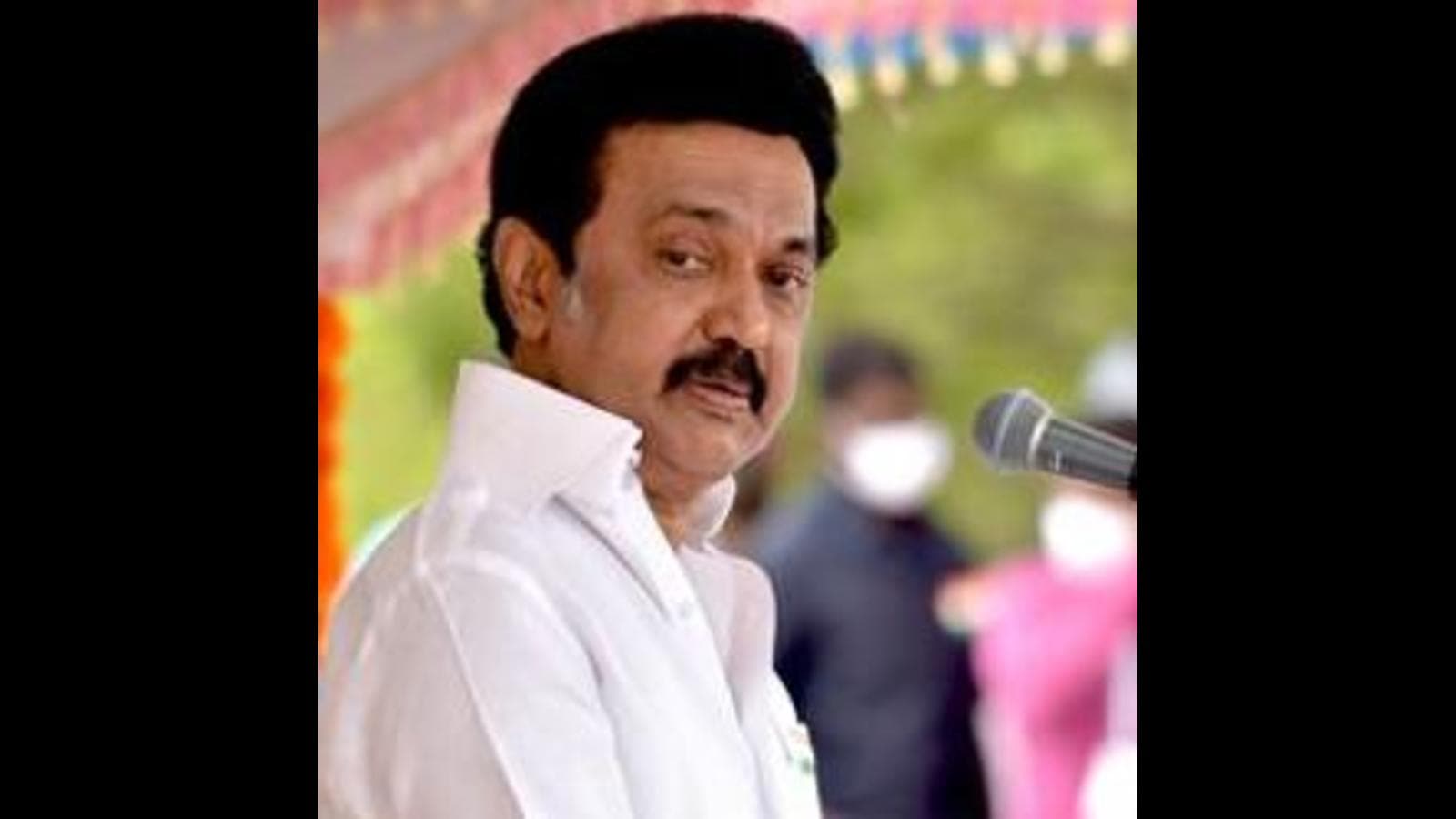 Chennai Tamil Nadu Chief Minister M K Stalin on Saturday urged Governor R N Ravi to forward a Bill, passed by the Assembly to exempt the state from the ambit of NEET and provide for admission to medical courses based on Class XII marks, to President Ram Nath Kovind for his assent.

Stalin called on Ravi at the Raj Bhavan here and requested him to immediately send the Bill to Kovind so as to get expeditious Presidential assent for it. The Chief Minister was accompanied by Water Resources Minister Duraimurugan, Health Minister Ma Subramanian and top government officials, an official release here said. Referring to the meeting between Ravi and Stalin, a Raj Bhavan release also cited discussions on rain and COVID-19 pandemic related initiatives taken up by the government.

After it assumed power in May this year, the DMK government got the Bill passed in the backdrop of a Salem based medical aspirant’s death by suicide. On September 13, 2021, the state Assembly passed the TN Admission to Undergraduate Medical Degree Courses Bill, 2021.

The Bill, referring to recommendations of a high-level committee, led by Justice A K Rajan, a retired judge of the Madras High Court said it is to dispense with the requirement of NEET for admission to UG Medical courses.

The NEET is not a fair or equitable method of admission since it favoured the rich and elite sections of society, according to the Bill’s preamble. Social groups mostly affected due to NEET were the students of Tamil medium, having rural background of government schools, those having parental income of less than ₹2.5 lakh per annum and the socially depressed and disadvantaged groups like the Most Backward Classes, the Scheduled Castes and Scheduled Tribes, as per the statement of objects of the Bill that quoted the findings of the panel.

The Bill is also to protect all vulnerable student communities from being discriminated and bring them to the mainstream of medical and dental education and ensure a robust public health care infrastructure across the state, particularly in the rural areas.

The panel had concluded that if NEET continued for a few more years, the health care system of Tamil Nadu would be very badly affected and there may not be enough doctors for postings in Primary Health Centres or state-run hospitals and that the rural and urban poor may not be able to join the medical courses.

Barring the BJP, all other parties in Tamil Nadu are opposed to NEET and this issue became politically sensitive over the years following deaths by suicide of over a dozen medical aspirants.

Har Ghar Tiranga: UP to spend 40 crore to procure...

Uddhav Thackeray not a face for 2024 LS polls: Sena rebel...