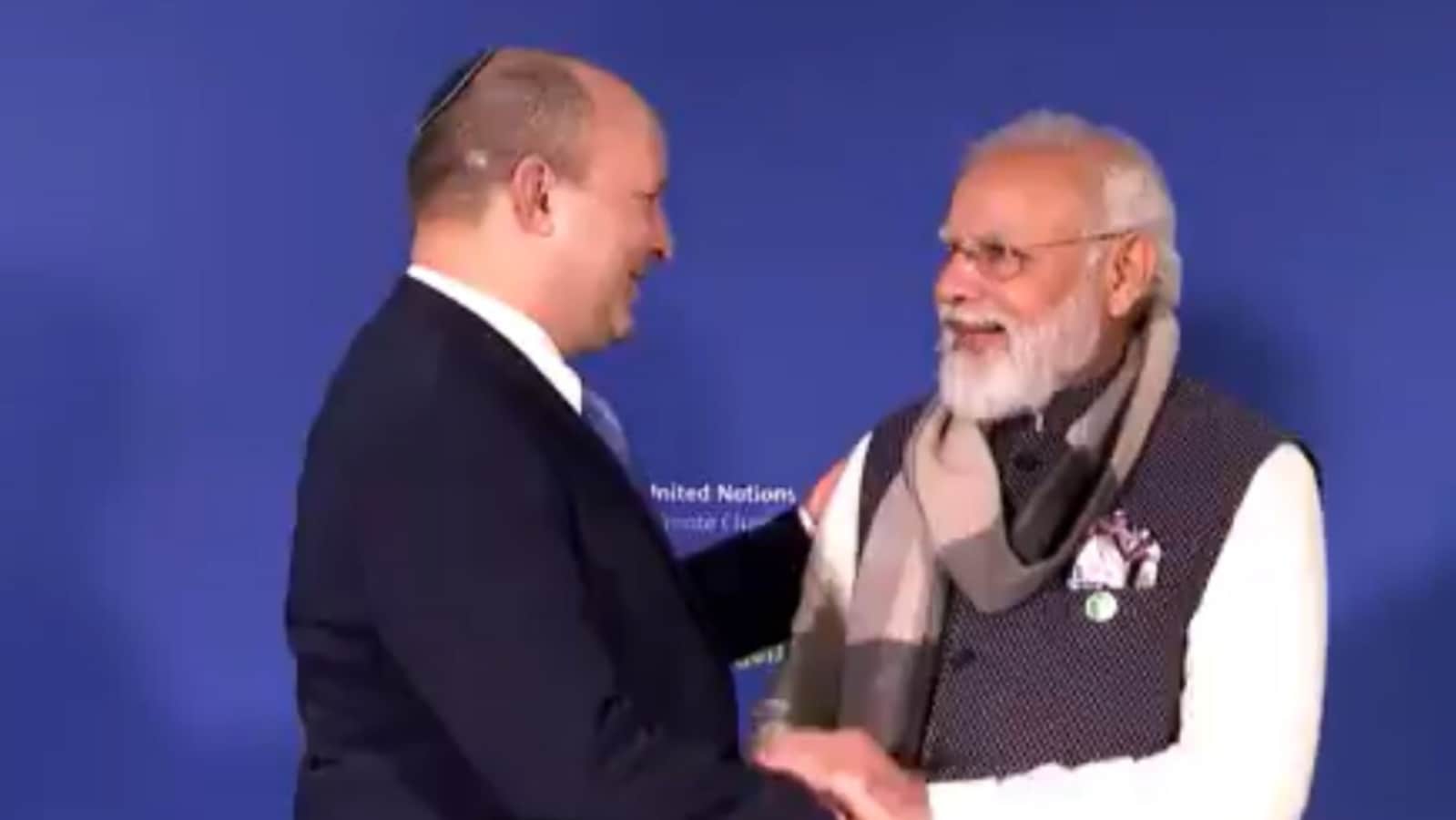 Prime Minister Narendra Modi met his Israeli counterpart Naftali Bennett on the sidelines of the COP26 climate summit in Glasgow on Tuesday. A video of their interaction was tweeted by the official Twitter account of the Office of the Prime Minister of Israel. In the video, Bennett praised PM Modi saying: “You are the most popular person in Israel”.

In a light-hearted conversation, Bennett also invited the Indian Prime Minister to “come join my party” and the two were seen sharing a laugh.

PM Modi and Bennett’s maiden formal meeting came after their brief interaction on Monday during the climate conference. During their meeting on Tuesday, they reviewed the bilateral ties besides exchanging views about expanding cooperation in areas of high-technology and innovation.

“Glad to have met, yet again, PM @naftalibennett. We had fruitful talks on boosting India-Israel friendship in sectors such as research, innovation and futuristic technologies. These sectors are critical for empowering our youngsters,” PM Modi tweeted.

Prime Minister Bennett described the “deep relationship” between India and Israel as one coming from the heart and not being about interests and urged Modi to work together to take the bilateral ties to “a whole new level”.

PM Modi also extended an invitation to Bennett to visit India as he recalled that next year would mark 30 years of the establishment of full diplomatic relations between India and Israel.

“Next year will be the 30th anniversary of the diplomatic relation between India and Israel and in this context, PM Modi invited Naftali Bennett to visit India,” said foreign secretary Harsh Vardhan Shrigla during a press conference here on Tuesday.

“Prime Minister Bennett said that he had visited India about three times in the past in his capacity as a minister in the government of Israel but he will be delighted to visit India in the first quarter of 2022,” Shringla said.

The Prime Minister was in Glasgow, where he attended the COP26 events and held bilaterals with several leaders. The Prime Minister is now on his way back to India. “Departing after 2 days of intense discussions about the future of our planet. India has not only exceeded Paris commitments but has now also set an ambitious agenda for the next 50 years,” he said in a tweet.

Explained: Markets rising, should you invest for short-term gains?

No comments on religion, BJP advises its spokespersons