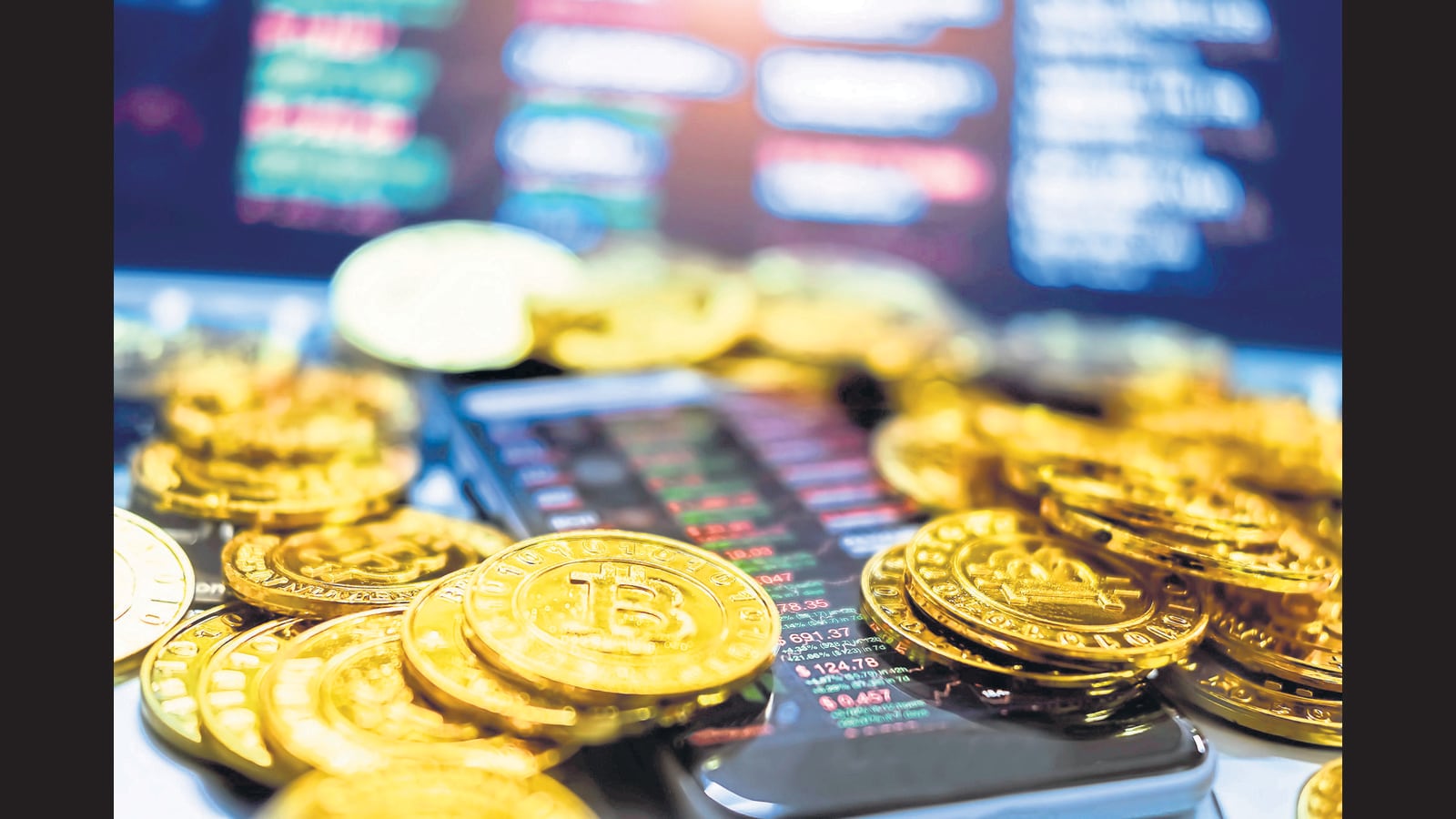 New Delhi: People who hold cryptocurrencies will get time to exit from the unregulated market if the government enacts a law banning their trade or use, but all profit from liquidating these investments will be treated as income or capital gains and will be appropriately taxed, two officials aware of the development said on Wednesday.

The government has scheduled the introduction of the “Cryptocurrency and Regulation of Official Digital Currency Bill, 2021” in the winter session of Parliament with the purpose to “prohibit all private cryptocurrencies in India,” but the bill will have “certain exceptions to promote the underlying technology of cryptocurrency and its uses”. The session starts on November 29.

There’s also a school of thought that believes the government could continue to allow cryptocurrencies as an asset class (like mutual funds), not currency.

The first person said investors will have ample time to exit if they wish from the time the bill is introduced in the Parliament and then passed by the two houses. Additionally, a three-month buffer is likely to be allowed, beginning from the date a potential ban is enacted.

“In fact, people should have taken a cue from RBI’s [Reserve Bank of India] cautionary note issued in 2018; subsequently, a committee under the chairmanship of economic affairs secretary recommended banning private VCs [virtual currencies] in 2019. Perhaps, they took a calculated risk,” this person added, asking not to be named.

According to officials, the Bill is still a draft as it needs formal approval by the cabinet before being introduced in the Parliament.

RBI on April 6, 2018, pointed to the risks associated with cryptocurrencies such as Bitcoin and advised banks and other entities under its regulation not to deal with such currencies. The Supreme Court set aside the RBI circular on March 4, 2020.

India is among those countries mulling the idea of a central-bank issued digital currency.

“Governments world-over are facing issues of terror-financing and money laundering, which could be facilitated by cryptocurrencies. Even (international intergovernmental body) Financial Action Task Force (FATF) has cautioned that virtual currencies can create new opportunities for criminals to launder their proceeds and finance their illicit activities. Hence, private virtual currencies cannot be allowed. But, a reasonable time will be given to people if they want to exit after paying taxes,” a second official said.

Naveen Wadhwa, deputy general manager at Taxmann, a tax research and advisory firm said, the applicability of income tax on such investments would depend on several factors — whether the assessee is a broker or an investor.

For an investor, based on the holding period, the income can be classified as short-term profit or long-term capital gains. Hence, different tax rates will be applicable.

SR Patnaik, head-taxation at law firm Cyril Amarchand Mangaldas said: “The gains accrued to an individual investor may either be regarded as business income or as capital gains depending on how they have been recorded and the purposes for which such investment was made.”

“In case the investor acquired cryptocurrencies for speculative purposes or with an intention to trade in them and make money, they may be regarded as business income. However, if the investment was made with the intention of making gains from the long term appreciation, then such gains may be taxed as capital gains,” he said.

Alternatively, the entire amount of gains may be taxed at the highest rate as income from other sources, he added.

In search of a house for Mr Wrong Caste

Leave it to Hanuman

‘Shinde camp MLAs danced in Goa hotel like they were in...