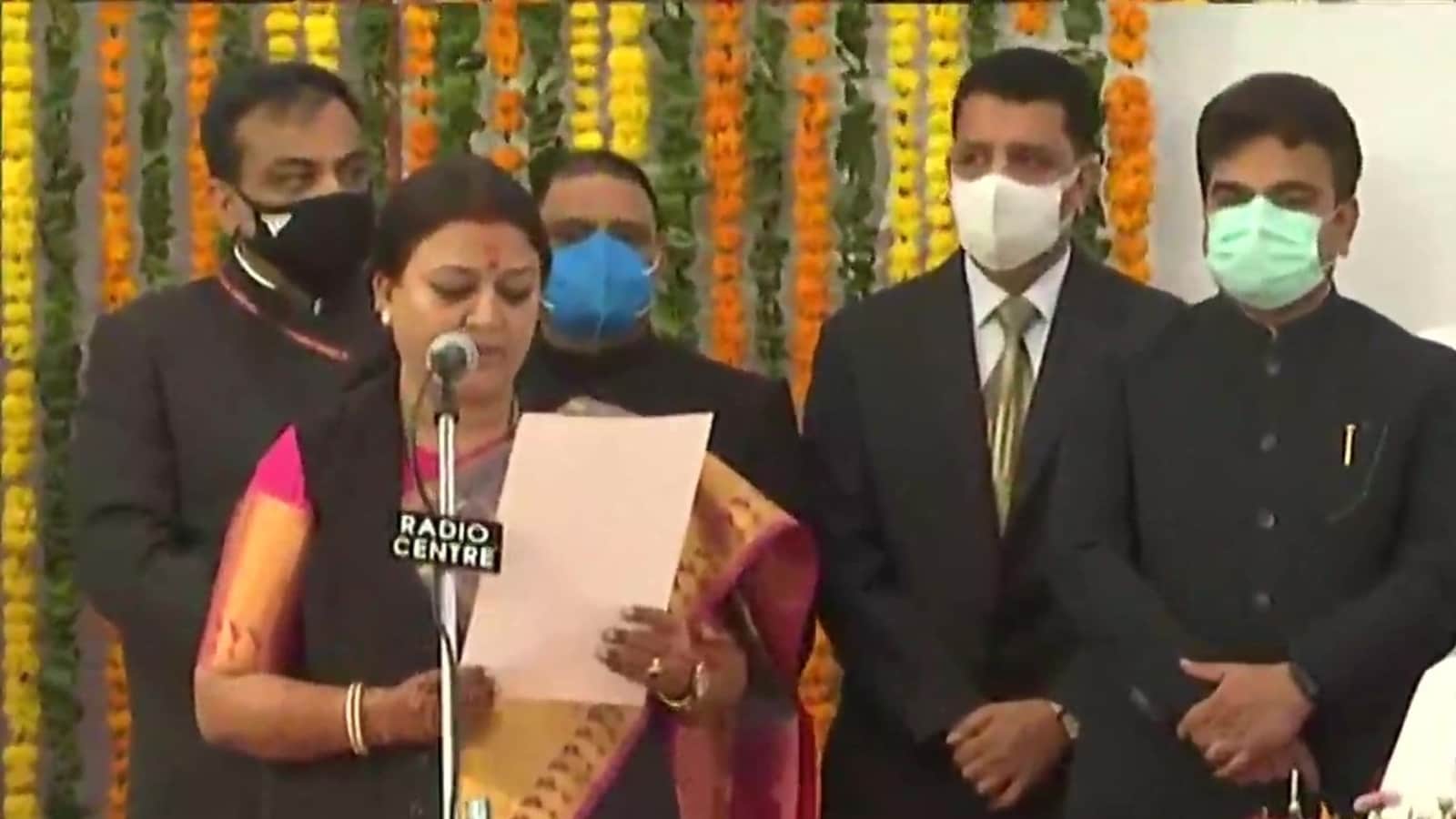 In a major reshuffle of the Rajasthan cabinet, as many as 15 ministers – including 11 cabinet ministers and four ministers of state (MoS) – on Sunday took oath for their newfound duties at the legislative assembly in Jaipur. News agency ANI posted visuals from the swearing-in ceremony – where Congress MLAs, including Mahendrajeet Singh Malviya, Ramlal Jat, Mahesh Joshi, Vishvendra Singh, and Hemaram Choudhary – could be seen being sworn in as cabinet ministers in the Rajasthan government by governor Kalraj Mishra.

The 11 new cabinet ministers include three who have already been elevated from the rank of a minister of state to the cabinet. Three other ministers – Govind Singh Dotasra, Harish Chaudhary, and Raghu Sharma – have been dropped from the Ashok Gehlot cabinet while the rest of the ministers have been retained. This information had earlier in the day been provided by Dotasra, who shared a list of the 15 MLAs administered oath of office on Sunday.

In addition to them, 12 new ministers are being inducted in the Rajasthan cabinet. MLAs Hemaram Choudhary, Murari Lal Meena, Zahida Khan, Rajendra Singh Gudha, and Brijendra Ola – who are now part of the cabinet of chief minister Ashok Gehlot after the reshuffle – are seen as Congress leader Sachin Pilot’s “loyalists”. Meanwhile, six of the new ministers are seen as belonging to the Gehlot camp.

With the addition of these new members, the total number of ministers in the state council will now reach 30, which is incidentally the maximum number of cabinet ministers, including the chief minister, that the state is allowed to have.

All the Rajasthan Congress MLAs who swore in as ministers assembled earlier in the day with other leaders at the party office in Jaipur. Govind Singh Dotasra felicitated them at the Rajasthan Pradesh Congress Committee (RPCC) office, while chief minister Ashok Gehlot and AICC general secretary in-charge for Rajasthan, Ajay Maken, addressed them on the responsibilities ahead.

All the ministers in Congress-ruled Rajasthan had resigned during a meeting at chief minister Ashok Gehlot’s residence in Jaipur on Saturday evening, ahead of the Cabinet reshuffle. Gehlot later met governor Kalraj Mishra at the Raj Bhawan to discuss the future course of action.

Rape is rape, even if man is husband: Karnataka HC

Thaman S is elated on winning National Film Award for Ala...