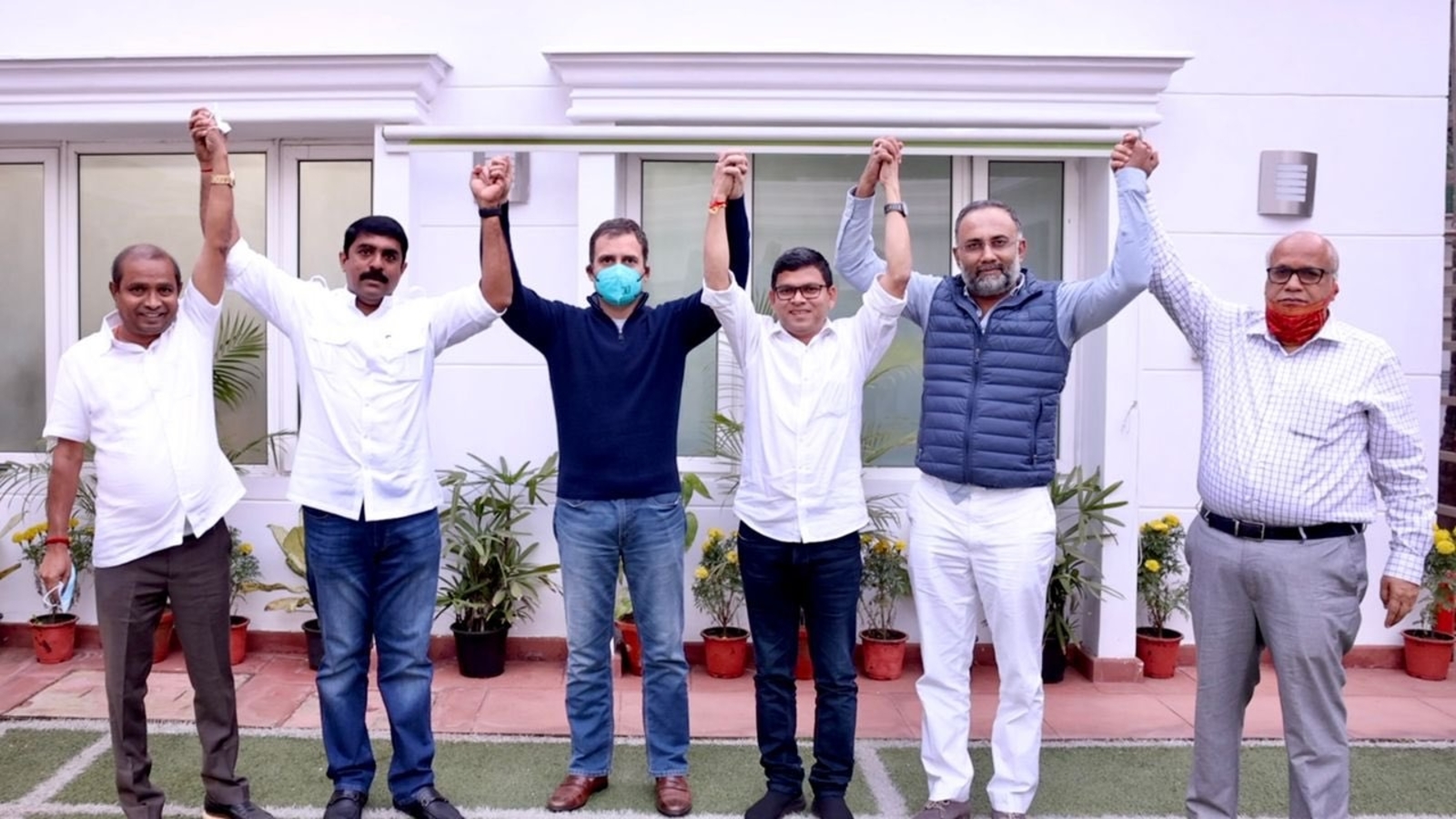 With an eye on assembly elections, Congress leader Rahul Gandhi met two Goa Forward Party MLAs on Tuesday at his residence. The Wayanad MP met Vijai Sardesai and Vinod Palyekar, who extended their support to the party ahead of the legislative assembly elections in the state.

Gandhi also met independent legislator Prasad Gaonkar — who earlier met the Trinamool Congress MP Abhishek Banerjee in October — who also extended his support to the party. Congress is trying to get smaller parties together in a bid to oust the Bharatiya Janata Party (BJP). It recently suffered a setback as former chief minister and Congress veteran Luizinho Faleiro joined the Trinamool Congress earlier this year.

However, following Gaonkar’s meeting with Gandhi, some Congress leaders tweeted photos of Abhishek Banerjee’s tweet where he thanked Gaonkar. “It is an absolute pleasure to receive the support of a farmer’s son for India’s firebrand woman leader who is challenging the “Two”-man show at the Centre. My sincere gratitude to @prasadgaonkr13 ji & heartiest welcome to Sandesh Gaonkar ji on joining @AITCofficial,” Banerjee tweeted earlier.

“We agreed to fight resolutely, wholeheartedly and unitedly on behalf of the people of Goa to end the utterly corrupt, incompetent and undemocratic reign of the BJP,” Sardesai said in a tweet. He also called Goa chief minister Pramod Sawant “communal” and “anti-Goan”.

Goa is witnessing a multilateral contest as the Trinamool Congress, Aam Aadmi Party (AAP) and the Shiv Sena seek to challenge the BJP government in the state. Earlier the Delhi chief minister and AAP chief Arvind Kejriwal promised to resume mining, free pilgrimage and free electricity if voted to power. Bengal chief minister and Trinamool Congress supremo Mamata Banerjee earlier in October reached out to fishermen and civil society members in order to strengthen the party’s base in the coastal state.

Stories of jawans’ valour to be part of school books: Pradhan

10% elders admit to being victims of physical assault; relatives, sons...