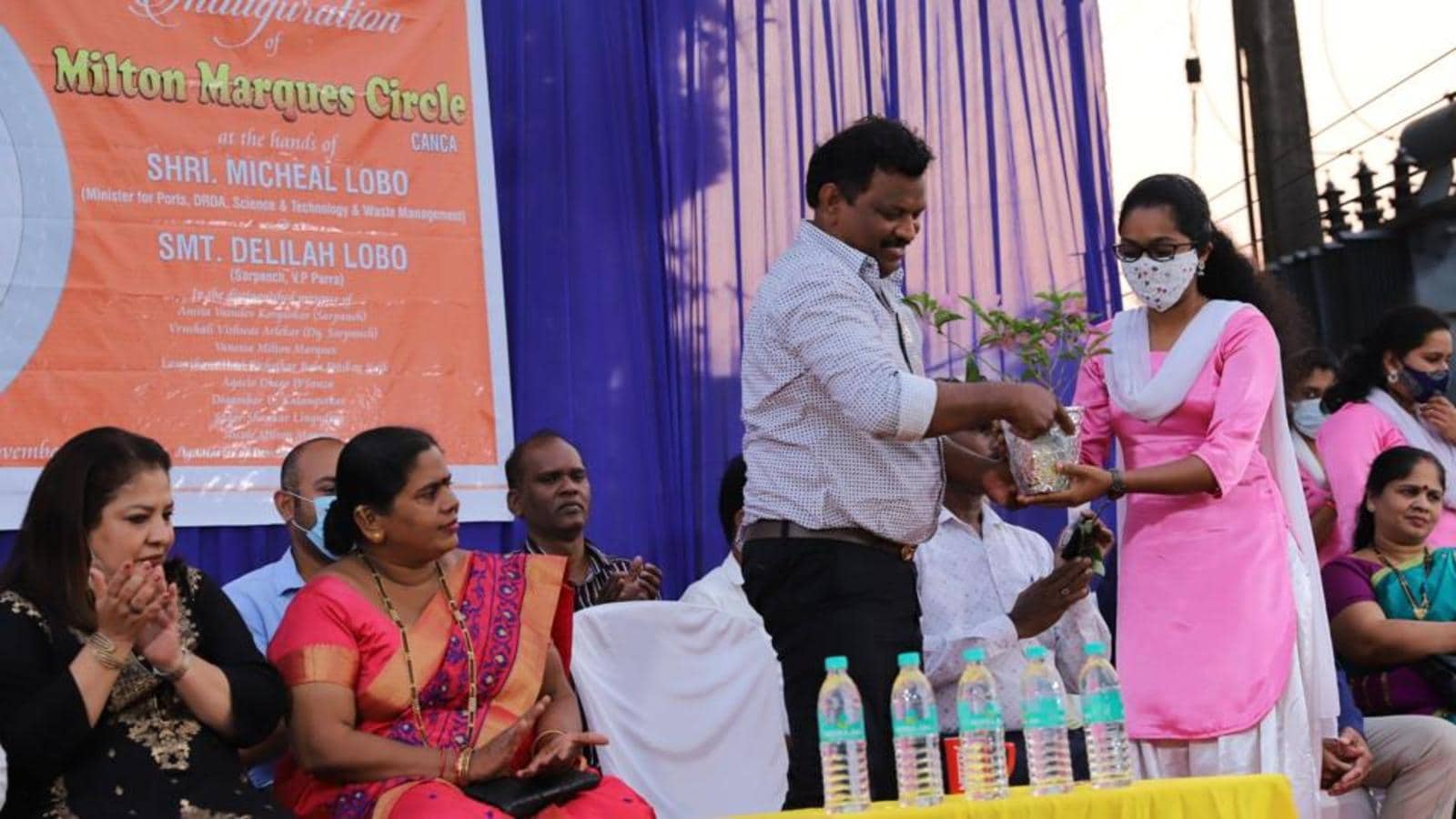 PANAJI: Goa minister and Bharatiya Janata Party (BJP) leader Michael Lobo, who pledged his support to his wife and a friend in the state elections leading to red faces in his party, on Thursday defended his announcement, saying people are looking for good candidates and indicted certain sitting MLAs for non-performance. He did not, however, name anyone.

“People of Goa want good candidates so that their issues are addressed and solved whether it is water or electricity. Today people are fighting for basic necessities. These are good candidates. People across Goa are looking for good candidates. Today the MLAs are not performing, they are not available to the people,” Lobo told reporters on Thursday explaining his unusual announcement just a day earlier.

On Wednesday, Lobo, a two-time BJP lawmaker, announced that his wife Delilah Lobo will ‘most certainly’ contest from the Siolim constituency (which borders the Calangute constituency he represents) and threw his weight behind Sudhir Kandolkar, a Congressman who he said he will back irrespective of the party Kandolkar contests from.

“The candidates who are going to contest are seated here — Delilah, Sudhir Kandolkar from Mapusa. I think that this time 100% the people will get him elected. Delilah will contest from Siolim with the blessings of the people,” Lobo said at the event.

To be sure, Lobo did not say that he expected his two candidates to be given a BJP ticket. but only underlined who will have his support on the two seats, Siolim and Mapusa.

On Thurday, he reiterated this point as well.

“I am not asking for tickets for anybody. I’m saying good candidates should be given tickets, these are our names. Let’s see which party (they will fight on) later”.

Lobo, 45, was made a minister in the Pramod Sawant cabinet after the BJP snapped ties with the Goa Forward Party in 2019 and asked its ministers to step down.

Lobo’s comments came as a huge embarrassment for the BJP coming as they do, despite a directive from the Goa BJP president Sadanand Shet Tanavade who has, on more than one occasion, asked party leaders and ticket aspirants to respect the party’s internal process to hand out tickets.

After Lobo still went ahead, Tanavade declined to comment, saying “there is nothing new to add” to what he has already said.

“I have spoken in the past on this issue… I do not wish to comment further,” Sadanand Shet Tanavade said when asked about Lobo’s announcement.

In the past, Tanavade has underscored that the decision to hand out tickets is taken after a due process involving a recommendation from the party’s state unit to the national parliamentary board which takes a final decision. “Until that process is completed, no person can decide for himself that he is contesting on a BJP ticket,” Tanavade said.

Lobo’s decision to announce his wife as a candidate for the upcoming polls, irrespective of whether she gets the BJP ticket has ruffled feathers of former BJP MLA Dayanand Mandrekar, who lost his seat to Vinoda Paliencar of the Goa Forward Party in 2017, but is now keen to protect his turf and secure a BJP ticket either for himself or his son.

Lobo said his wife decided that she will contest from Siolim and the decision was hers, not his and that the initial feedback she received from the constituency was positive, which is what prompted him to decide to back her. Like Michael Lobo’s Calangute constituency it borders, Siolim constituency is also a tourism centric seat and includes hotspots like Anjuna, Chapora and Siolim itself.

In Mapusa, the headquarters of the Bardez taluka, Lobo has vowed to back Sudhir Kandolkar, a former member of the BJP and a close aide of former deputy chief minister Francis D’Souza who died in February 2019. In the bye election that ensued, the BJP gave the party ticket to D’Souza’s son Joshua provoking Kandolkar to switch sides, join the Congress and contest against Joshua. Joshua won by a thousand-odd votes, but the margin was far less than the 10,000 or so votes his father used to win by.

Kandolkar, who remains a Congressman, said he was expecting the party’s ticket for the upcoming election has welcomed Lobo’s loud support, saying it was a boost. If there are others willing to back him, they are welcome to do so as well, he added.

Michael Lobo’s public announcement has led to ripples in the Congress as well where some leaders hinted they hoped the public declaration isn’t a precursor to Lobo crossing sides. Among them is Lobo’s rival Agnelo Fernandes, a former Calangute MLA who has been looking at another shot at getting back into the assembly.

Fernandes stepped up on Wednesday, declaring that he was determined to “fight the forces out to destroy Goa” even as he accused Lobo of being in cahoots with the “builder and casino lobby”.

But the BJP’s problems are not limited to Lobo seeking to expand his fief.

In Mandrem, a constituency that is home to the beaches of Morjim, Arambol and Tiracol former chief minister Laxmikant Parsekar and member of the Goa BJP executive is up against sitting MLA Dayanand Sopte who has “officially” launched his campaign, complete with BJP flags.

To his friends and associates, Parsekar has made it clear that he will not go down without a fight.

Parsekar’s determination to give himself a fighting chance is something, one BJP leader acknowledged, that has the party leadership concerned.

The BJP holds a clear majority of 27 MLAs in the 39-member house after a Congress MLA resigned to join the TMC reducing the strength of the assembly from 40 to 39. The Congress holds four seats, the Goa Forward three while the MGP and NCP hold one each. Independent canddates hold another three.

At event on PM Modi, S Jaishankar says this on ‘Delhi...