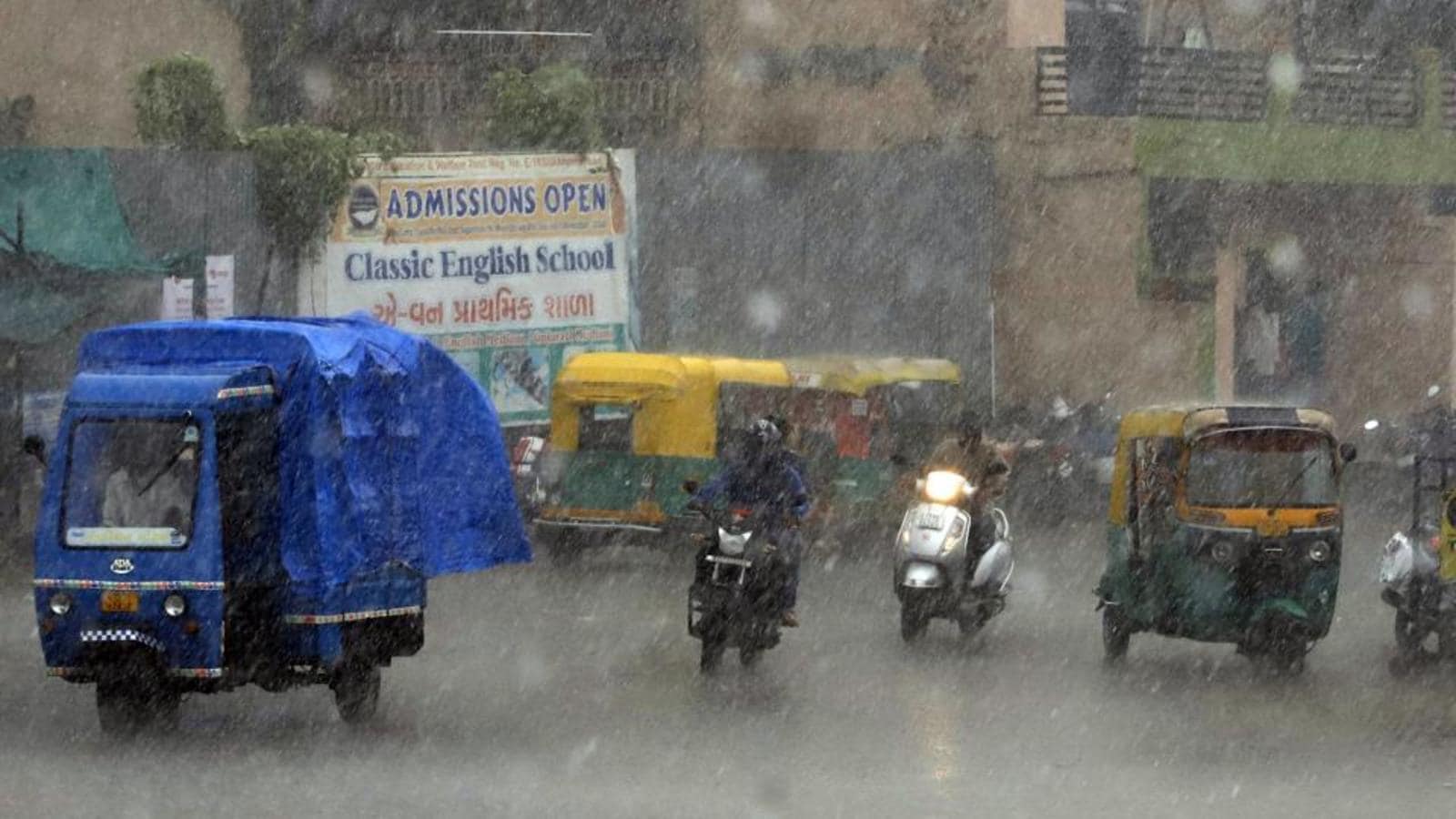 Heavy and widespread rain is likely over Gujarat and north Konkan, while Haryana, east Rajasthan and west Uttar Pradesh are likely to received scattered rainfall on December 1 and 2, according to India Meteorological Department (IMD).

A cyclonic circulation is lying over southeast Arabian Sea, adjoining Maldives-Lakshadweep, and a trough or line of low pressure at mean sea level is running from this cyclonic circulation to east central Arabian Sea off Karnataka coast. A low pressure area is likely to form over East central Arabian sea off Maharashtra coast around December 1 (Wednesday), the IMD forecast said.

A low pressure area is likely to form over south Andaman Sea on Tuesday and move west-northwestwards before concentrating into a depression over South east & adjoining Eastcentral Bay of Bengal during subsequent 48 hours. Under its influence, isolated heavy to very heavy rainfall is likely over Andaman and Nicobar Islands till Wednesday.

Rainfall activity is likely to increase with isolated heavy to very heavy rainfall over north Coastal Andhra Pradesh and Odisha from the night of December 3 for subsequent 48 hours. Widespread rainfall is very likely over Tamil Nadu, Puducherry, Karaikal, Kerala, Mahe and Lakshadweep area and scattered to fairly widespread rainfall was likely over south coastal Andhra Pradesh and Yanam, Rayalaseema during the next 2 days, the weather bulletin said.

Students in race against time as first CUET kicks off today

PM Modi gets Bhutan’s highest civilian award. Here are his other...

‘Hang my head in shame’: Kapil Sibal on state of judiciary