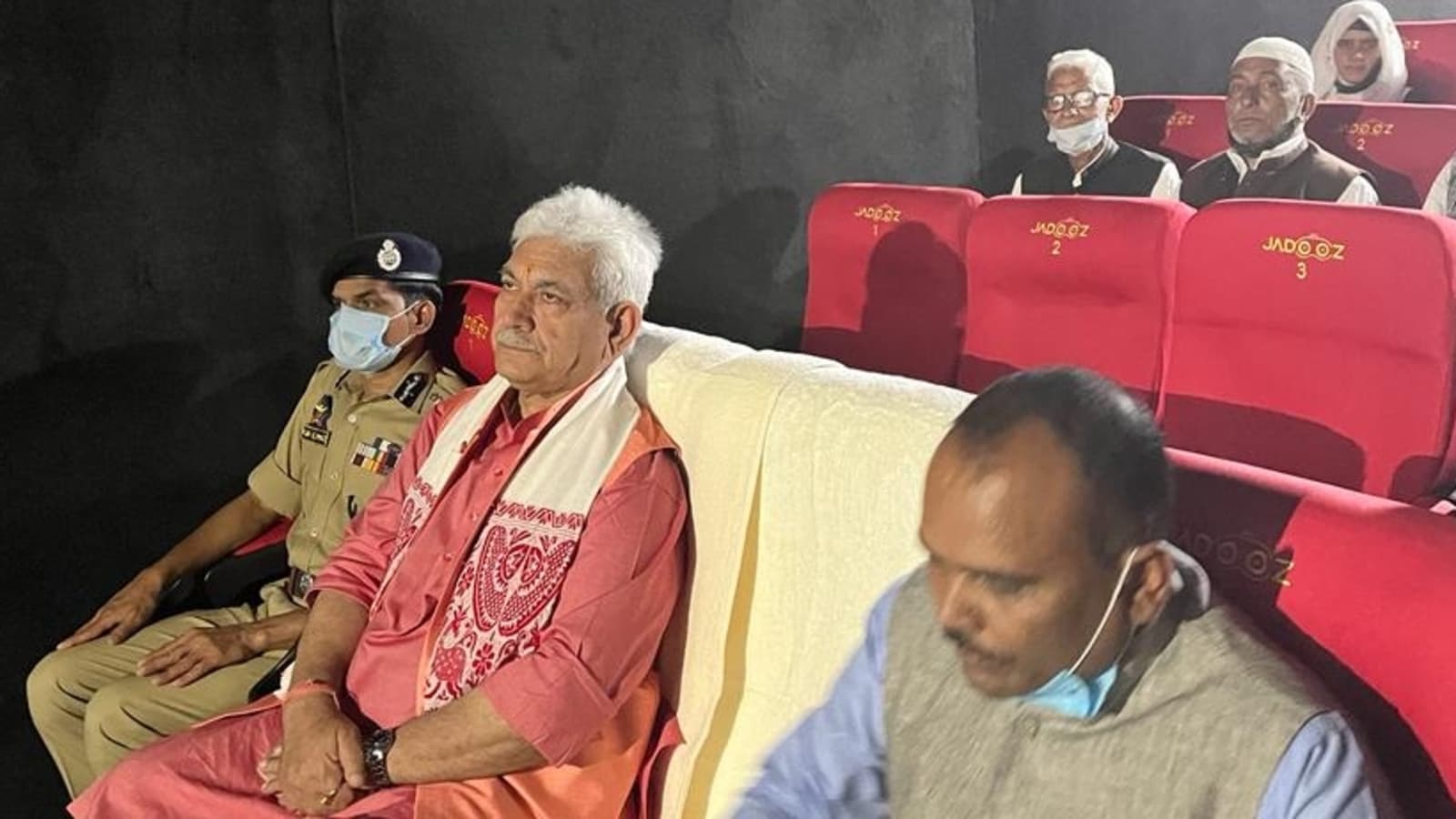 Amid preparations for the highly-anticipated launch of a multiplex in Srinagar in October, Jammu and Kashmir lieutenant governor Manoj Sinha on Sunday tweeted visuals from the inauguration of cinema halls in Pulwama and Shopian, calling it a “historic” day.

Photos put out by his office showed the lieutenant governor attending a screening of the Bollywood movie “Bhaag Milkha Bhaag”. “A historic day for J&K UT! Inaugurated Multipurpose Cinema Halls at Pulwama and Shopian. It offers facilities ranging from movie screening, infotainment and skilling of youth,” Manoj Sinha wrote in a tweet.

While the halls are aimed at catering different purposes, apart from movie screening, the development comes amid efforts by the Jammu & Kashmir Film Development Council (JKFDC) to promote the Union territory as a destination for shooting and production movies, and shows. In Kashmir, cinema halls were shut in early 1990s amid spread of militancy. About a dozen standalone cinema halls were functioning in the Valley till the late 1980s but the owners faced threats.

Over the years, attempts were made to reopen some of the theatres. However, a grenade attack on Regal Cinema in the heart of Lal Chowk was reported in Srinagar in September 1999. Among other cinemas that were opened and later shut were Neelam and Broadway.

The government on Sunday said that it inaugurated cinema halls for multiple uses like information dissemination or skill enhancement.

Alia Bhatt glows as she returns with Ranbir Kapoor from Italian...