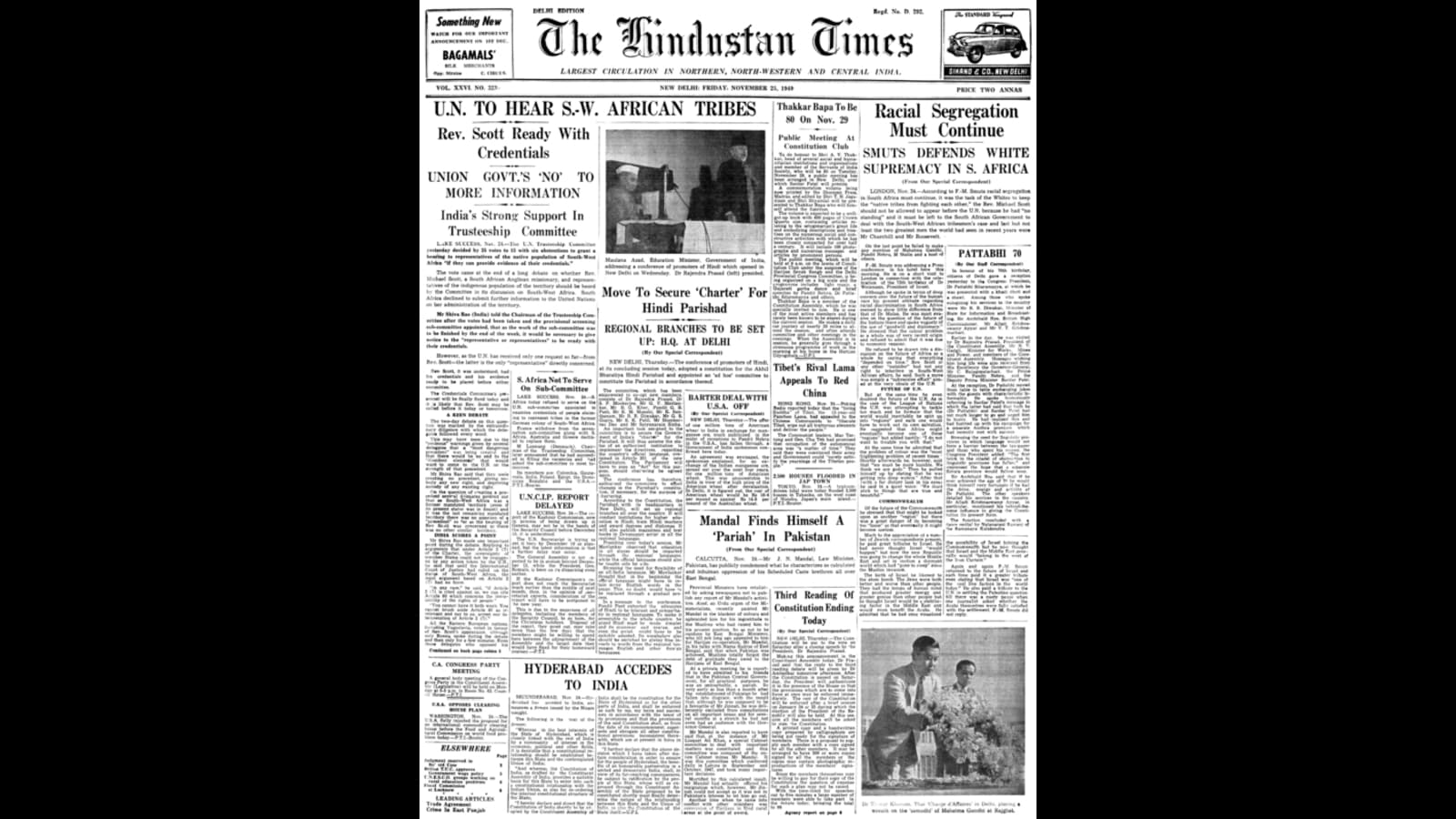 As per the firman issued by the Nizam, “the Constitution of India, as drafted by the Constituent Assembly of India, provides a suitable basis for this State to enter into such a constitutional relationship with the Indian Union”

Secunderabad- Hyderabad has acceded to India, announces a firman issued by the Nizam tonight.

The following is the text of the firman:

“Whereas in the best interests of the State of Hyderabad, which is closely linked with the rest of India by a community of interest in the economic, political and other fields, it is desirable that a constitutional relationship should be established between this State and the contemplated Union of India;

“I hereby declare and direct that the Constitution of India shortly to be adopted by the Constituent Assembly of India shall be the constitution for the State of Hyderabad as for the other parts of India, and shall be enforced as such by me, my heirs and successors in accordance with the tenor of its provisions and that the provisions of the said Constitution shall, as from the date of its commencement, supersede and abrogate all other constitutional provisions inconsistent therewith, which are at present in force in this State.

“I further declare that the above decision which I have taken after mature consideration in order to ensure for the people of Hyderabad, the benefits of an honourable partnership in a united and democratic India, shall, in view of its far-reaching consequences, be subject to ratification by the people of this State, whose will as expressed through the Constituent Assembly of the State proposed to be constituted shortly must finally determine the nature of the relationship between this State and the Union of India, as also the Constitution of the State itself.

Warning signs can be detected sooner through universal screenings for student...

This Chandigarh poetess turned her disability into her strength

UP: Builder, his aide arrested for ‘immolating’ contractor

India, UK to hold fifth round of talks on FTA in...

Govt to withdraw 100,000 minor cases to reduce burden on judiciary:...