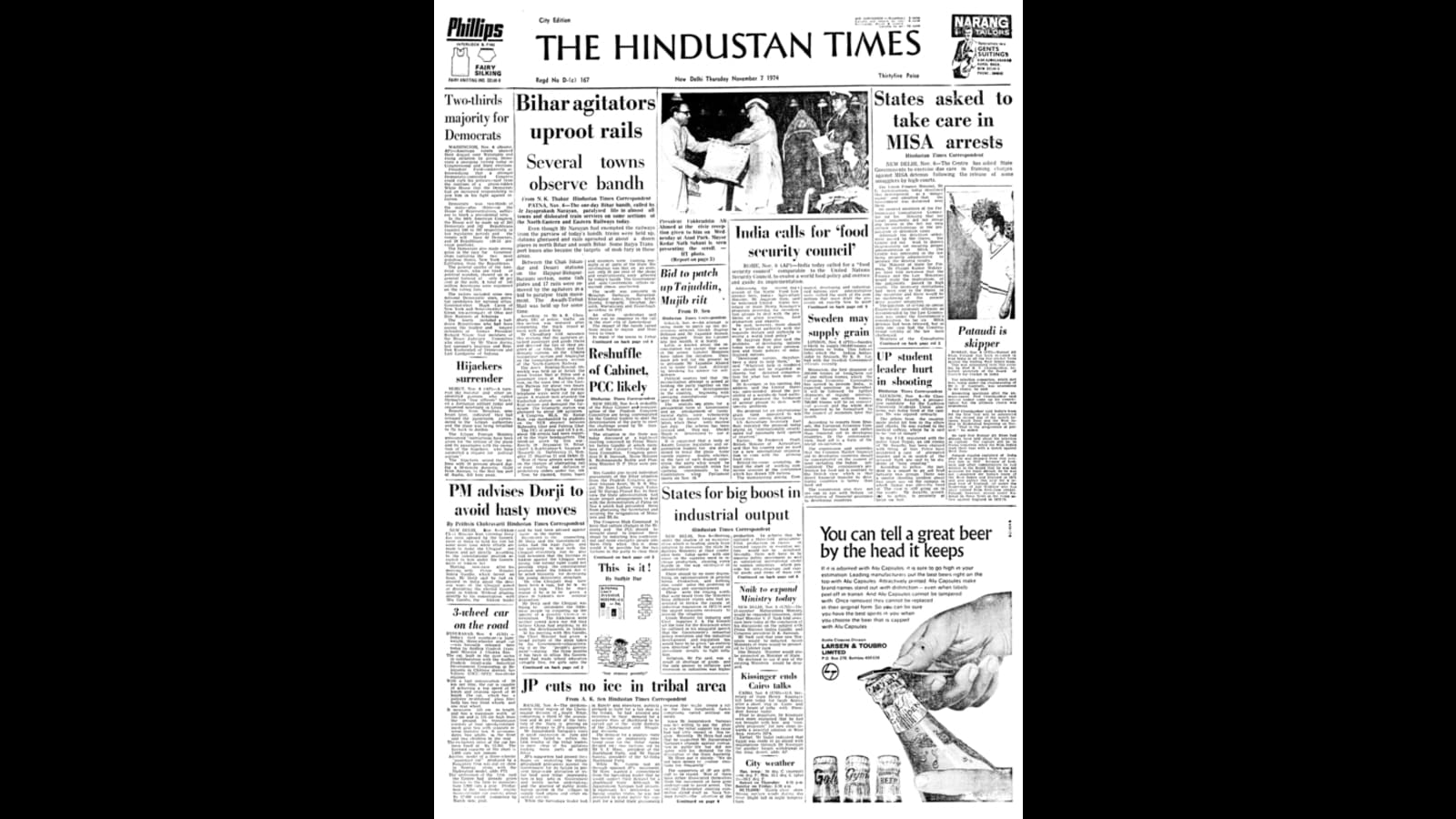 Bombay- Mansoor Ali Khan Pataudi has been re-called to lead India in all the five cricket Tests against the visiting West Indies team.

This was announced here this evening by Prof M V Chandgadkar, honorary secretary of the Board of Control for Cricket in India.

The selection committee, which met here today (November 6) under the chairmanship of Mr. C.D Gopinath, was unanimous in its choice, he said.

Answering questions after the announcement, Prof Chandgadkar said several names came up for consideration but the ultimate choice was unanimous.

Prof Chandgadkar said India’s team for the first Test will be announced on the second day of the match between South Zone and the West Indies in Hyderabad beginning on Nov. 16. “That is the programme at present.” he added

He said that Mansur Ali Khan had already been told about his selection as captain. The captain will be in Poona tomorrow when the West Indies start their tour with a match against West Zone.

Pataudi regains captaincy of India after he was dropped from that position late in 1970. Because of business and other commitments he had written to the Board that he was not available for tours abroad so he was not considered for India’s tours of the West Indies and England in 1971 and also earlier this year for a repeat tour of England, all under the leadership of Ajit Wadekar who has since retired from first-class cricket. Pataudi, however played under Wadekar in three Tests in the home series against England in 1972-73.

Naomi Judd, of Grammy-winning duo The Judds, dies at 76

Dispute with landlord? 5 women among seven booked for attacking family