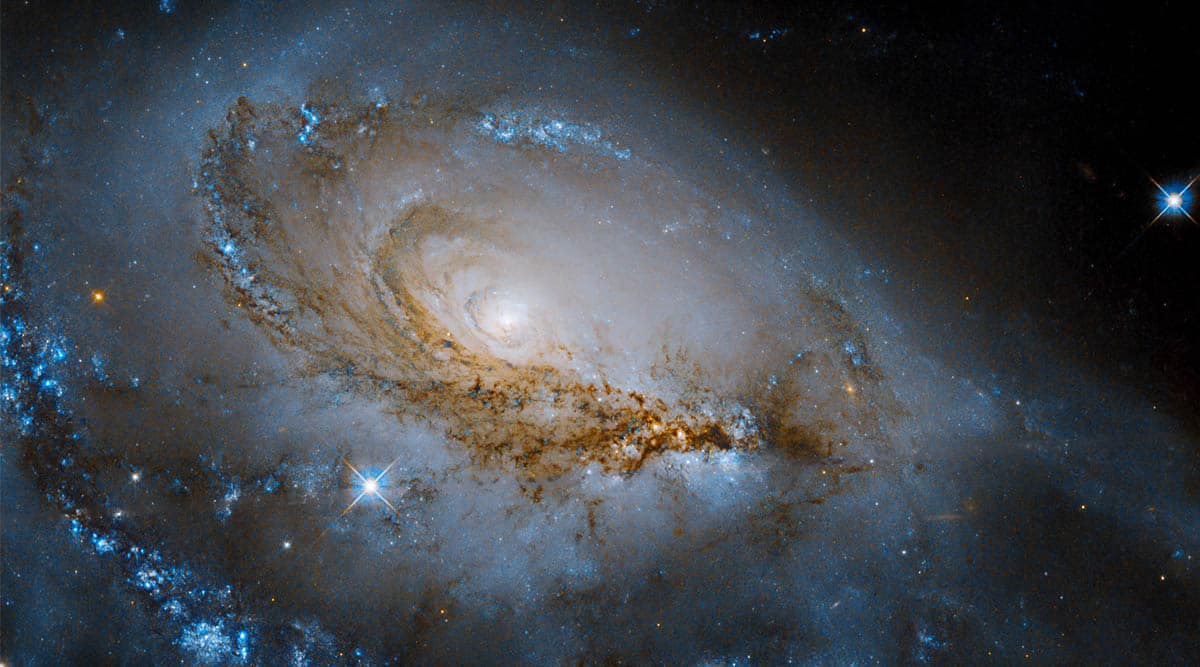 NGC 1961 is located about 180 million light-years away in the constellation Camelopardalis. It is classified as an intermediate spiral galaxy and as an active galactic nucleus. Intermediate spirals fall in between “barred” and “unbarred” spiral galaxies. They do not have a well-defined bar of stars at their centre.

Active galactic nucleus galaxies have very bright centres that far outshine the rest of the galaxy at specific wavelengths. It is likely that NGC 1961 has a supermassive black hole at its core, churning out the winds and bright jets that shape the galaxy.

This just-released Hubble image of NGC 1961 shows a shining galaxy that resides about 180 million light-years away, in the constellation Camelopardalis.

Last week, NASA revealed a stunning image of a supernova remnant using data from Hubble and the Chandra X-ray telescope. NASA scientists used data from Chandra, Hubble and the agency’s retired Spitzer Space telescope to “rewind” the star’s explosion and found clues about how long ago the stellar explosion happened and about the environment of the star before the explosion.

Earlier this month, the space agency released a James Webb Telescope image of the “Phantom Galaxy,” officially known as M74. The Webb image revealed delicate filaments of gas and dust in the spiral arms in the galaxy and the lack of gas at its centre gave a clear view of the nuclear star cluster.

In Colombia, a leftist and a right-wing populist head for June...