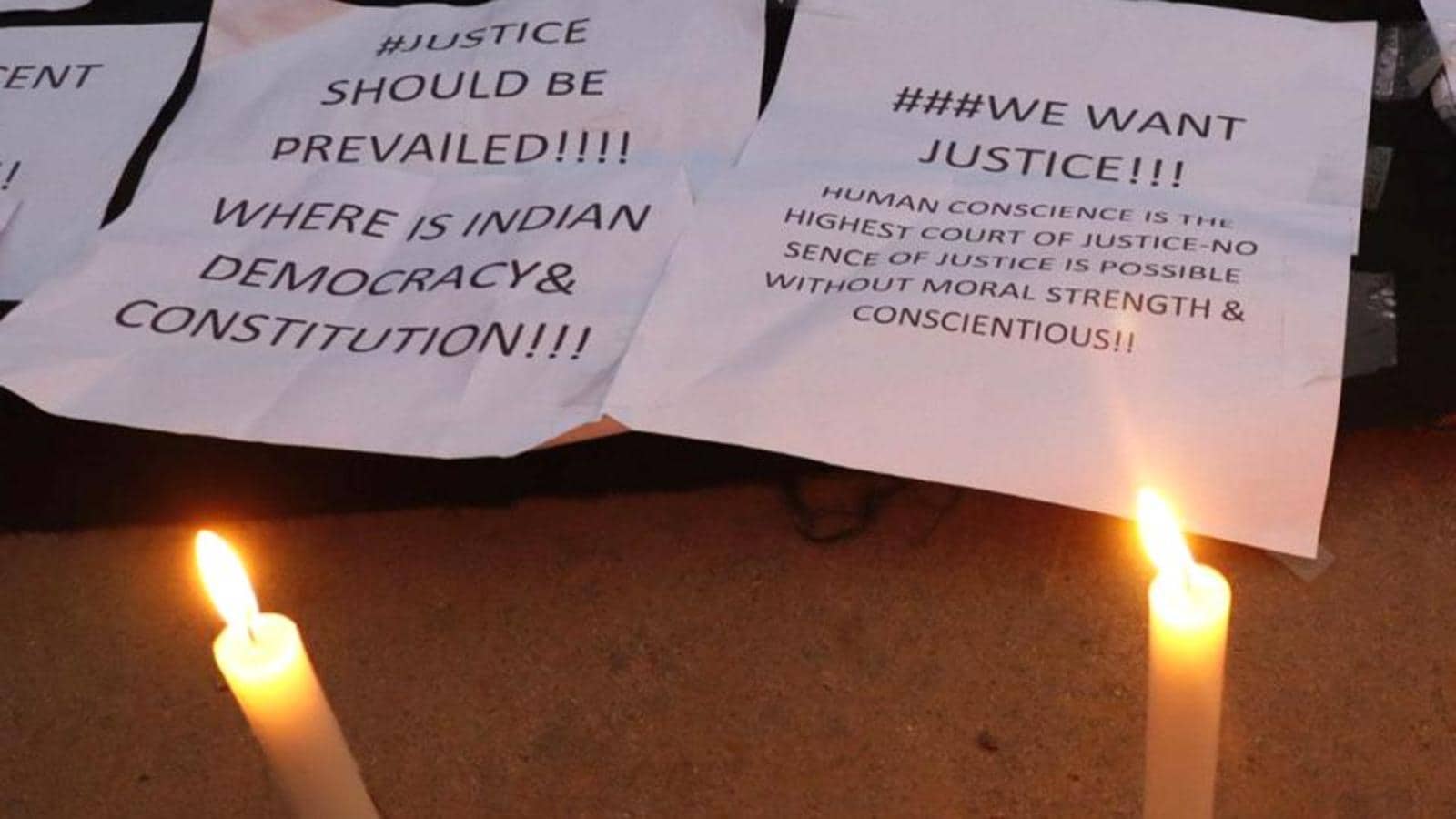 Family of Mohammad Aamir Magray, a local associate of the Pakistani terrorist killed during the Hyderpora encounter, on Wednesday demanded a thorough probe into his death and sought his burial at their ancestral graveyard in Gool area of Ramban district.

His father Mohammad Lateef Magray said, “We are true Indians and my son can never think of becoming a militant.”

“I appeal Jammu and Kashmir LG to give me justice. I am an Indian, who has been feted for my counter-insurgency work. I have taken bullets on my chest but my son was declared a militant, which is totally false. He was killed under a conspiracy…he was a patriot and a true nationalist like me,” he added.

“We were given security for 15 years for our anti-terror work. My son had gone to do labour in Srinagar but some wrong source took money and labelled him a militant . Therefore, I want a thorough probe into it. I also appeal the authorities to hand over the body of my son,” Aamir’s father said.

His elder sister Momina Begum said, “My younger brother worked in an office in Hyderpora where he prepared tea and tended to work. We used to live together. Had he been a militant, I would have never kept him with me.”

Meanwhile, additional district magistrate of Ramban, Harbans Lal Sharma on Wednesday imposed prohibitory orders under Section 144 of the CrPC in order to maintain law and order in Famrote, Sangaldan and Seripura areas of Gool subdivision till further orders.

“The prohibitory orders have been imposed as a precautionary measure to pre-empt any possible law and order trouble,” he said.

Two Kashmiri Pandit bodies, one comprising migrant Pandits and another who did not migrate from Kashmir, have come forward in support of the families of two civilians.

Reconciliation, Return and Rehabilitation of Migrants said the families of two of the four persons killed in Monday’s gunfight have categorically disputed the police version.

The association’s chairperson, Satish Mahaldar, said that the ultimate aim of criminal law is protection of the right to personal liberty against invasion by others – protection of the weak against the lawless perpetrators.

“In the case of the Hyderpora incident, it appears to be the case of utter selfishness, greed and intolerance that lead to the deprivation of life, liberty and property of other citizens requiring the state to step in for protection of the citizens’ rights,” he added.

“Time has come for those who have given the new slogan Hindustaniyat instead of Kashmiriyat to hand over bodies of the citizens who got killed recently in Srinagar,” said Sanjay Tickoo, president of Srinagar-based KPSS.

He said it is easy to label people in Kashmir by “state and non-state actors” who are then endorsed by people from different camps.

“You label him an OGW (over the ground worker of militants), a mukhbir (informer of security agencies) or an IB agent or a Jan Sanghi and we as citizens die. Makhan Lal Bindroo was also given a particular tag,” he said.

Tickoo asked the mainstream leaders from the NC, the PDP, the Congress, the Peoples Conference and others to move beyond ‘Twitter condemnations’.

(With inputs from Ashiq Hussain in Srinagar)

Harsha had three cases against him, say police

From Amphan to Asani: How and why are cyclones named?

Putin alone can give assurance for safety of Indians, says Ukraine...