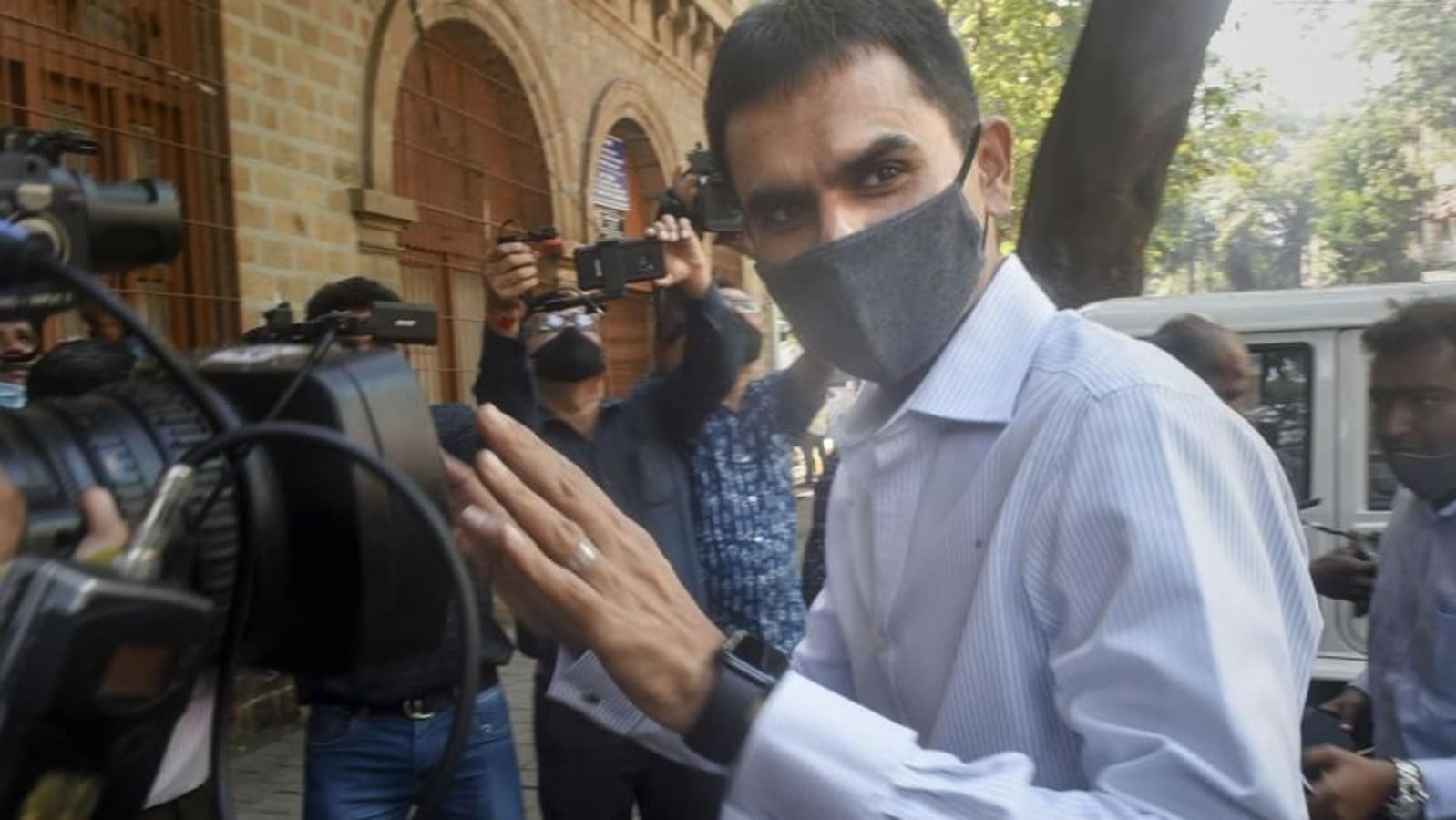 Through a peddler, Sameer Wankhede planted drugs and got his ex-wife’s cousin arrested through the Anti-Narcotics Cell of the state police, Maharashtra minister Nawab Malik alleged.

In a fresh twist in the case of Narcotics Control Bureau Mumbai zone chief Sameer Wankhede, Maharashtra minister Nawab Malik on Thursday claimed since the family members of Wankhede’s ex-wife have spoken up in the religion-caste controversy, Wankhede has now framed the cousin of his former wife in a drugs case.

“Wankhede thought his first wife will speak against him. So, through a peddler, Wankhede planted drugs and got her cousin arrested through the Anti-Narcotics Cell of the state police,” Malik said. “His first wife’s family was threatened that if they spoke against Wankhede, the entire family will be dubbed as drug peddlers and arrested,” he said.

Sameer Wankhede, who was the man behind the arrest of Shah Rukh Khan’s son Aryan Khan and Nawab Malik’s son-in-law Sameer Khan, got married in 2006 according to Islamic rituals to Shabana Quraishi. The minister has alleged that despite being a Muslim, Wankhede forged an SC certificate and got the government job on an SC quota.

Amid this ongoing controversy, Sameer Wankhede’s father Dnyandev Wankhede approached the Bombay high court asking it to pass an order prohibiting Nawab Malik from tweeting about the Wankhede family. The court on Thursday said it will pass the order on November 22. Among other things, the court took on record a school admission form and a school leaving certificate submitted by Malik that the NCP leader claimed belongs to Sameer Wankhede and shows that he was born a Muslim. . Dnyandev Wankhede submitted a set of counter documents that included his son’s birth certificate and his caste certificate allegedly showing that he indeed belongs to a Scheduled Caste.

Breathing LiFE into the climate narrative

Signs of ovarian cancer you must never ignore

IPL 2022: RR aim to return to winning ways against inconsistent...