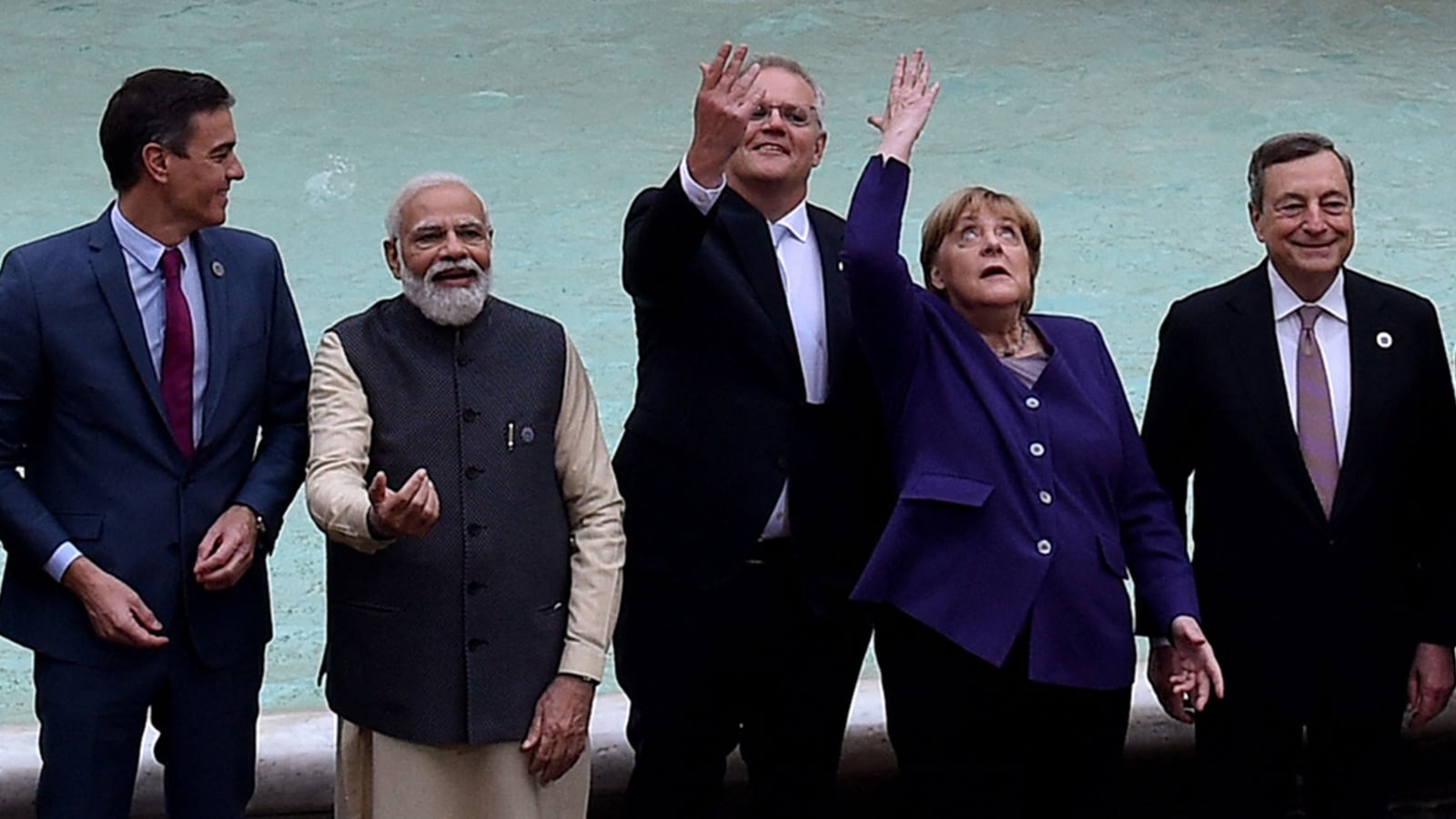 India achieved major success at the Group of 20 Leaders’ Summit in Italy as it, along with other developing nations, was able to introduce the language on what actions are required to be taken to achieve the energy and climate goals, especially by the developed countries, according to people familiar with the development.

The G20 leaders committed to the key goal of limiting global warming to 1.5 degrees Celsius, but for the first time, they identified sustainable and responsible consumption and production as “critical enablers” in achieving the goal. The inclusion was in line with PM Modi’s vision of promoting the mantra of sustainable lifestyles all over the world.

The G20 leaders fell short on announcing a target of zero emissions, a call India had rejected ahead of the Summit and the 2021 United Nations Climate Change Conference in Glasgow.

In a big win for farmers, India pushed for and was able to obtain a commitment from G20 nations on improving livelihoods for small and marginal farmers. The focus of the members will now be on the marginal farmers rather than just the prosperous ones, according to people familiar with the matter.

Leaders of G20 nations, including India, US, China, and Russia have called for clear national plans that “align long-term ambition with short- and medium-term goals, and with international cooperation and support”.

The Indian delegation, led by Prime Minister Narendra Modi, was in Rome to attend the G20 Leaders’ Summit. PM Modi held a series of bilateral meetings on the sidelines of the G20 Summit and also paid a visit to Pope Francis.

Haj: First batch of 150 pilgrims leave for Saudi from J&K

ExpressBasics: All Windows keyboard shortcuts you need to know

Hate speech not part of our culture: Naidu