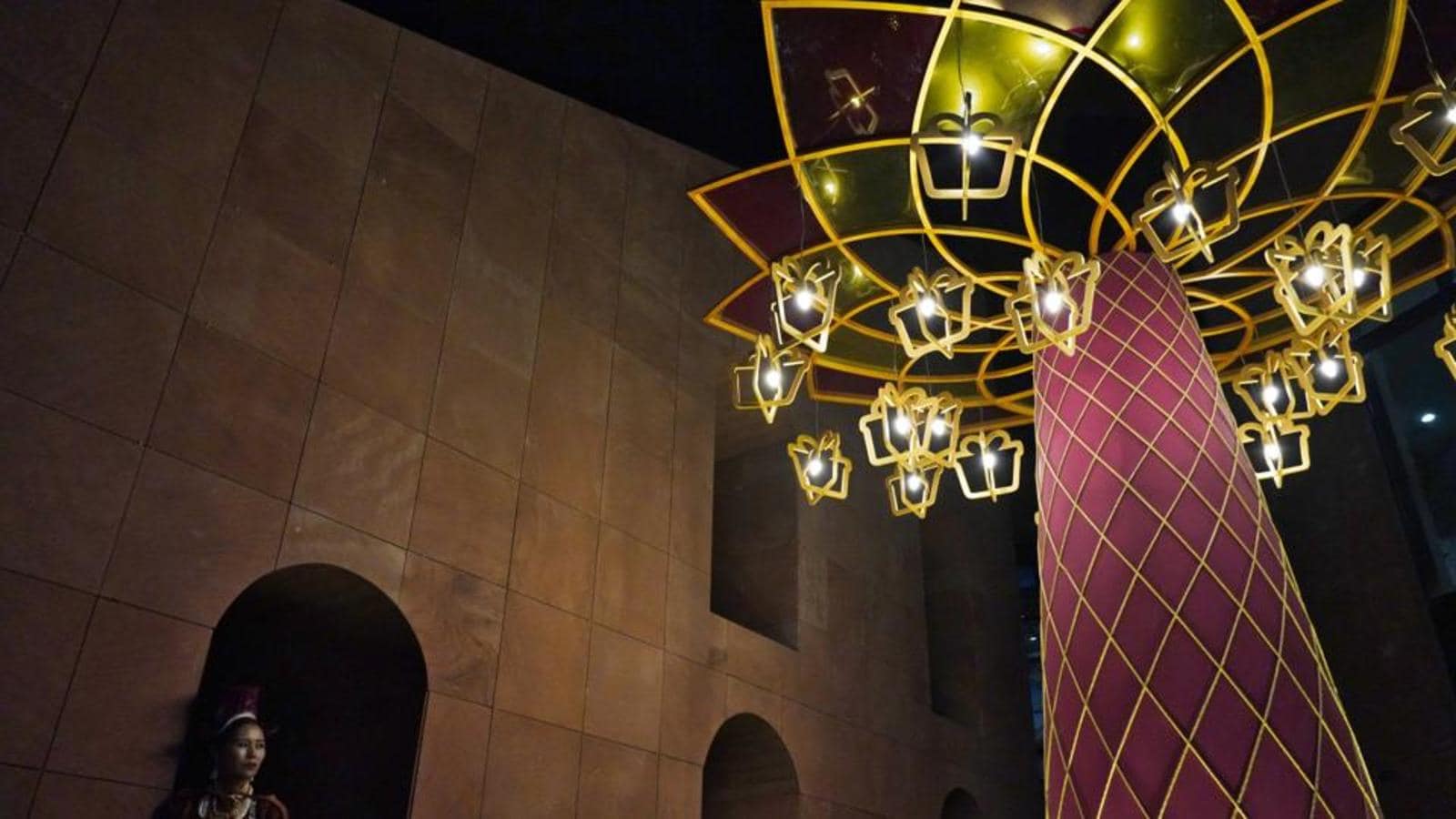 NEW DELHI: The India pavilion at Expo 2020 Dubai has received more than 2 lakh visitors in about a month signifying the successful promotion of India as an investment destination, the commerce ministry said in a statement on Friday.

“The India pavilion has hosted over 200,000 visitors as on 3rd November with various sector and state-specific sessions to discuss India’s growth roadmap,” the ministry said, adding that the pavilion was “one of the most visited pavilions at the event”.

Commerce minister Piyush Goyal inaugurated the pavilion on October 1, 2021. The The expo, which was postponed for a year because of the Covid-19 pandemic, will run till March 31, 2022.

Aman Puri, consul general of India in Dubai and deputy commissioner general for India at the Expo said, “The October month was a huge success for the India pavilion. We saw a strong visitor turnout and expect this momentum to continue in the coming months.”

“While the India pavilion will showcase more business opportunities for collaboration and investment, the popularity of India’s festivals, food, and cultural performances, have been crucial aspects in attracting visitors from across the globe,” he said, according to the statement.

The ministry of new and renewable energy conducted several sessions that highlighted India’s renewable energy goals and climate action plan to the world, it said. The pavilion celebrated the climate and biodiversity week from October 3-9.

It was followed by space and urban and rural development weeks, where discussions around the future of the sectors and the role of government regulations and incentives were discussed, it said.

Similarly, the Karnataka week witnessed the presence of Murugesh Nirani, minister for large and medium scale industries and CN Ashwath Narayan, minister for higher education of Karnataka. During the Karnataka week, a partnership between the state and Gulf Islamic Investments (GII) to strengthen investment ties between India and UAE was also announced. GII’s investment approach in India is sector-agnostic and the firm plans to invest another $500 million in India in the next three years., the statement said.

Additionally, a series of events showcasing opportunities in Ladakh across focus sectors like sustainable infrastructure, connectivity, food processing and tourism were discussed during the Ladakh week at the India pavilion.

An array of cultural activities were also organised during Dusshera and Navratri celebrations including folk dances, storytelling and music for visitors and dignitaries.

The ongoing Diwali celebrations at India pavilion comprise of colourful installations, lighting in the form of swarangoli or LED rangoli, virtual display of firecrackers and performances by leading artists such as Salim-Sulaiman, Dhruv and Rooh bands from India and Dubai, the statement said.

Explained: Why some doctors want NEET-PG for 2022 delayed

News updates from HT: Pune to not reopen schools from Monday...