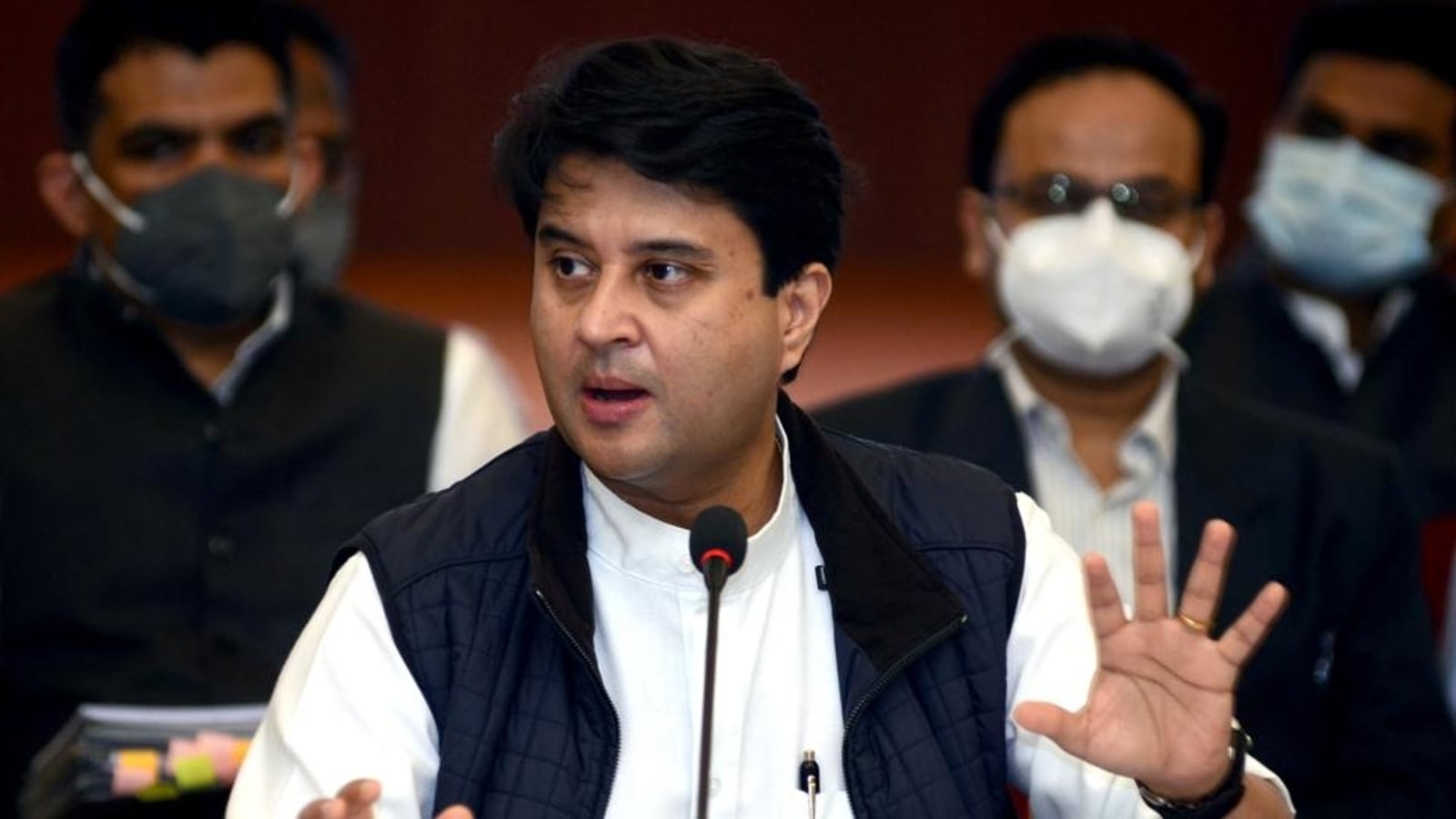 Amid a huge setback for the Congress following the resignation of veteran leader Ghulam Nabi Azad, Union minister Jyotiraditya Scindia, who was also in the grand-old party before switching over to the BJP, on Saturday took a dig at the Congress saying that the political turmoil in it was clear since a long time ago.

“The situation in the Congress party has been clear since a long time ago… I feel that Ghulam Nabi ji Azad ho chuke hai (Ghulam Nabi [Azad] ji has become free)”, said the civil aviation minister, who had served the Congress for over a decade during which he held several key portfolios in the UPA government.

Azad, who served the Congress for 52 years, resigned from all party posts on Friday after a long-brewing political turmoil within the party.

The former Jammu and Kashmir chief minister, who has also served as a Union minister in the past, was among the group of 23 dissident leaders or G-23 (as popularly known) who vocally demanded a leadership change in the Congress and said they did not want to be dependent on the Gandhi family for every major decision of the party.

In a hard-hitting five-page resignation letter to Congress interim president Sonia Gandhi, Azad cited the “immaturity” of Rahul Gandhi as the reason for his exit, whom he blamed for “demolishing the consultative mechanism” of the party.

Scindia too had cited disgruntlement with the Congress leadership – especially with Rahul Gandhi. However, the Congress had claimed that he was “expelled” for “anti-party activities”.

Azad, in his letter, claimed that a “coterie” runs the party in which Sonia Gandhi was just a nominal head and all the major decisions were taken by “Shri Rahul Gandhi or rather worse his security guards and PAs”.

The Congress’s stinging response to Azad’s resignation was that the letter, where he listed his long association with the party in various posts, exemplified how he had himself been a member of what he termed the “coterie” in earlier years under Sanjay Gandhi and Rajiv Gandhi.

‘I praised Biden too, does it mean that…: Hardik Patel, ‘unhappy’...