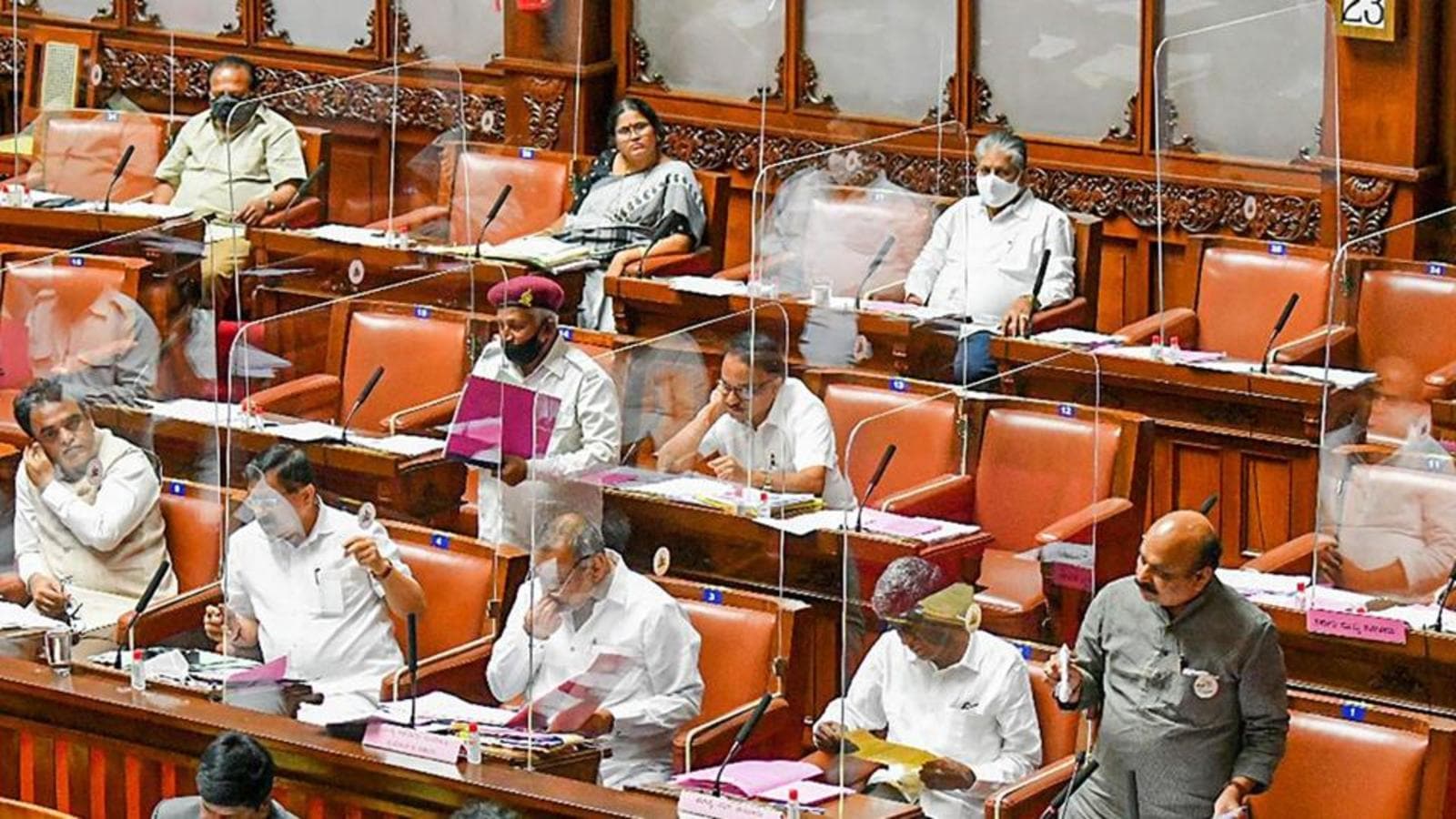 With 20 candidates, including JD(S)’ H U Isaq from Kodagu withdrawing their candidature for the legislative council election in Karnataka scheduled next month, there are now a total of 91 candidates in the fray, poll officials said on Friday.

The biennial election to the Karnataka Legislative Council from 20 Local Authorities’ Constituencies for 25 seats, due to retirement of sitting members, will be held on December 10.

Today was the last day for withdrawal of candidature.

Among the 20 candidates who withdrew their candidature, other than JD(S)’ Isaq from Kodagu, rest all were independents.

While four candidates each withdrew in Dakshina Kannada and Bijapur, there were three in Belgaum, two in Shimoga and one each in Dharwad, Tumkur, Bangalore, Raichur, Uttara Kannada, Mysore and Kodagu.

The election has been necessitated as the term of office of the 25 MLCs will end on January 5, 2022.

The counting of votes will take place on December 14.

Dhami sworn in as Uttarakhand CM for his second term

Mohali blast: ‘Never heard such a loud explosion before’