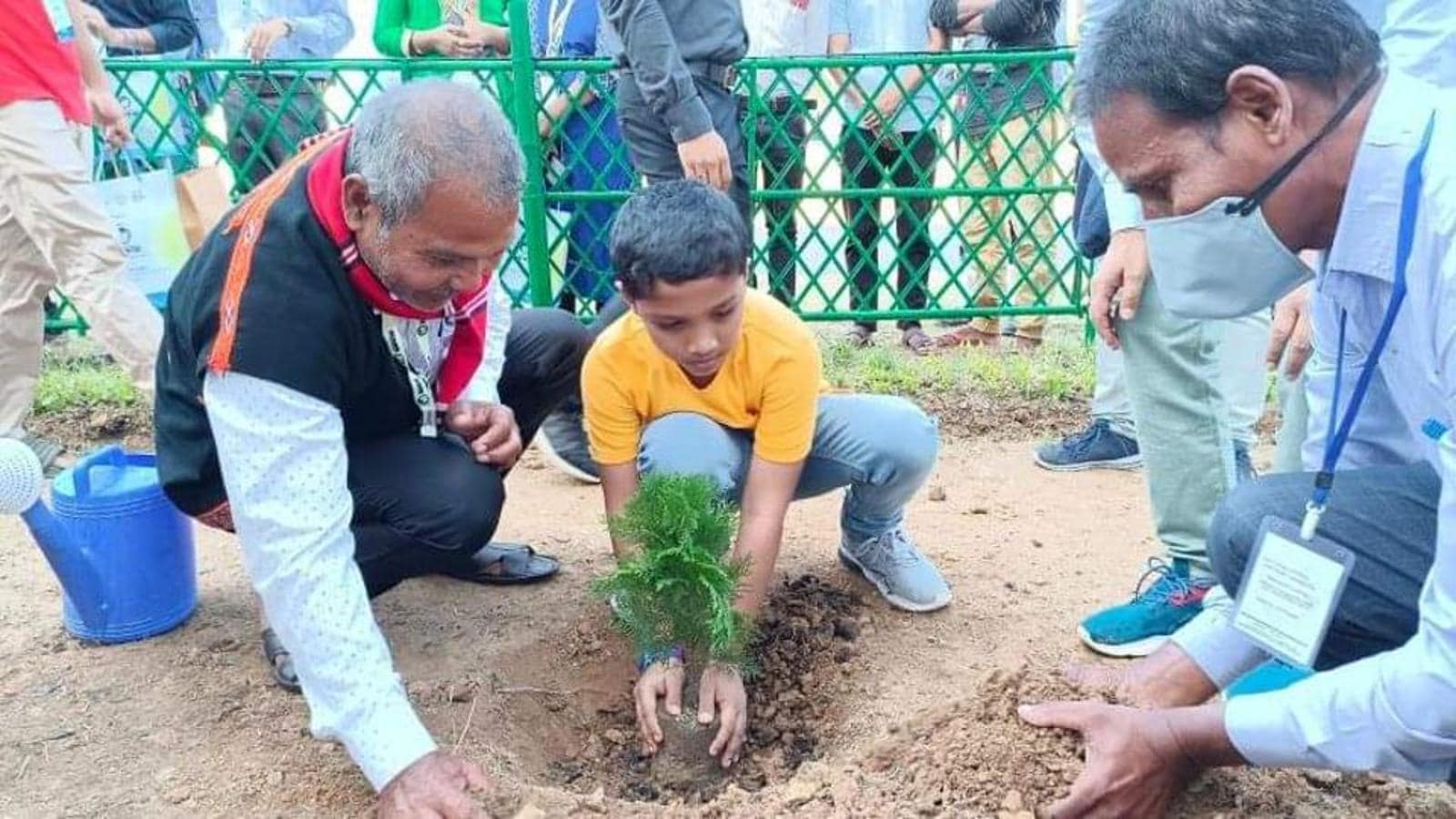 Padma Shri awardee Jadav Payeng of Assam’s Jorhat district, who is also known as the ‘The Forest Man of India’, feels that lack of industrialisation is good for the environment.

In his opinion, the Assam government should make policies to reduce industrialisation and give plants their space to grow. Payeng’s comments came during the sixth Northeast Green Summit at the National Institute of Technology, Silchar, on Tuesday morning.

62-year-old Payeng earned his name as ‘The Forest Man of India’ by spending 30 years of his life planting around 40 million trees on 550 hectares of land on the banks of the Brahmaputra river.

Interacting with Hindustan Times after the event at the premises of Silchar NIT, Payeng said, “Environment studies need to be included in education from primary level so that kids understand the value of preserving it. The syllabus should focus on important issues like climate change and impact of deforestation instead of the existing age-old content.”

Apart from pointing out the need for an environment university in Assam, he mentioned how trees were worshipped in ancient India. “In Indian culture, we worship trees. In some Indian states, it still exists. We should start worshipping trees following the Indian culture which will have a deep impact on our environment,” he said.

“India will be the most populated country in the world by 2050. We need to start foresting more to strike a balance otherwise next generations will face so many problems and will blame us for that,” Payeng added.

He appealed to the Central government and Bangladesh to plant more trees at the border. According to him, this will help in solving many border issues apart from improving the environment.

The sixth edition of the Northeast Green Summit, which is being organised jointly by Silchar NIT and VIBGYOR NE Foundation, kicked off with a tree plantation drive and discussion on issues of climate change on Tuesday morning. The theme of this year’s summit is “Greening After Covid: Regional cooperation, Innovation & Entrepreneurship.” Rajkumar Ranjan Singh, MoS, Ministry of Education & External Affairs, Government of India; Dr Rajdeep Roy, Member of Parliament from Silchar, along with other important dignitaries were present on the opening day of the summit.

Director of Silchar NIT, professor Sivaji Bandyopadhyay, while addressing the event said, “The summit has received wide participation in terms of research papers submitted across the country and abroad. A total of 240 research articles have been submitted out of which 120 papers have been accepted through a peer-review process to be presented during the summit.”

“The summit will be addressing the themes on agriculture, sustainability, environment, energy, biodiversity, eco-tourism and post-Covid world,” he added.

He also informed that Ashwini Choubey, MOS, Ministry of Environment, Forest and Climate Change will also be present at the event along with forest ministers of all seven Northeastern states on November 18.

Some of the social activists and NGOs were felicitated on the opening day of the summit, including a 9-year-old boy from Dholai constituency of Cachar district who is planting 1000 saplings in his area to increase oxygen. Some other people were also felicitated for rescuing rare species in various parts of Barak Valley.

Ruling parties win 6 of 7 assembly seats that went to...