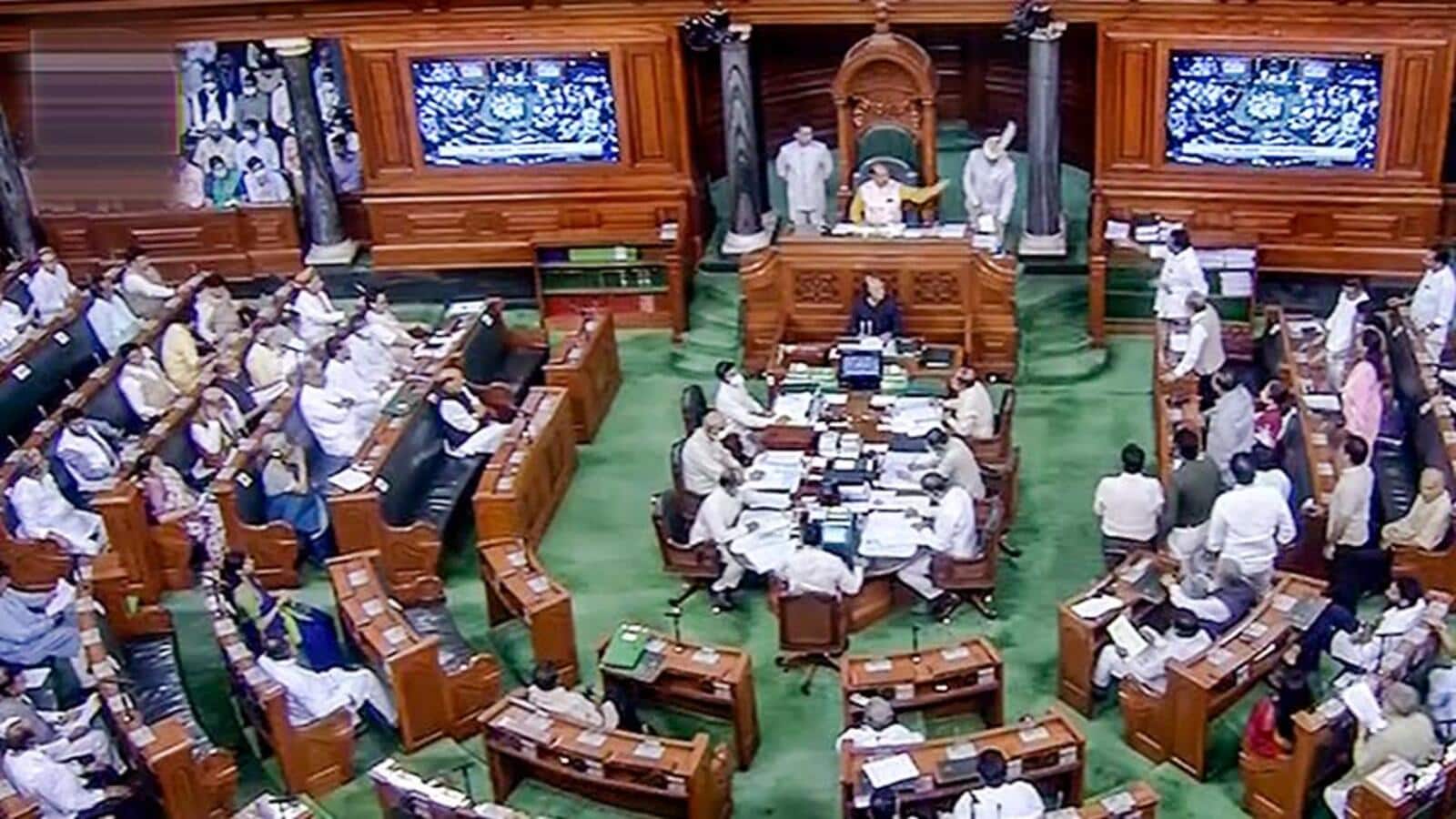 Lok Sabha speaker Om Birla on Monday revoked the suspension of four Congress members, paving the way for the start of a discussion on the price rise that was demanded by the Opposition.

Four Congress MPs, Manickam Tagore, TN Prathapan, S Jothimani and Ramya Haridas, were suspended on July 25 for the remainder of the monsoon session, after they stormed the well of the House holding placards to demand that the Lok Sabha discusses fuel price rise and GST

Parliamentary affairs minister Pralhad Joshi moved a motion to revoke the suspension of four members at 2pm after the Opposition twice forced adjournments earlier in the day to press the demand. “If the Leader of Congress Parliamentary Party gives assurance in the House that MPs will not come with placards, then we are ready to withdraw the suspension,” Joshi said before proposing the motion which was approved by the House.

Birla warned opposition members to not bring placards to the House, saying he will not hesitate the members if they do.

“I will request all the parties in the House that placards should not be brought inside the House. If at all placards are brought by MPs, then I’ll listen neither to the governor nor to the Opposition and will surely take action. I’m giving the last chance to them,” Om Birla said moments before the Lok Sabha started the discussion on price rise.

The government last week agreed to a discussion on price rise and inflation, raising hope that the third week of the monsoon session will not be as unproductive as the first two. At a meeting convened by Rajya Sabha chairman M Venkaiah Naidu, the government underlined that it wanted Parliament to discuss price rise once Union finance minister Nirmala Sitharaman recuperates from Covid-19 and is ready to answer in the House.

Initiating the discussion, Congress MP Manish Tewari blamed the Bharatiya Janata Party-led government for the price rise, saying the central government’s “economic mismanagement” for the last eight years was responsible. “The country has had double-digit inflation for the last 14 months, it is the highest in 30 years… the consumer food price index is skyrocketing. GST has been increased on items of daily use like rice, curd, paneer, pencils and sharpeners… The government is not sparing even children,” he said.

What explains massive flooding in Bengaluru?

Economy to take till 2035 to overcome Covid losses: RBI