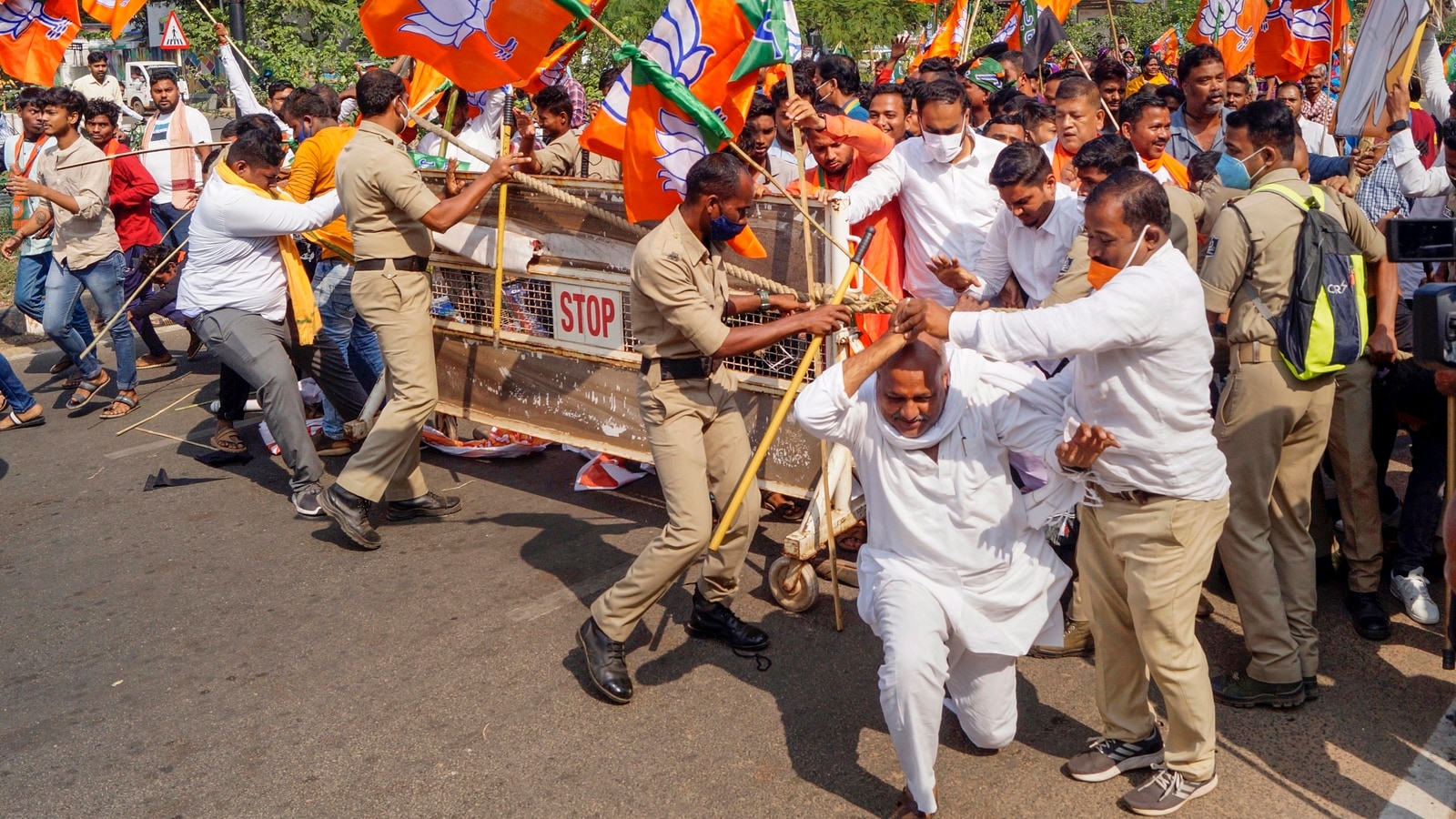 The Odisha unit of the Bharatiya Janata Party (BJP) on Monday protested against state chief minister Naveen Patnaik’s visit to Kalahandi district, where Mamita Meher, a private school teacher, was murdered last month. The party’s state unit carried out rallies against the chief minister’s visit and also burnt his effigies, according to a report by news agency PTI.

The rally started from Rajmahal Square to Naveen Nivas, the residence of Patnaik. The party held rallies in several districts of the state against the chief minister’s scheduled visit, alleging that he has been “silent” over the incident of murder. The party has been protesting against the murder and has also demanded the resignation of Odisha’s minister of state for home DS Mishra over the incident.

The protests were held by BJP members in districts including Cuttack, Bhadrak, Subarnapur, Dhenkanal and Kalahandi.

Meanwhile, Odisha BJP spokesperson Dilip Mohanty said that Patnaik was visiting the district a month after the incident and has also not said anything. “A minister from CM Naveen Patnaik’s government has murdered a woman. The entire media is covering this issue. We are demanding that justice be given. But the CM hasn’t said anything on this case. It has been a month since the murder and now he is coming to Kalahandi,” news agency ANI quoted Mohanty as saying.

“What message is he trying to give? Why so much arrogance? Family members of the victim, people in the district and women in Odisha are worried. He has not arrested the minister either,” he added.

“Today, a month has been completed since the murder and the Chief Minister has not said anything on the matter. After destroying the evidence, Mishra went to Kalahandi to show the people that he is innocent. We are protesting so that the truth is exposed. Till Mamita does not get justice, we will continue with our protests and chakka jams,” she further said.

Earlier on October 8, Odisha police discovered the partially burnt body of 24-year old Mamita Meher near a sports stadium in Kalahandi. Previously, the teacher, who was teaching in a school in Mahalinga in the district, had gone missing.

RBI is right to prioritise inflation management. But it won’t be...

iOS 16: Here’s what we know so far about new features

2 Bengal labourers shot at by militants in Srinagar