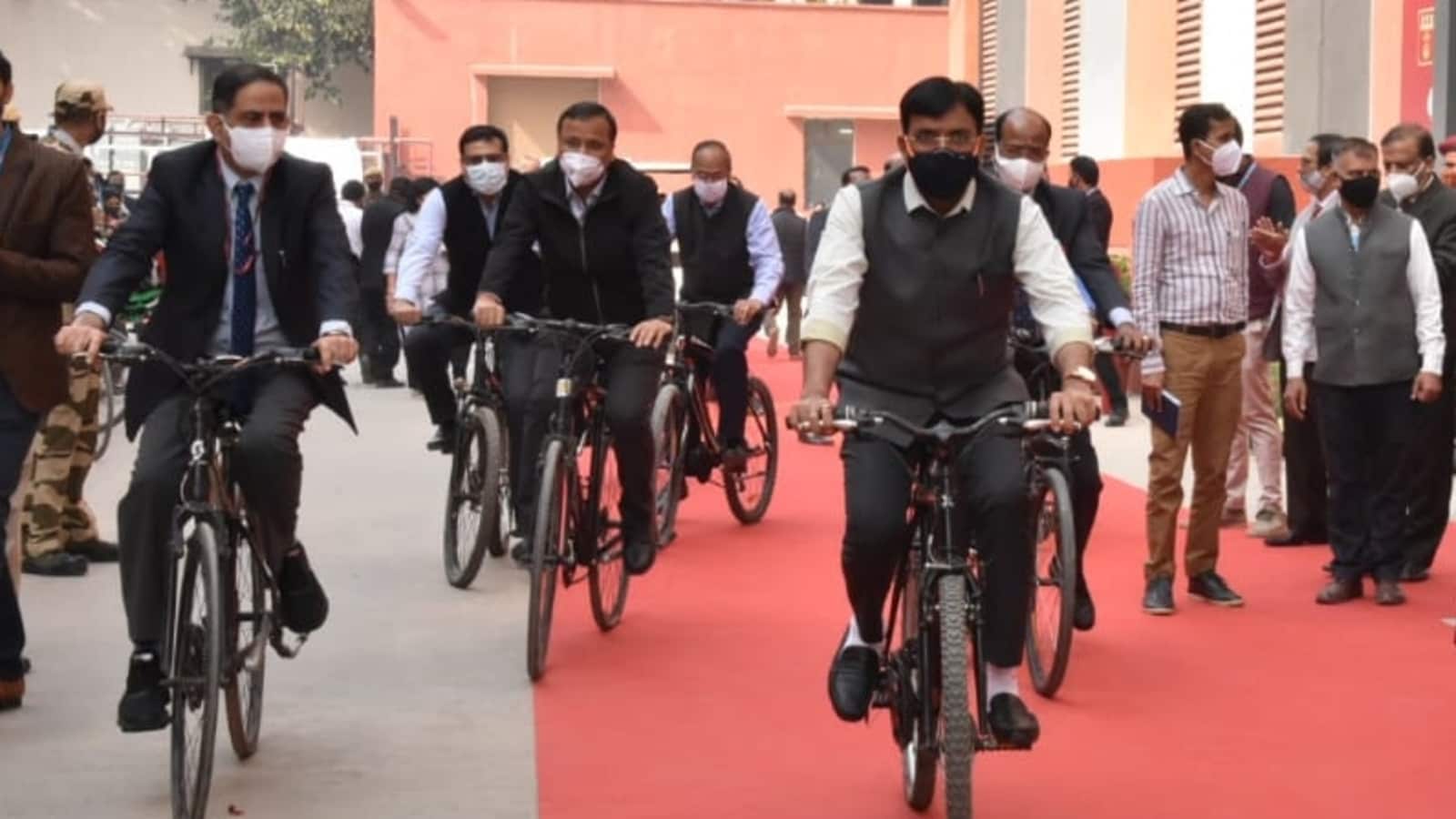 Amid the ongoing discussion around the worsening air quality in the national capital, Union health minister Mansukh Mandaviya for his part, on Tuesday, rode a bicycle to Pragati Maidan in Delhi, emphasising on the need to reduce pollution. The minister was at Pragati Maidan to inaugurate the health pavilion at the India International Trade Fair (IITF) that is taking place at the venue.

The Union ministry of health and family welfare said, “In the first ever cycle rally organised at the India International Trade Fair, Mansukh Mandaviya cycled to inaugurate the Health Pavilion to generate awareness and promote a healthy active lifestyle in view of the rising burden of NCDs in the country.”

“Today I am here to inaugurate the health pavilion. Pedalling cycle reduces air pollution, it keeps one fit and healthy and saves non-renewable energy,” news agency ANI quoted Mandaviya as saying. “To promote cycling, I will be launching awareness with the help of cycling clubs across India,” he added.

The theme of the health pavilion at the IITF is creating awareness about Non-Communicable Diseases (NCDs), also called lifestyle diseases, and to project the importance of total health, the ministry said.

However, this is not the first time the minister has advocated the use of bicycles. Earlier in 2019, he said, “I regularly ride my bicycle to be fit and healthy. I personally ride my bicycle to Parliament. This not only makes me fit, but sets an example for others to ride bicycles, save fuel (no pollution) and be fit. Let us all pledge to ride bicycles daily and use it to commute to nearby places,” during a seminar at Surat, Gujarat. He has also notably pedalled to the Rashtrapati Bhavan in 2019 to take oath as a minister.

The cycle rally has been organised in the city a couple of days after deputy chief minister Manish Sisodia on Sunday (November 14) urged the Delhi public to use cycles or buses at least one day every month in view of the worsening air pollution.

“People can ride a cycle at least once a month to prevent pollution and save the environment for future generations,” he said during a cycle rally as part of the Raahgiri programme.

Shah Rukh Khan-Deepika Padukone twin in black as they shoot for...

Elvis, Top Gun tie for box-office crown with $30.5M each

Newer IISERs on the cards to strengthen scientific research at UG...

When Shah Rukh Khan heaped praise on Vijay Sethupathi for being...