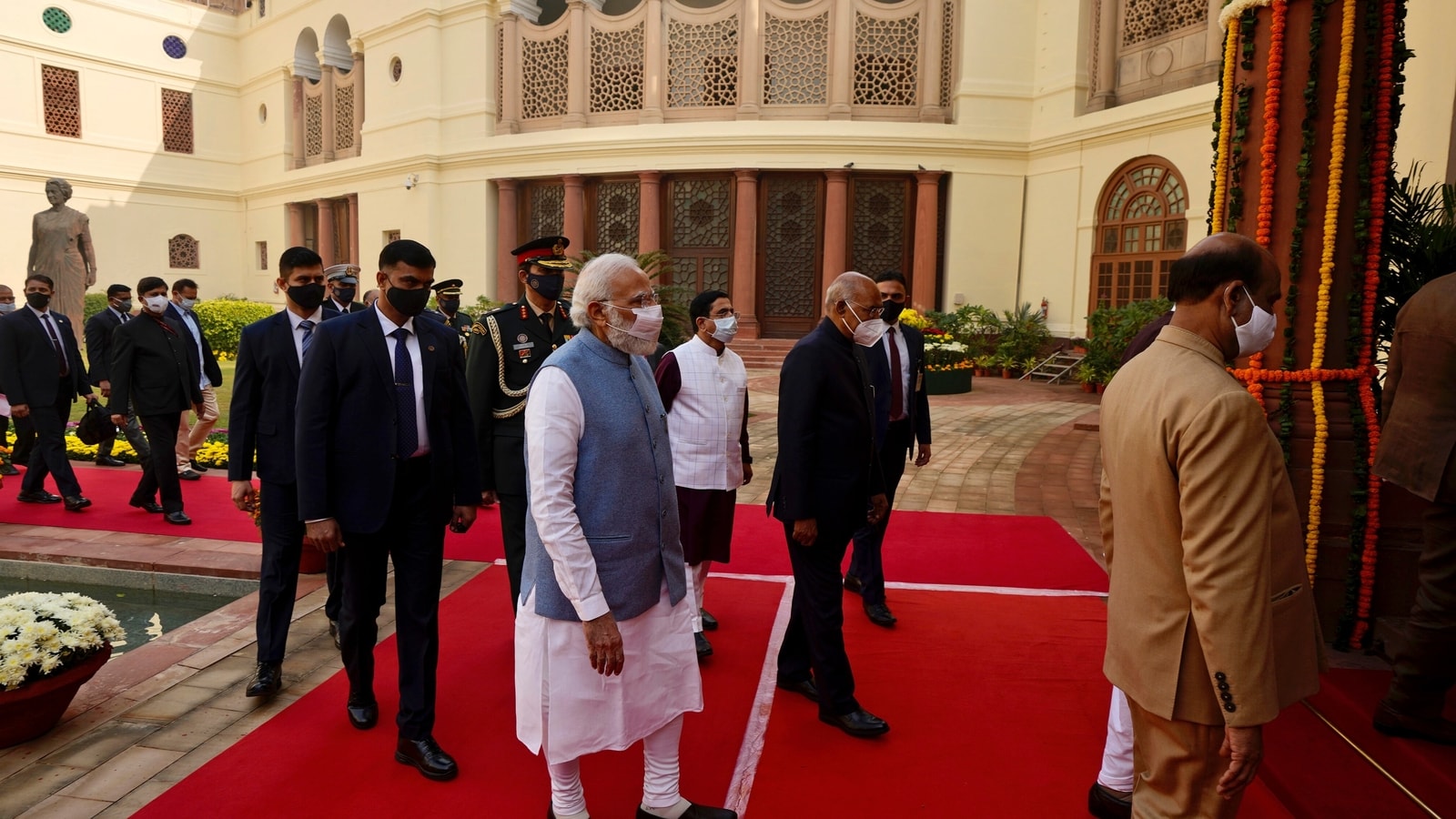 Union minister Arjun Ram Meghwal on Friday targeted the Congress and other opposition parties for boycotting the Constitution Day event at Parliament, which was attended by President Ram Nath Kovind, Vice President M Venkaiah Naidu and Prime Minister Narendra Modi among others.

The Congress, along with 13 other parties including the Shiv Sena, the Trinamool Congress (TMC) and the Rashtriya Janata Dal, announced on Thursday they will skip the celebrations over what they said was the Centre’s disrespect towards them, its refusal to their demands and hurried passage of bills in Parliament.

Speaking to news agency ANI, Union minister Meghwal said on Friday that the boycott is disrespectful towards the country’s constitution.

Meghwal added the Congress party could only respect leaders from the Nehru family and no other political leader including Dr Bhimrao Ramji Ambedkar, who wrote the constitution.

“When Parliament passes a bill or when assembly adopts certain laws, until or unless it is unconstitutional, why should there be a reason to say that we don’t follow this Act, or we will not follow this law,” Rijiju said at an event on Thursday.

During the recent sessions of Parliament, both the Lok Sabha and Rajya Sabha witnessed massive uproar by opposition parties over the Centre’s three new farm laws, the handling of the coronavirus disease (Covid-19) pandemic among other issues.

Meanwhile, as opposition parties skipped the Constitution Day event in Parliament, Prime Minister Narendra Modi said the spirit of the Constitution is hurt when political parties lose their democratic character. “How can such parties protect our democracy?” he asked.

Without naming the Congress, Modi during his address in Parliament said family-ruled parties are becoming an issue for people who are devoted to the Constitution and those who believe in democracy.

James Cameron replies to trolls who claim Avatar has been forgotten,...

Denim overalls are having a moment again with stars like Sydney...

Over 80% newly diagnosed diabetic patients in India have at least...