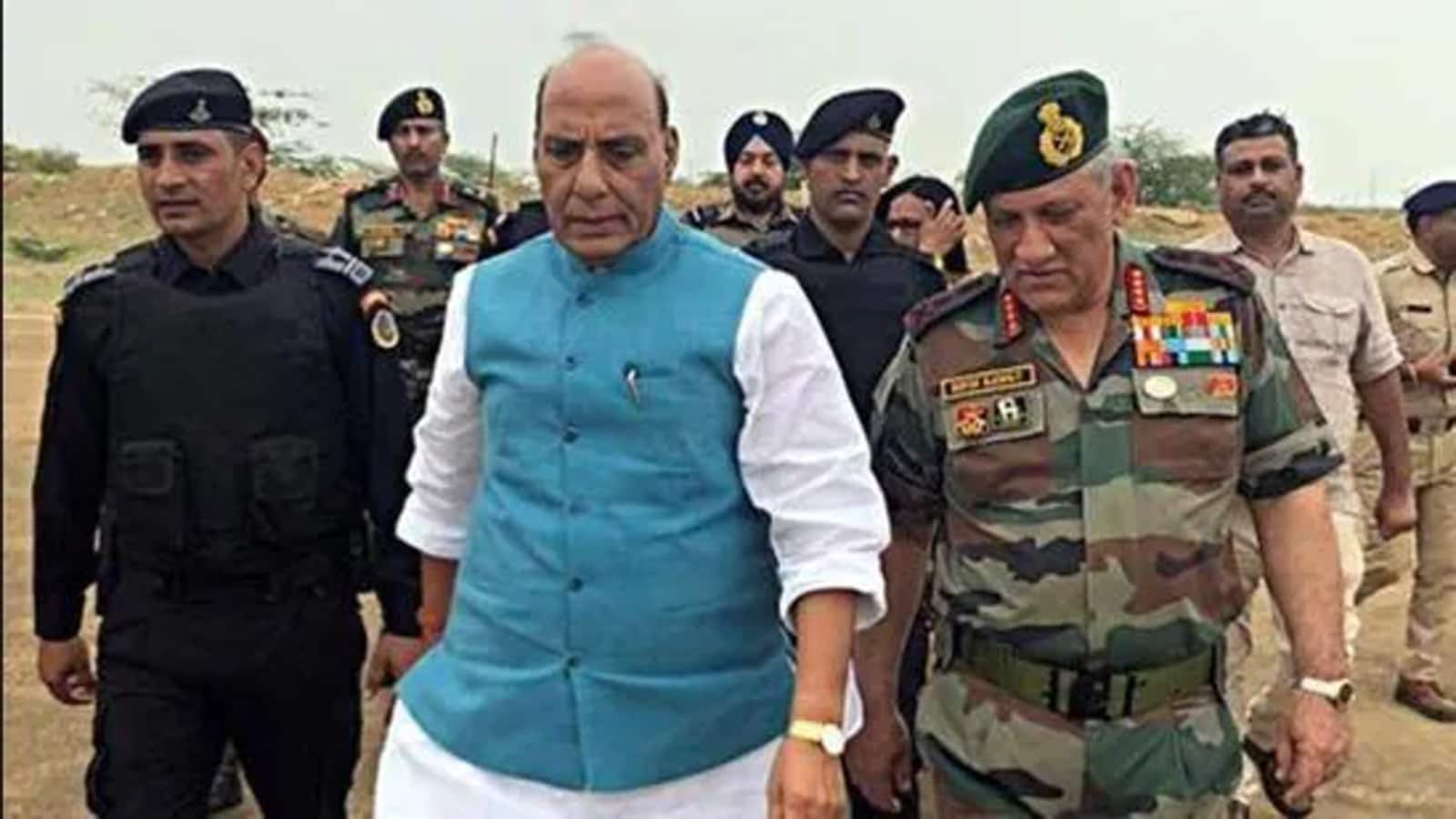 The department of military affairs (DMA), headed by chief of defence staff (CDS) General Bipin Rawat, has asked the three services to expedite their ongoing studies on the creation of threatre commands, and submit comprehensive reports within six months, officials familiar with the developments said on Tuesday on the condition of anonymity.

The deadline for submitting reports focusing on finalising the joint structures has been advanced from September 2022 to April 2022, one of the officials said.

On Monday, Rawat held a meeting with the three service chiefs and top three-star officers, who are conducting the studies, to chart out a road map to accelerate the theaterisation plan, said a second official.

The current theaterisation model seeks to set up four new integrated commands — two land-centric theatres, an air defence command, and a maritime theatre command — to best utilise the military’s resources for future wars and operations. The creation of theatre commands could take up to two years, a second official said.

Theaterisation refers to placing specific units of the army, the navy and the air force under a theatre commander. Such commands are to be led by an officer from any of the three services, depending on the roles assigned to them.

The earlier India sets up theatre commands, the better, said Lieutenant General Vinod Bhatia (retd), former director, Centre for Joint Warfare Studies (CENJOWS). “Setting a deadline for theaterisation is critical as delay will only cause disruption. We need to optimise our combat effectiveness in view of the emerging geostrategic equations,” Bhatia added.

In June 2021, the government formed an eight-member panel under CDS to fine-tune the theaterisation plans and bring all stakeholders on board, especially IAF, for speedy roll-out of the new joint structures.

IAF’s earlier reservations to the move revolved around asset split, leadership and dilution of the powers of the service chiefs. However, on October 5, IAF chief Air Chief Marshal Vivek Ram Chaudhari said that the air force was fully committed to tri-service integration and its concerns about the theaterisation model had been factored into the planning process. He hoped that the new structures would cater for joint planning of operations at all levels.

The armed forces currently have 17 single-service commands spread across the country, apart from the tri-service Andaman and Nicobar Command and the Strategic Forces Command. The army and IAF have seven commands each, while the navy has three. Creating theatres would involve merging the existing commands (except the Northern Command).

The army’s Udhampur-based Northern Command is the only single-service command that will stay outside the scope of the military’s theaterisation drive due to its unique role. It is responsible for guarding the country’s borders with Pakistan and China in the north, and is also the nerve centre of counterterrorism operations in Jammu and Kashmir.

Heavy rain over peninsular India to continue for next 3 days:...

Ukraine crisis: Out of chaos, students now worry about their future

AICTE plans audit to identify gaps in access for students with...