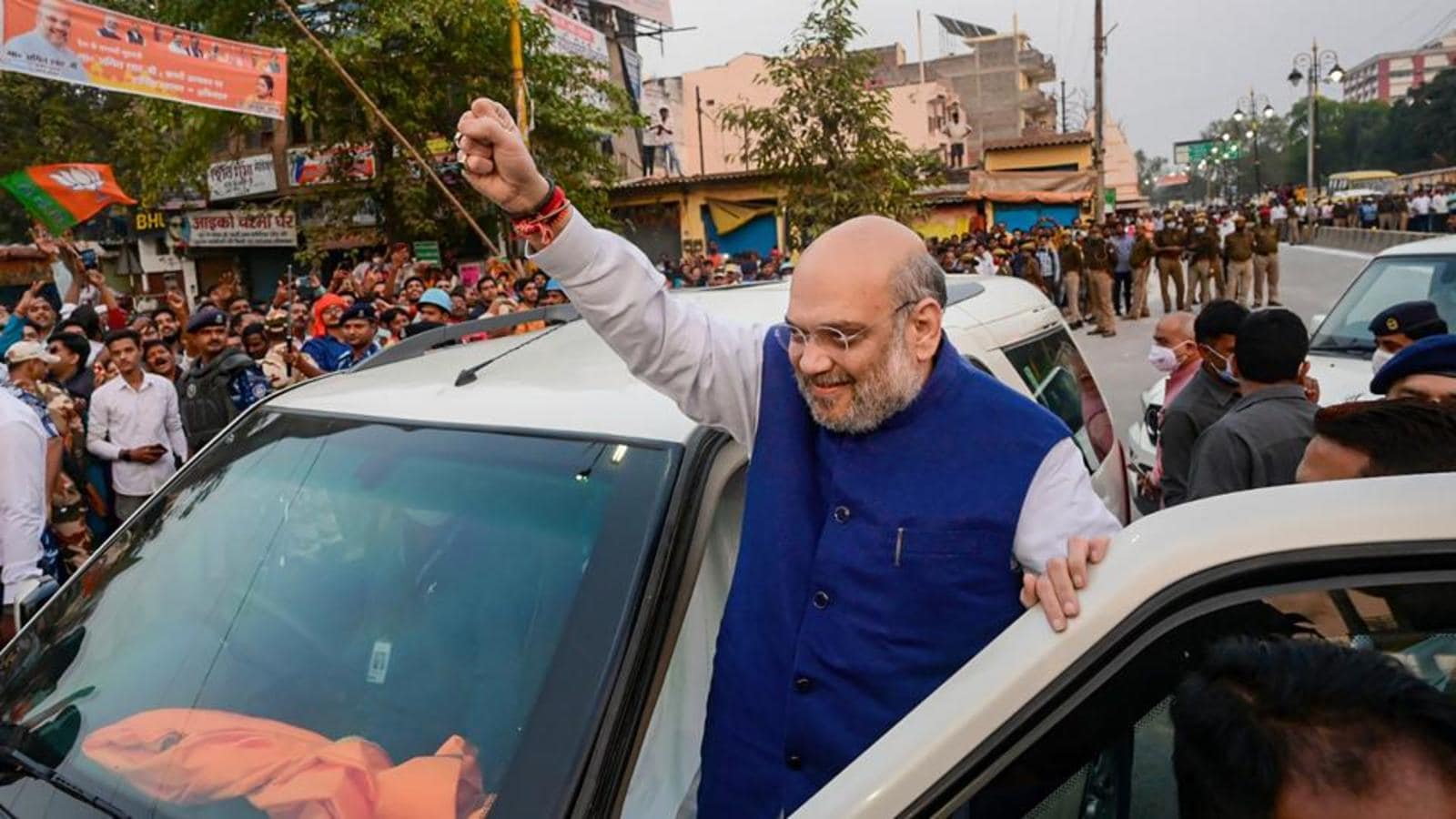 On Friday, Shah held a meeting with the BJP’s assembly constituency in charges and district presidents and reviewed preparedness for the upcoming assembly elections in the state.

Union home minister Amit Shah, who is on a whirlwind tour of eastern Uttar Pradesh will lay the foundation of a state university in Azamagarh on Saturday before travelling to Basti where he will inaugurate Sansad Khel Kumbh and also address a public meeting.

The university will come up on 52-acre land which has already been acquired. After coming to power in Uttar Pradesh in 2017, the BJP government had promised to set up a university in Azamgarh, considered to be a stronghold of the Samajwadi Party.

Before reaching Azamgarh, Shah addressed the Akhil Bharatiya Rajbhasha Sammelan in Varanasi and stressed that the Central government has given special emphasis on ‘Rajbhasha’ (national language) under Prime Minister Narendra Modi’s leadership, Shah said he “loves” Hindi language more than Gujarati, the regional language of his home state.

He added that the freedom movement was turned into a people’s movement, built on three pillars of Swaraj (self-rule), Swadeshi (promotion of country made goods) and Swabhasha (own language), however, Swaraj was achieved, but Swadeshi and Swabhasha were left behind. There is no conflict between Hindi and all our local languages. he was quoted as saying by news agency ANI.

On Friday, he held a meeting with the BJP’s assembly constituency in charges and district presidents and reviewed preparedness for the upcoming assembly elections in the state.

A BJP leader, who attended the meeting in Varanasi, said Shah told the BJP assembly constituency in charges to focus on every polling booth to win the UP polls. He gave the mantra: Yadi Booth Jeeta to UP jeeta (if the booth is won, then UP is won).

Having announced that the BJP is eying to win 300 plus seats in UP, Shah told the workers to apprise the electorate of welfare schemes started by the BJP governments at the Centre and in UP. He also asked the people to prepare a list of intellectuals in every assembly constituency.

‘Not my money, when time comes…’: Partha Chatterjee on money recovered...