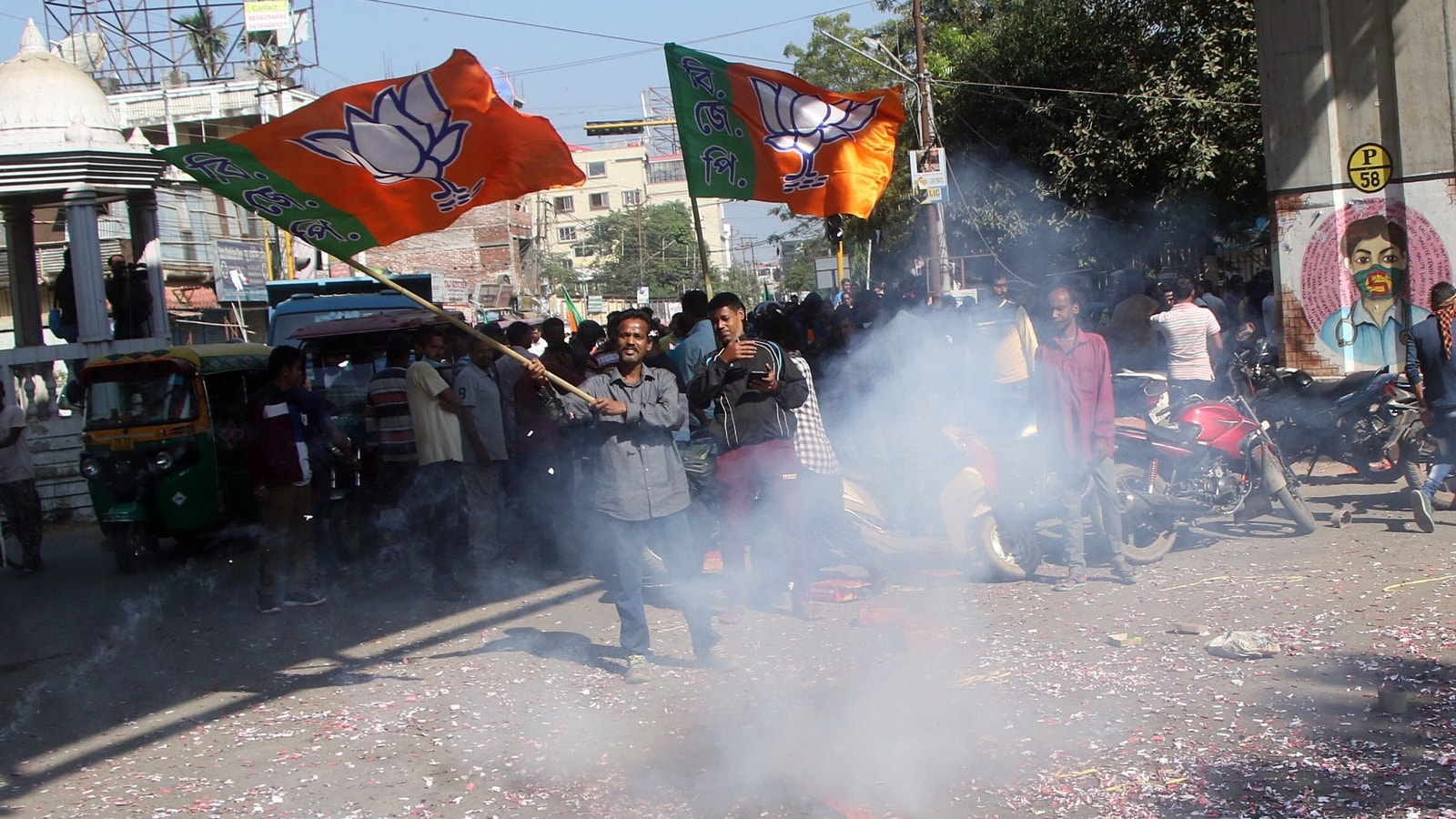 Lauding the BJP’s massive win in the local body polls Modi said these blessings gave him and the party greater strength to work for the welfare of each and every person in the hill state.

Prime Minister Narendra Modi on Sunday said the people of Tripura gave a clear message through the civic poll verdict — that they preferred politics of good governance over anything else.

Lauding the Bharatiya Janata Party’s (BJP) massive win in the local body polls Modi said these blessings gave him and the party greater strength to work for the welfare of each and every person in the hill state. “I would like to thank the people for their unequivocal support to the Tripura BJP,” he said.

The ruling BJP won all the seats of the 51-member Agartala Municipal Corporation (AMC), besides being declared winners in several other urban local bodies. The opposition Trinamool Congress and CPI(M) failed to open their account in the AMC.

BJP national president JP Nadda his party’s massive win in Tripura revealed people’s trust in the PM’s policies and welfare programmes and is also a reflection of their trust in the “double engine” government’s commitment to the state’s development.

In a series of tweets, Nadda said the BJP’s win in the polls is a victory of nationalist and pro-development forces and lauded chief minister Biplab Kumar Deb and the state party leadership for the “historic” and massive win.

People have rejected fissiparous forces and those inclined to violence and controversy besides insulting Tripura, he said.

Explained: As Delhi Govt, Centre return to court, what are the...

Kerala becomes first state to have own internet service

Customs to airlines: Give details of foreign travellers for ‘risk analysis’

Boris Johnson with PM Modi by his side: ‘I have the...

Odisha tusker succumbs to gunshot injuries; 3 poaching in less than...

Bhagwant Mann swearing-in: ‘He was always in my prayers, will always...