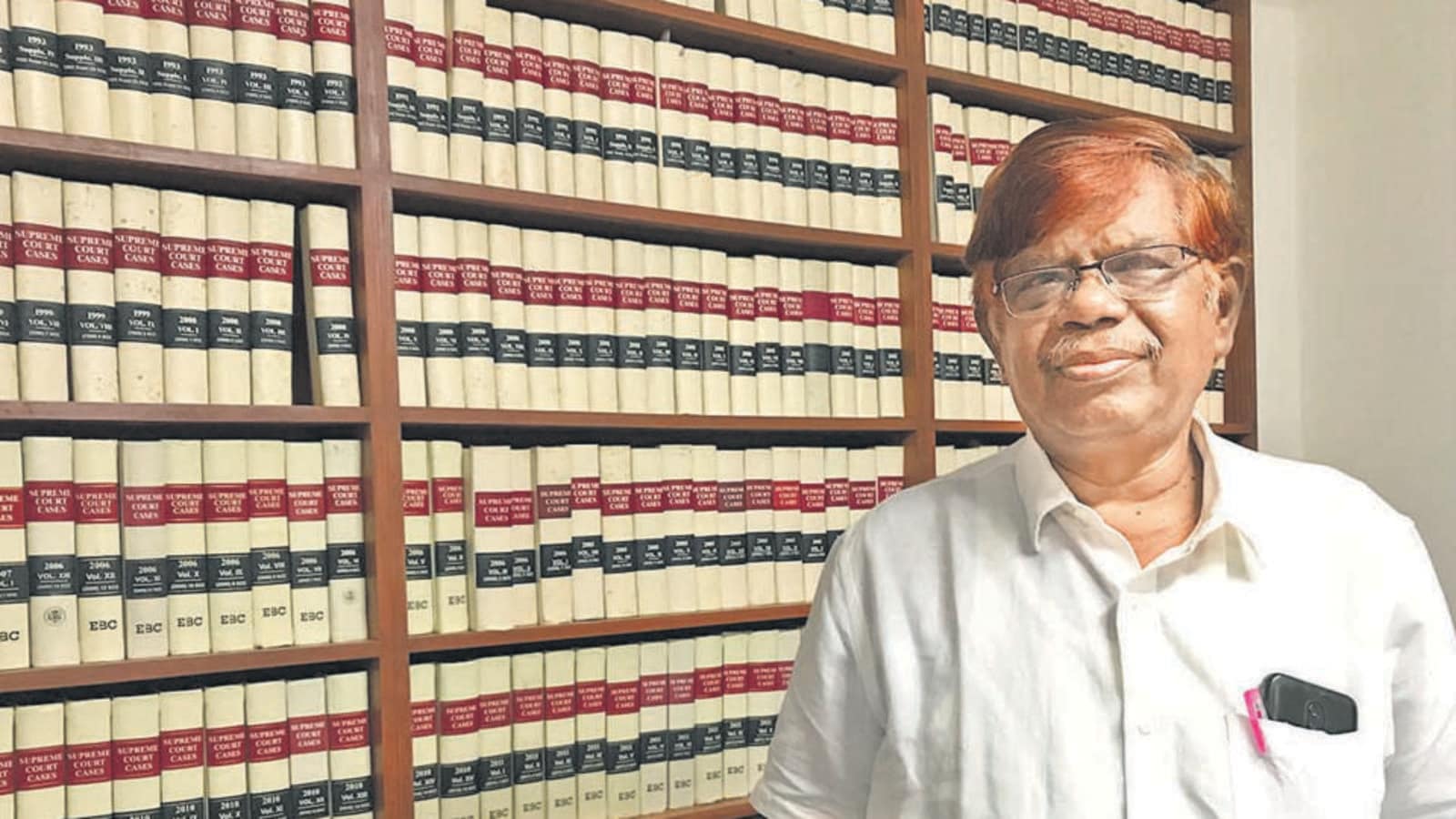 “There is nothing like defaming an amorphous group. It should be specific in a defamation law,” Chandru said, adding that the movie states it’s fictional and has a certification from the censor board.

Notwithstanding the controversies that the film chose to depict the tribals as Irulars and not the original Kurula tribe, the PMK and their parent body, the Vanniyar Sangam, said that the film shows their community (and core vote bank), the Vanniyars, in poor light.

“The person who says that our children shouldn’t study three languages (under NEP) will release his movie (Jai Bhim) in five languages. Let’s understand the selfish lot,” Raja tweeted earlier in November. PMK has been on a warpath since.

On November 18, Vanniyar Sangam wrote to the information and broadcasting ministry to not consider Jai Bhim for any awards. On November 15, the Vanniyar Sangam sent a legal notice to the makers of the film and OTT platform, Amazon Prime seeking ₹5 crores in damages. The film isn’t in theatres as yet.

Chennai police have deployed armed policemen at Suriya’s residence after PMK members announced a cash award for attacking him. Their grouse is that the name of the sub-inspector who beats Rajakannu to death has been changed from Anthonysamy to Gurumurthy in the film, which they say is a reference to a prominent Vanniyar leader named Guru.

Chandru quotes a similar contempt case from 2012, which he dismissed as a Madras HC judge. The case was filed by a practising Madras HC advocate aggrieved by an article in a Tamil newspaper Dina Malar that published a story titled, “Vanniyars are becoming Gounders (another caste higher in the hierarchy)”.

In his order then, Chandru had quoted the work of M N Srinivas, a sociologist from the Delhi School of Economics, who described caste structure and mobility through a concept called Sanskritization as academic background for the news item.

Chandru also refuted allegations that the film causes enmity between communities. He said that the only living names that the film retained are his and that of investigating officer I Periyasamy, who submitted a report to the court confirming police brutality. Periyasamy is now 88-years-old living in Pollachi. Since Rajakannu is deceased his name was retained too. The film is directed by Tamil journalist S Gnanavel, who knew Chandru through his work and listened to his story during a train journey they took together. The case has been taken up in the film, but it’s still a work of fiction and has obtained a censor board certificate accordingly, said Chandru.

“If the scene shifts to the court I’ll be happy because it is a rational forum where the law will speak and not muscle,” said Chandru.

This world view of Chandru’s inspired him to study law, take up human rights cases and eventually pass landmark judgements.

The signboard outside his Mylapore office in Chennai that says ‘please do not remove your footwear’ is an example of his divergent cultural standpoint. One of his traits that became a subject of discussion is the story of how on his retirement day as a Justice in 2013, he submitted a declaration of his assets, handed over his official car and took a train back home.

The day he had assumed charge as a judge in 2009, his house bell rang at 6.30 am. “The then chief justice had sent the car so early to wait so that I wouldn’t take a train,” Chandru recalled.

Every home he took up in Chennai, whether in Mylapore or Mandaveli, was to be close to the train station.

In July 1993, when Chandru was an advocate in the Madras HC, he was invited to speak at a teacher’s conference in Neyveli. It was there, when an activist, having seen posters of the event, brought a Kurava tribal woman Parvati to meet him.

Her husband, Rajakannu was falsely accused of stealing jewellery and was beaten to confess to the crime until he died in police custody. But police had told Parvati that he escaped. Since Chandru had to take a bus at 5.30 pm that evening back to Chennai, Parvati visited him in the city later and narrated her ordeal.

Chandru took up the case pro-bono, built evidence which turned it into a murder case and in 1996, the court, in its interim order, gave monetary compensation and government land for Parvati. This is the portion that was made into the film, though the original case went on for 11 years and culminated in 2004 in another district sessions court.

While the case was ongoing in 1996, Chandru had written about it in detail for Tamil magazines such as Ananda Vikatan and Kalki. “But it is being talked about only now. After the film’s release, the original judgment has been downloaded more than 4000 times,” Chandru said.

Parvati has moved to Chennai with her children and grandchildren where she continues to live in squalor in a slum in suburban Mugalivakkam. During the crucial moments of the case, police had offered Parvati a bribe of ₹1 lakh. “When they offered her a thousand times the monthly earnings, she said to speak to my lawyer. I have not seen such a heroic tribal woman,” Chandru recalled.

On what has changed since the 1993 case began, Chandru said the issues remain the same if not worse. “Barbarism has equally increased,” he said, citing the Sathankulam case in Thoothukudi district in 2020, where a father and son duo Jayaraj and Bennicks died in police custody.

“As a lawyer, I would have dealt with 15-20 lock-up deaths, torture and encounter (extrajudicial killings),” he said, adding, “After so many years when I became a judge, I handled more than 45 such cases. That is three times more.”

He said this training, however, helped him be determined not to delay judgments in such cases. “Parvati’s case took nine months. But similar cases that came before me took only 3 to 4 months,” he said.

“This exposure – that such things do happen is required for judges. We can’t stop the recurrence. But we can show timely relief. Parvati got ₹4.5 lakh compensation. In my court, all the victims got ₹8-10 lakhs.”

During his six and a half year tenure as judge, he disposed of 96,000 cases in total.

The retired judge, who is now engaged in arbitration and teaching law, is writing his yet to be titled biography on his 50 years of experience with Indian judicial system.

Mansukh Mandaviya at Express Adda: No poor person should die in...

Sidhu Moose Wala death: Singer-politician who was shrouded in controversy

Surat: Court to pronounce verdict in Grishma case on April 16

Punjab firm: Cannot share even a drop of water

No world for introverts