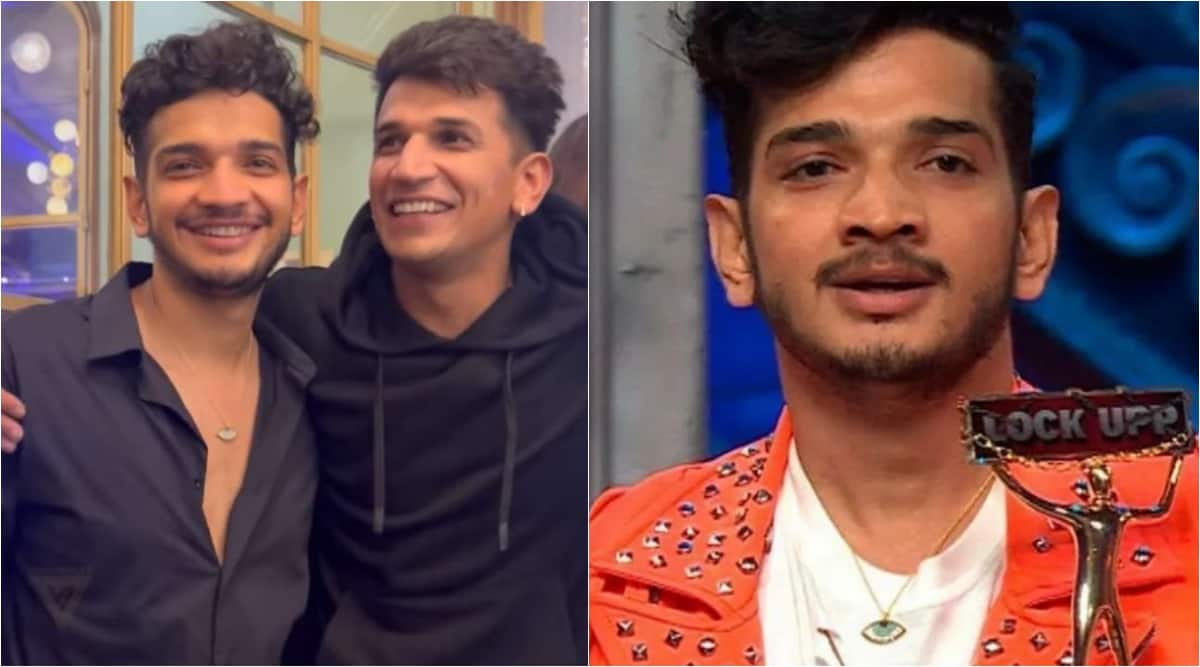 Reality show star Prince Narula is happy about Munawar Faruqui winning Lock Upp. Having been a part of the show as a ‘trouble maker’ for three weeks, the actor developed a close bond with the contestants. Post the finale of the Kangana Ranaut-hosted show, In a conversation with indianexpress.com, he said about Munawar, “There were only a few people who really worked hard on the show, and he was one of them. He lost his parents at a young age and has gone through a lot in his life. Munawar has struggled his way so far. He totally deserved this victory.”

On the show, Prince was often seen telling Munawar he has something to give him after the finale. On being asked what it was, he said, “Maine usse already bata diya hai (I have already told him). In the family week, when Yuvi (wife Yuvika Chaudhary) sent me a letter, she asked me to support him. I couldn’t tell him then as they would have known I am not a contestant. I just wanted to make his journey tough so that when he wins, it looks like a hero’s win.”

While many had expected Prince to be a tough nut to crack, he turned out to be a sweet ‘trouble maker’ who always watched out for the kaidis. “I just went inside for three weeks to pump up the game. I didn’t want them to feel that I am here to rule over them. I am not that kind of a person. I just wanted them to play the game individually. I did my job with love and fun, and that worked best for the show,” he replied.

Prince Narula will soon be seen playing the lead role in ALTBalaji’s next web show. As there was time for the show to go on the floor, producer Ekta Kapoor suggested he enters Lock Upp to create some drama. “I am done with doing reality shows as a contestant now. Ekta ma’am gave me the responsibility, and I had dates, hence I went on the show. There was no sense of competition for me.”

Lastly, talking about the other contestants, Prince said that Anjali Arora is like a younger sister to him. As for Azma Fallah, the actor said she is like a sweet child. He also lauded Payal Rohatgi and Shivam Sharma, who were also the finalists on the show.

Here’s a ‘party winner’ recipe of a cheesy dip to amp...

Booster must be same as first two jabs, extra fee of...