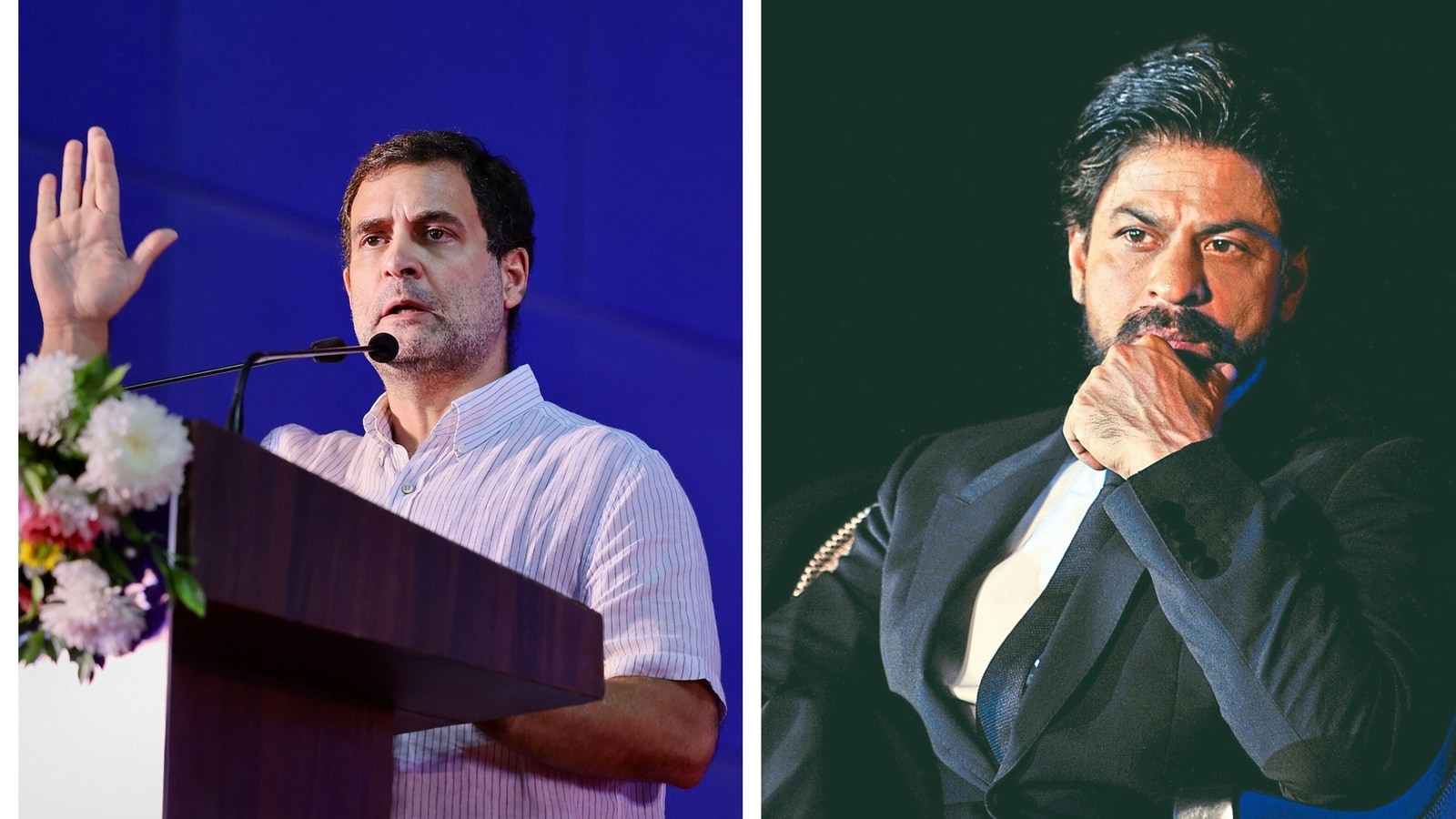 Congress leader Rahul Gandhi had reached out to Bollywood superstar Shah Rukh Khan when his son Aryan Khan was in jail in connection with the drugs-on-cruise case. In a letter addressed to Shah Rukh and Gauri, the Congress MP extended his support to him and wrote, Truth cannot be held hostage for long.”

The letter was written on October 14, when Aryan Khan was lodged at the Arthur Road prison.

It’s not easy to see a loved one in such a situation, Rahul wrote adding that he was meaning to write to SRK for something. “I know that you are compassionate and created goodwill in the community. That’s why I can see widespread support for your family,” the letter read, according to people aware of the development.

Congress spokesperson Randeep Surjewala, however, said if there is any such letter, it can’t be made public as it was a personal exchange between Rahul Gandhi and Shah Rukh Khan.

Aryan Khan was arrested on October 3 after the Narcotics Control Bureau raided a Goa-bound cruise accusing that drugs were being used at the party. Aryan Khan was invited to the party and no drugs were found on him. After spending about 22 days in Mumbai’s Arthur Road Jail, Aryan Khan finally walked out of the prison on October 30, two days after the Bombay high court granted him bail on October 28.

The drugs case snowballed into a major political controversy after the Nationalist Congress Party threw its weight behind Aryan Khan, with NCP leader and Maharashtra minister Nawab Malik bringing a series of allegations against NCB Mumbai zone chief Sameer Wankhede.

On Tuesday, Rahul Gandhi tweeted in support of Virat Kohli who has been facing the wrath of social media following India’s defeat against Pakistan and New Zealand. “Dear Virat, There people are filled with hate because nobody gives them any love. Forgive them. Protect the team,” Rahul Gandhi wrote.

India’s space debris back to levels before 2019 anti-satellite test, lowest...

Biplab Deb resigns as Tripura CM ahead of 2023 state polls,...

None will vote for a corrupt party, says Tripura CM in...

“My father said, ‘I want you to have independence, be the...